Lucifer and Chloe Decker’s intimate moment in the midseason finale was rudely interrupted by the arrival of some bickering celestials. Now a long wait lies ahead before the gripping cliffhangers are finally resolved in part two of Netflix’s popular series. Luckily, most fans are convinced their relationship will survive the hiatus.

In episode eight of the popular fantasy drama, Lucifer Morningstar (played by Tom Ellis) and Chloe Decker (Lauren German) had a serious discussion about their blossoming romance.

After some of the show’s steamiest moments so far, the dashing Prince of Darkness finally called Chloe by her real name, but couldn’t bring himself to tell her he loved her.

Whether or not his feelings are genuine will unfortunately be left to another day, as their intense conversation was interrupted by Amenadiel (D.B. Woodside) and Lucifer’s scheming twin brother, Michael.

Fans were then shocked to discover Mazikeen (Lesley-Ann Brandt) had betrayed Lucifer, and an all-out brawl broke out in the Los Angeles Police Precinct. 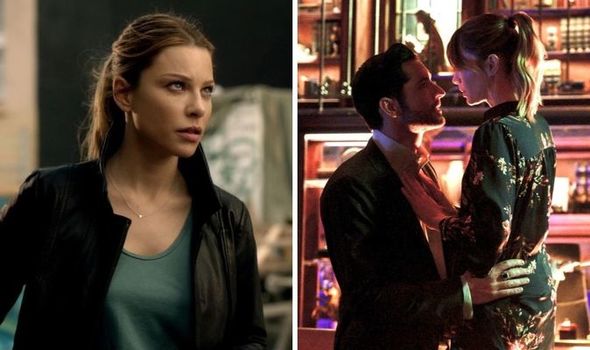 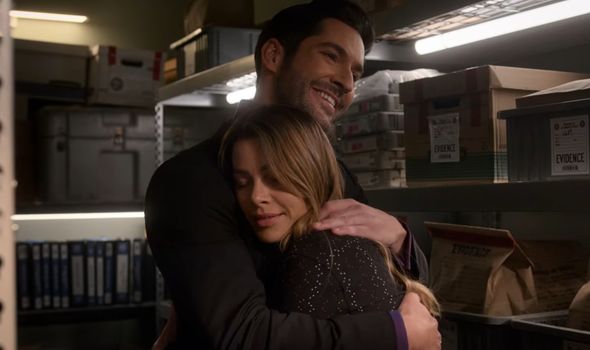 Suddenly, in the very final moments of season five, part one, the celestial showdown was put to an end by the long-awaited arrival of God (Dennis Haysbert).

What’s to come in the highly anticipated second half is anyone’s guess, but ‘Deckerstar’ fans are most concerned about seeing Lucifer and Chloe start their conversation from the top after it was rudely cut short.

Although season five finally gave the popular pairing the romantic moments fans have been waiting for, Lucifer still hasn’t used those three all important words to make their relationship completely official.

The audience is currently divided on whether Lucifer does indeed love Chloe, or if the fallen angel is even capable of love in the first place. 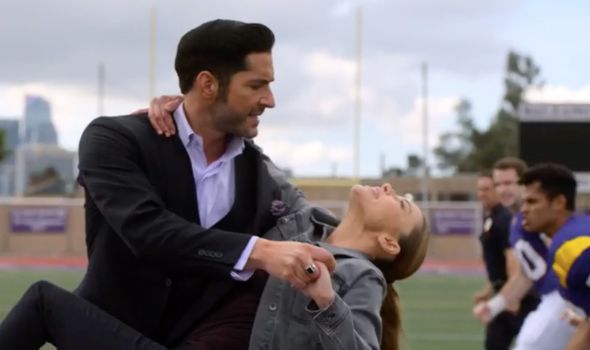 However, most ‘Lucifans’ are certain the pair are meant to be, and Lucifer’s declaration of love has simply been put on hold to keep eager viewers on their toes.

In the meantime, fans have been debating how ‘Deckerstar’s romantic tension will be resolved when the midseason premiere is finally released.

Over on Reddit, one fan assured fellow Lucifer enthusiasts the show’s favourite couple will be back to normal within the first episode.

Redditor FantasticLemon posted: “I think the [‘I love you’] issue will be resolved fairly quickly.

“This will lead to a discussion on the things that he did for her in the past to prove the love was always there beside actually saying the three words.”

After protecting Chloe from numerous heavenly threats and even going to hell and back (twice!) for her, Lucifer seemed almost offended by the idea that he might not be in love with the beautiful detective.

The fan continued by reasoning their romantic conflict will be handled swiftly, yet effectively, so Lucifer can move on to healing his strained relationship with his heavenly, and literal, father.

They went on: “This will save up room for Lucifer to put more emotional exhaust toward his father with Chloe to be there as a support system for him.

“Not to say they won’t have their typical disagreements, but I think they’re both in it for the long haul- long haul being eternity.”

Most viewers agree Lucifer and Chloe will end up spending eternity forever in heaven by the end of the sixth and final outing, so don’t expect any dramatic break-ups when season five resumes.

Lucifer Season 5, Part 1 is available to stream on Netflix.

This article contains affiliate links, we may receive a commission on any sales we generate from it. Learn more