Lucifer season four is on its way and viewers have some ideas of what to expect for the next ten episodes.

As this was left as a cliffhanger fans didn’t learn exactly how she felt straight away – but they were certain it wouldn’t be good.

And season four is due to address what happened next, but it will not play out as fans will expect.

Speaking to TV Line Tom explained Chloe’s reaction isn’t something fans get to see – and that’s explained in the premiere of season four.

He explained: “When I first read our first episode, I was like: ‘Oh my gosh, I wonder how people will react to this?’

“I sensed that everyone wants to know exactly what happens in the moment straight after, and we don’t pick it up there.”

Unfortunately for fans, TV Line cut the next part from the interview as it was too spoiler-filled – however he began: “We pick it up a month later, and I’m glad we did that because—”

Tom did offer some extra details for the upcoming season, however, as he went on to assure fans everything is fine “and [Chloe’s] dealt with it”.

Lucifer, Tom continued “goes along with it, but he’s got a niggle that something’s not quite right…” 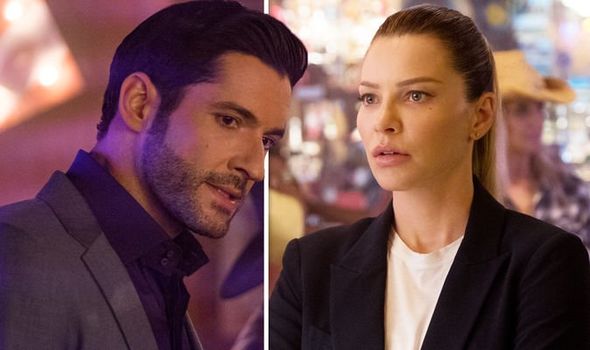 Fans don’t have to wait too long to find out exactly what Tom is talking about, but they would probably be right if they thought it had something to do with Eve (Inbar Lavi).

And from the early images released by Netflix of Eve, it looks like she is going to attempt to get in the way of Lucifer and Chloe in the upcoming episodes.

Eve arrives with some good intentions in season four, but it is not yet obvious whether she has some secret evil intentions for the evildoer.

As the original sinner, Eve will surely have some sort of power, but will she use it on Lucifer?

Chloe actor Lauren recently spoke out about the arrival of Eve, and the reveal of Lucifer’s face. 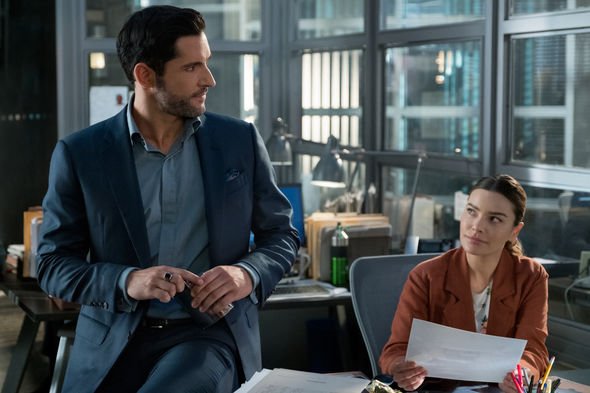 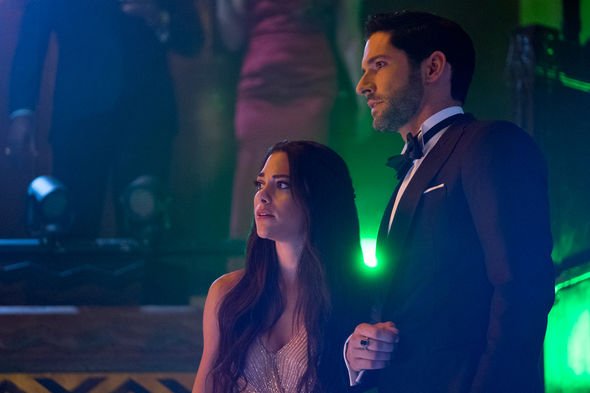 She explained: “When I did press at the start of the break, I was asked what I thought Chloe’s reaction might be, and it is pretty much in line with what I guessed.

“I guessed that she would support him and love him, but be a little scared.

But when it comes down to it, will Lucifer choose Chloe or Eve?