LOOSE Women's Nadia Sawalha was shamed on the show after Stacey Solomon pointed out all the weird items in her plate cupboard.

As well as the usual dishes and bowls, stacked haphazardly, were a series of bizarre other items. 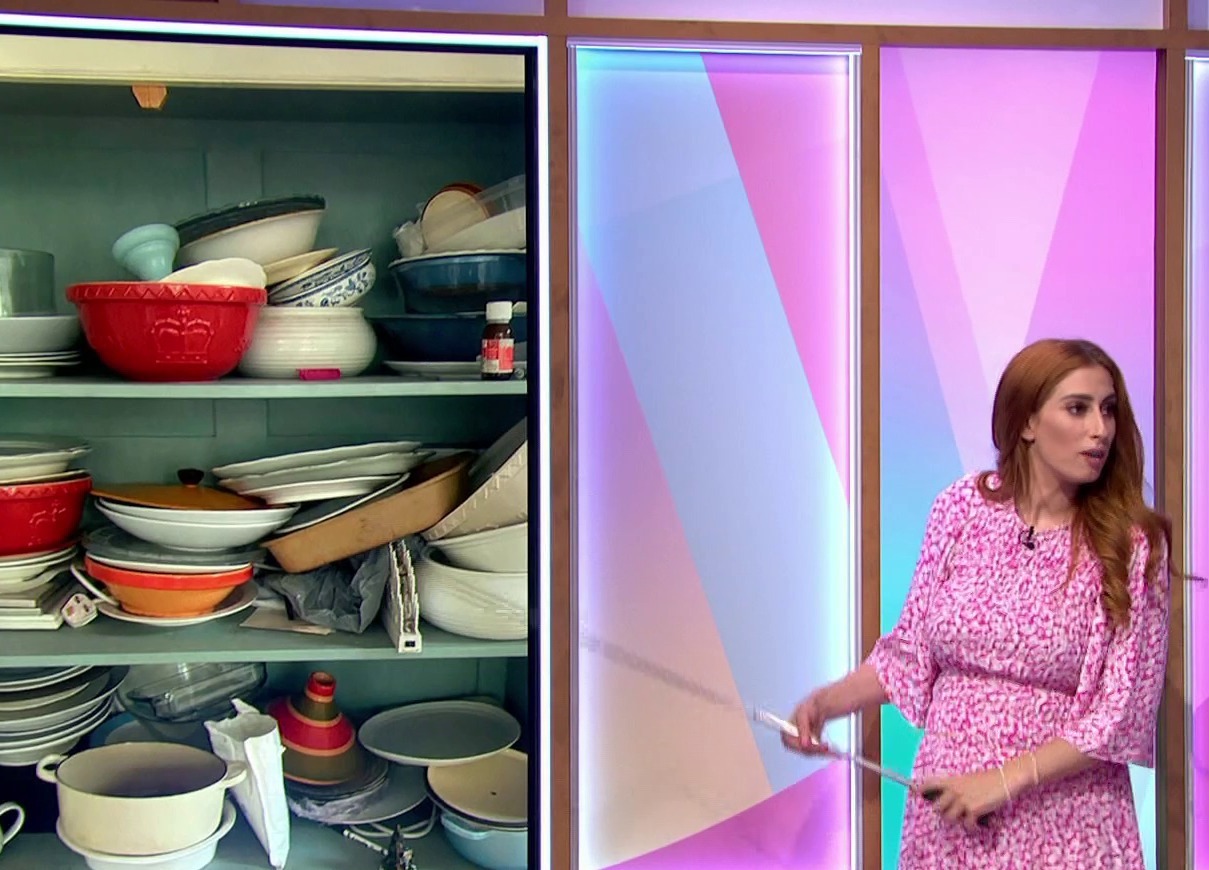 Among them were a bottle of cough medicine, a padded envelope and a plug poking out from one of the bowls.

Stacey, 31, left the panel giggling as she pulled out a baton and started pointing out various things in the clutter.

The tidying expert, who has even written a book on the subject, said to Nadia: "You've got your Calpol in there for when you have a headache."

And when co-star Jane Moore, 59, enquired: "What's that white thing at the bottom that looks like an envelope?" she giggled: "It's an envelope."

Nadia protested: "This cupboard was a lot fuller than that, but because I've got a ditch by the bus stop outside my house a big lorry went past and shook the house and they all fell out."

Stacey told her: "You tell that story as if it was a normal thing. A lorry went by and my whole house shook. Why? How do you get a plate out for dinner?"

It was the Loose Women panellists first time hosting the show as it airs pre-recorded episodes so the cast can enjoy a summer break.

Earlier this week she baffled fans by appearing on the ITV daytime hit despite making a big show of it being her last day just the previous week. 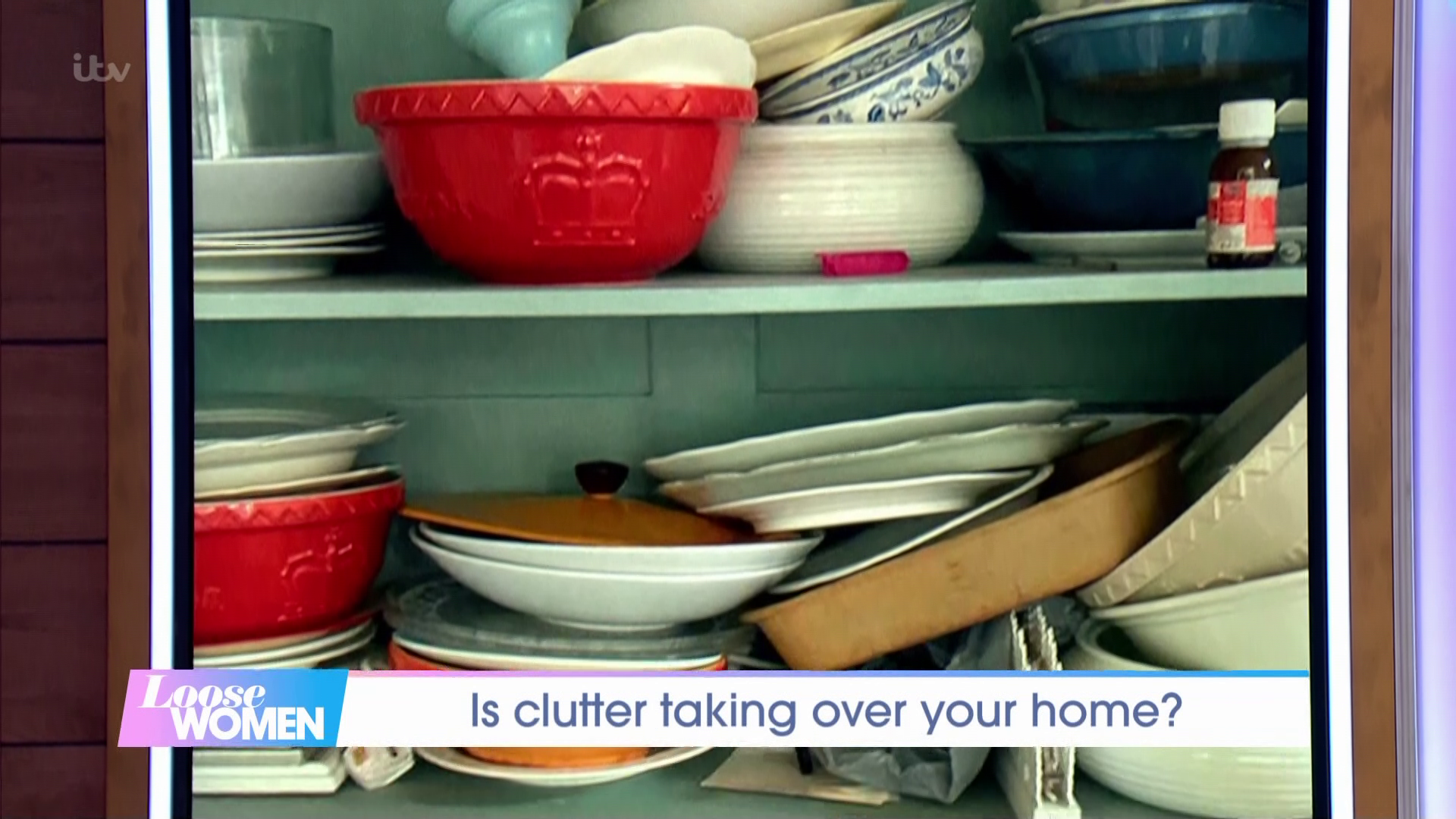 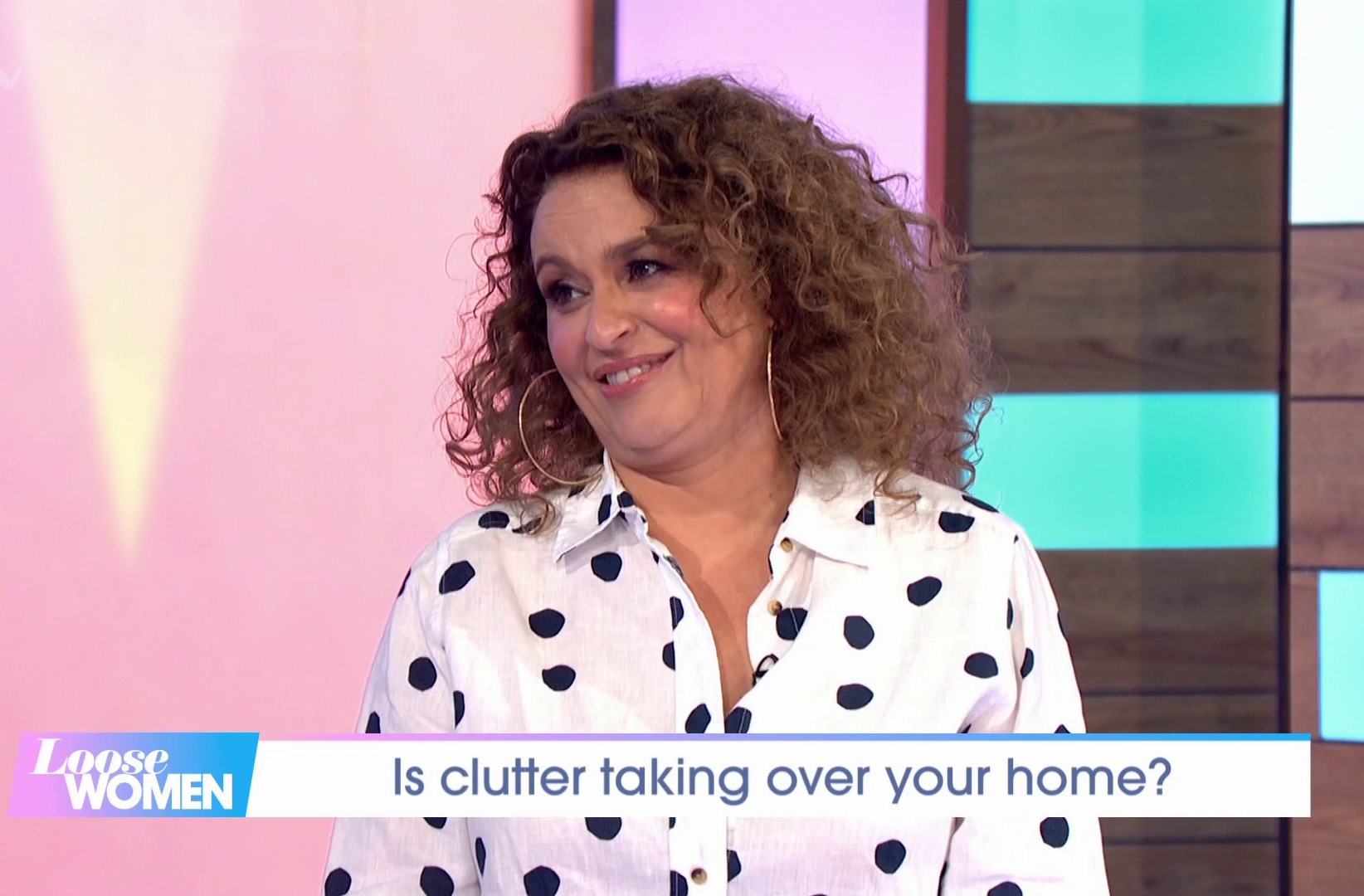 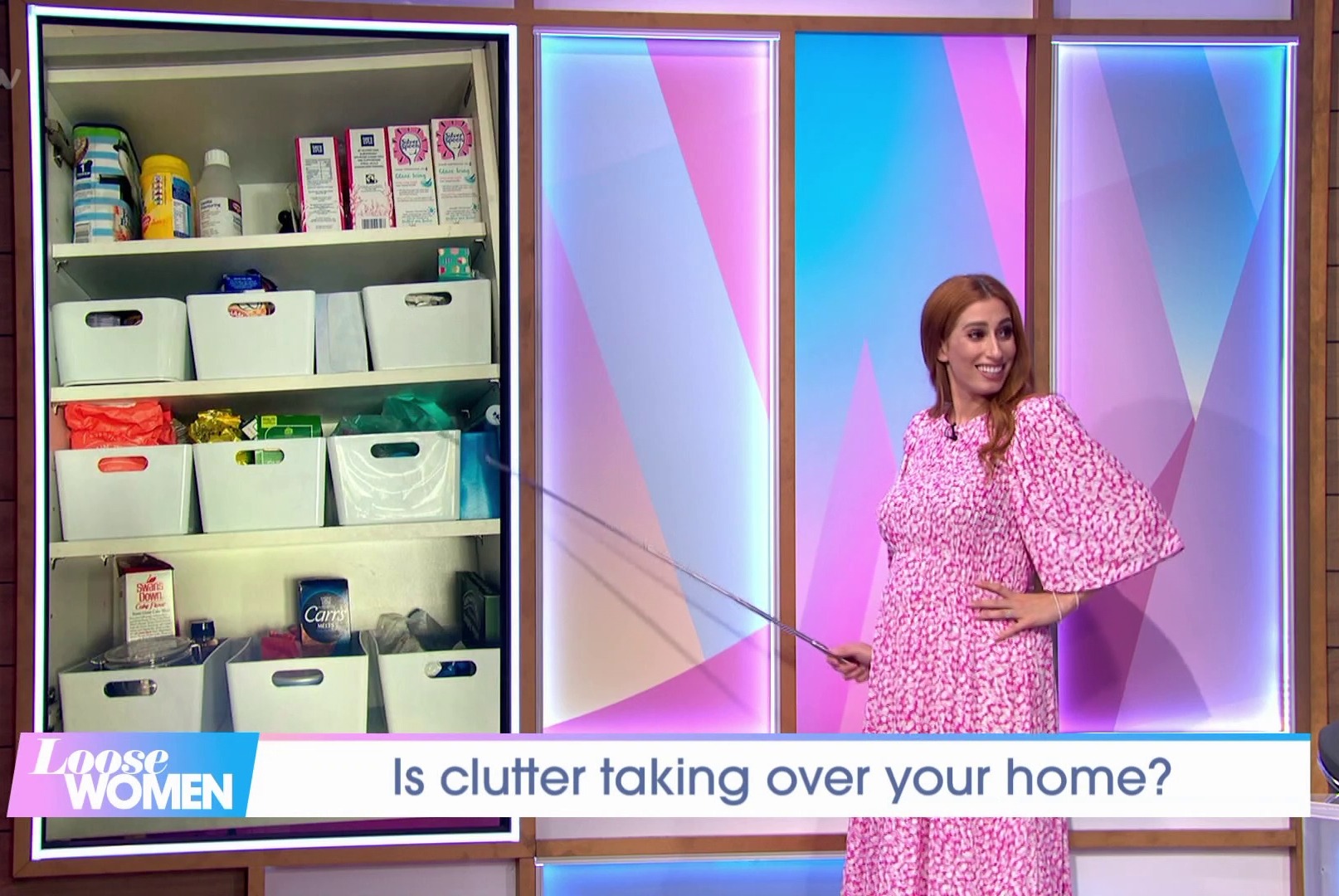