Loki is one of the new series coming to the Marvel Cinematic Universe next year via Disney+. Tom Hiddleston is reprising his role of the titular Asgardian villain after his character played a significant role in the first three phases of the MCU. Even though the series is still months away from making its debut, a new report claims that Disney has already renewed it for season 2. 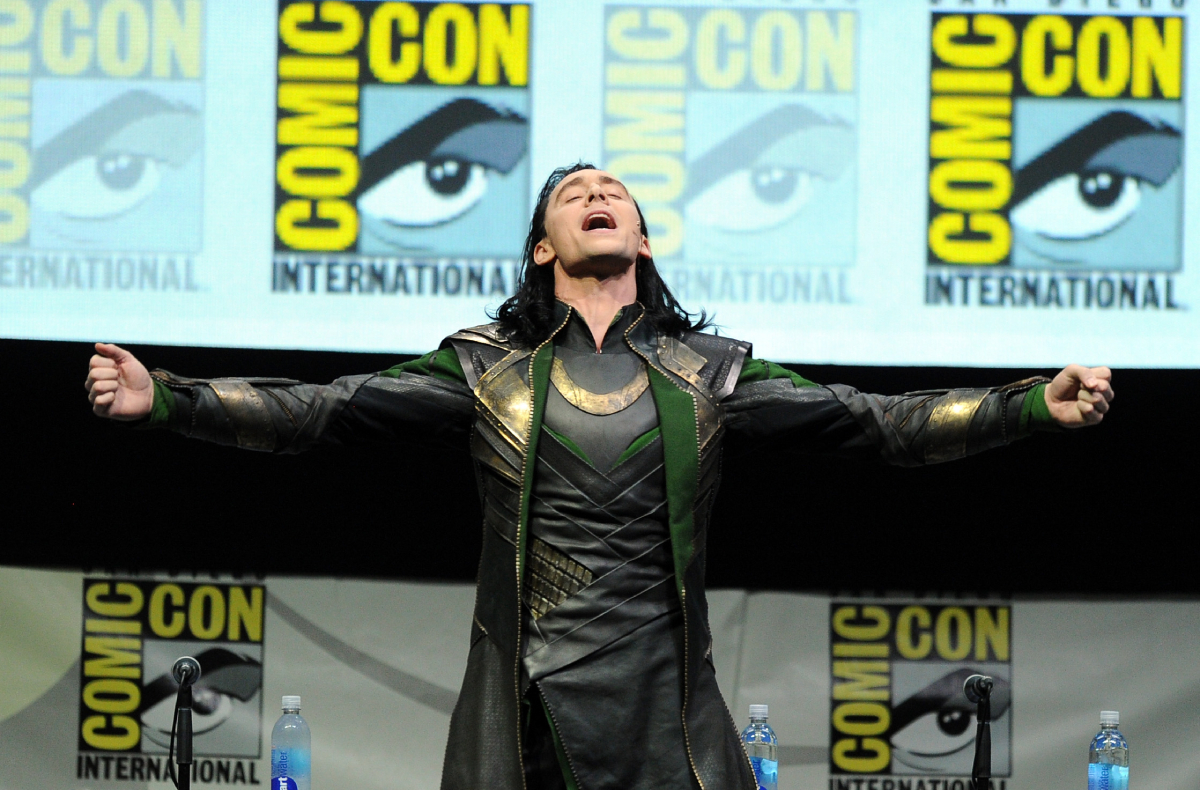 According to Digital Trends, set photos surfaced earlier this year that sparked a fan theory about the introduction of Lady Loki. The pics showed British actress Sophia Di Martino in a very Loki-like Asguardian costume.

It’s possible that she’s an entirely different character. Or, she could be the actual trickster himself shapeshifting into a woman. The Marvel comics draw from Nordic mythology, which means Loki is a shapeshifter who can change his form. But the popular theory remains that the photos are teasing a story from the comics featuring Lady Loki.

In addition to Hiddleston and Di Martino, other actors in the cast include Gugu Mbatha-Raw and Owen Wilson. Variety confirmed that they both would be joining the series, but Marvel is keeping details about their respective characters a secret.

Sasha Lane – star of Amazon’s Utopia – also confirmed in an interview last month that she would be starring in Loki in an undisclosed role.

Where and when does the new Disney+ series take place?

Fans will remember in Avengers: Endgame that Loki showed up in the story when they jumped back in time to just after the Battle of New York in 2012’s The Avengers. Loki acquired an Infinity Stone known as the Tesseract and then teleported himself into an unknown location.

The Disney+ series will pick up after that point in the MCU timeline and follow Loki as he engages in different schemes.

“You guys saw Avengers, right? He’s still that guy,” Hiddleston told the audience at Marvel’s Comic-Con panel. “And just about the last thing that happened to him was that he got Hulk-smashed, so there’s a lot of psychological evolution that hasn’t happened yet.”

Hiddleston added that Marvel boss Kevin Feige “generously” showed him what the plans are for Loki. Unfortunately, he couldn’t share those plans. But Hiddleston promised it is “one of the most exciting creative opportunities” he has ever come across.

Many fans are wondering if this creative opportunity includes time travel. An early synopsis of the series said that Loki would “pop up throughout human history as an unlikely influencer on historical events.”

The first image of an early logo for the series indicated that Loki was walking down the street in 1975. Is it time travel or just a flashback? The consensus among fans appears to be that time travel will be part of Loki. How that will happen remains a mystery.

Showrunner Michael Waldron revealed that Loki is all about the titular character’s “struggle with identity.” Loki is struggling between who he is and who he wants to be. Waldron explained that he’s drawn to characters who are fighting for control.

“Certainly, you see that with Loki over the first 10 years of movies — he’s out of control at pivotal parts of his life, he was adopted and everything, and that manifests itself through anger and spite toward his family,” Waldron explained.

Disney appears to be so impressed with the first season already that they are already committing to season 2. According to Screen Rant, a new list in Production Weekly of production dates for upcoming film and TV shoots mentions season 2 of Loki. The listing also indicates a January 2022 filming start date for Loki season 2.

Season 1 will reportedly feature just six episodes. Between the popularity of Loki’s character and Hiddleston in the role, the new series might just become a Disney+ staple.

Marvel/Disney has not yet announced a premiere date for Loki season 1.