Season five, episode six of Line of Duty saw a conclusion of sorts in the H conspiracy which has spanned the last two seasons. The finale delved further into the mystery of police corruption in the force. At the end of season four, AC-12’s head Ted Hastings (played by Adrian Dunbar) was suspected of being H and throughout this season it looked like he could very well be the mysterious figure.

Hastings was revealed not to be H. In fact, H wasn’t a person at all.

Kate Fleming (Vicky McClure) had misread the signs when she was trying to extract information from Matthew “Dot” Cottan/The Caddy (Craig Parkinson) in his dying declaration.

She initially thought the shady figure’s name started with H. But it emerged he was trying to signal towards his hand, which he was using to make a Morse Code signals.

In episode six, Kate interpreted the signal as “dot-dot-dot-dot” which is H in Morse Code.

However, she seemed to realise he was referring to four Caddies within the police force. 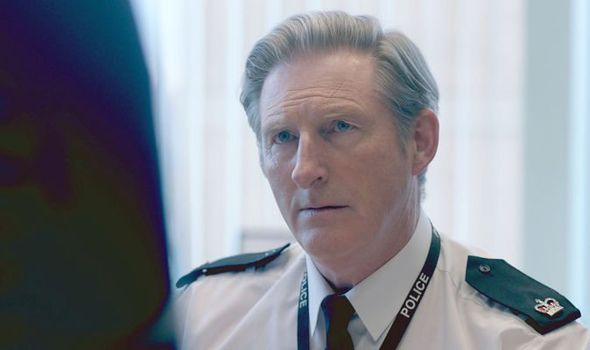 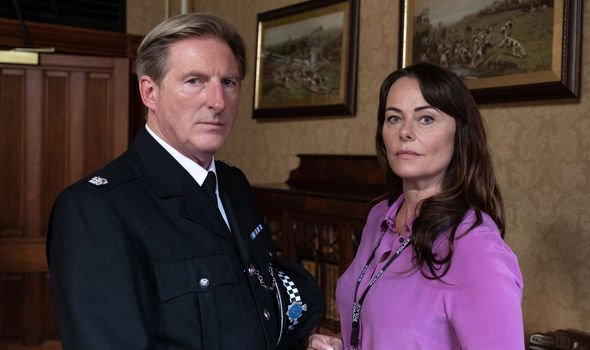 So, AC-12 has wrongly been looking for a shadowy H figure when really it should have been trying to find the Caddies hidden inside the police service.

Season six would logically expect the anti-corruption unit to now try and establish the identity of the fourth Caddy.

Gill Biggeloe (Polly Walker) was revealed to be the third Caddy, working for whoever the ultimate puppet master was and trying to frame Hastings.

The revelation leads to further questions about who exactly is trying to frame Hastings, who is getting closer to the truth than ever before.

Interestingly, Kate looked quite dodgy as she offered up her new interpretation.

She also seemed to look a bit shifty as she observed Steve Arnott (Martin Compston) re-watching the footage of Dot’s dying declaration.

WHAT WAS DOT’S DYING DECLARATION IN LINE OF DUTY?

No, seems to the short answer for now. Hastings was cleared of any wrongdoing despite the best efforts of Patricia Carmichael (Anna Maxwell Martin) to prove his guilt.

Hastings was found guilty of discreditable conduct but he received a written warning and remained in charge of AC-12.

Meanwhile, Operation Peartree was a whitewash and officially closed with the line from the top brass concluding there was no institutional corruption within the police force.

However, Hastings still came across as quite dodgy after we discovered he gave £50,000 to the widow of John Corbett (Stephen Graham) – it almost felt like guilt money with the senior police officer feeling he was responsible for the death. But could there be something else there? 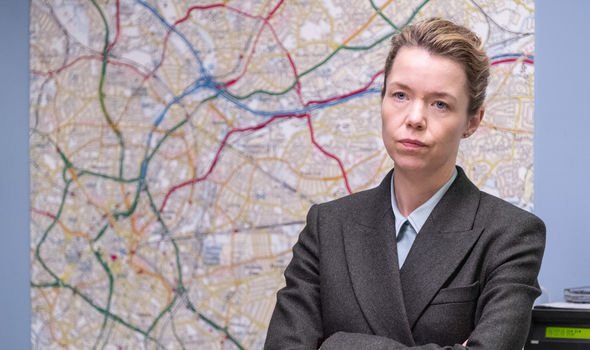 Also, Hastings’ reasons for disposing of his laptop hardly seemed watertight. He claimed to have binned the computer because he’d been using it to watch pornography but it felt like a lie. There was clearly a lot more going on beneath the surface.

If anything, the episode revealed Hastings can and will lie if he needs to. He also had an ambiguous past which again means he’s not as squeaky clean as we might have first thought.

Season six could see more double-dealing from Hastings with audiences again learning more about him.