EXCLUSIVE: Lewis Colick (Flamin’ Hot) has signed on to script a feature adaptation of No Grey Areas for 413 Productions and The Entertainment and Education Company.

Joseph N. Gagliano’s critically acclaimed novel is based on his own remarkable true-life story, which is also the subject of a Netflix doc, slated to debut later this year.

At the age of twenty-four, Joe was the mastermind behind the ASU basketball point-shaving scandal; one of the largest scandals in sports history involving the FBI, DOJ, organized crime, and the loss of several promising professional sports careers. His story was widely covered by the nation’s media as a suspenseful journey filled with tension, heartache, betrayal, consequences, and eventually redemption.

Eric Hannah and Jodi Hannah will produce the film, with Gagliano on board as exec producer. The team has already secured all capital necessary to finance the pic, which will be shot next year. 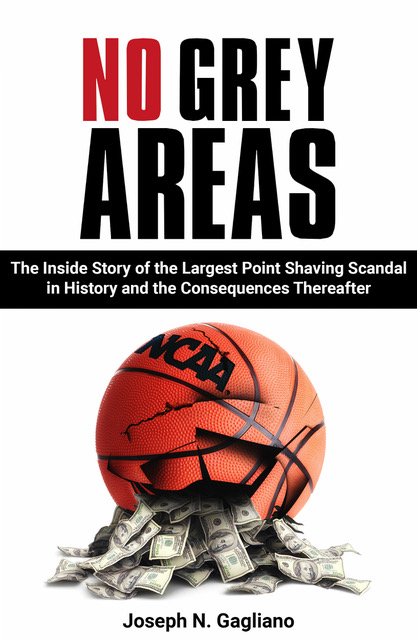 Colick recently penned the script for Flamin’ Hot, which tells the true story of former Frito Lay janitor-turned-executive Richard Montanez, whose creation of Flamin’ Hot Cheetos disrupted the food industry and became a pop culture phenomenon. Eva Longoria will make her feature directorial debut on that project from Fox Searchlight and Franklin Entertainment, starring Jesse Garcia and Annie Gonzalez, as we told you first.

413 Productions and The Entertainment and Education Company are the production companies behind the Ambassadors of Compassion Million Student Initiative to impact students across America and beyond. Founded in 2010, Ambassadors of Compassion is a resiliency-building program that equips students with the critical skills necessary to navigate and succeed through life’s inevitable challenges. Prior to its theatrical release, No Grey Areas will be shown to millions of students in public schools worldwide, as part of this initiative.

Independent manager and producer Michael Van Dyck and his company Inspired Entertainment represented 413 Productions and The Entertainment and Education Company in the deal with Colick.

The scribe is repped by APA, Industry Entertainment, and McKuin Frankel Whitehead.