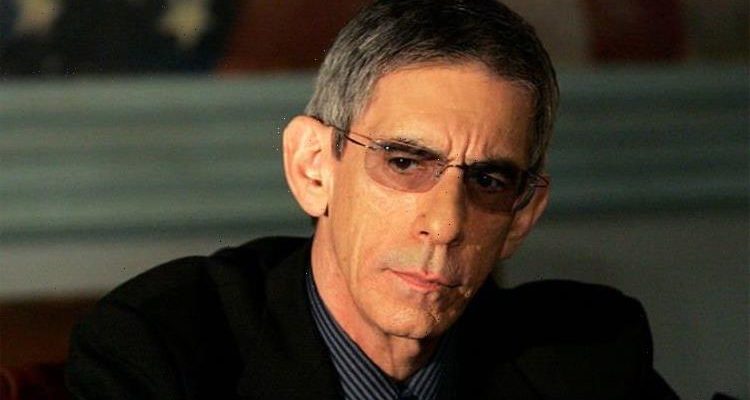 Law and Order SVU’s season 22 may have aired its season finale recently on NBC, but that hasn’t stopped fans from revisiting the earlier seasons to spot some clues. One viewer has spotted a major error from season two regarding a troubling case for Detective John Munch (played by Richard Belzer).

Ever since Belzer’s character John Munch first appeared on Law and Order SVU in 1999, he was a fan-favourite amongst audiences.

The beloved detective retired from the squad in the season 15 episode titled Wonderland Story.

However, the character has guest-starred on the series twice since his retirement to offer aid and support to his former colleagues.

Despite the character not starring on SVU for seven seasons, fans still greatly miss the detective and have returned to earlier seasons to see the man in action.

However, one viewer has spotted a major blunder from the season two episode Legacy, which featured a particularly difficult case for Munch.

In Legacy, a seven-year-old girl is in a coma after it was revealed that she was abused.

Munch and the team investigate the girl’s dysfunctional family to find out what happened to her.

Munch struggles with the case and he later reveals to Olivia Benson (Mariska Hargitay) that when he was young, there was a little girl who lived across the street from him.

He had learned she was being abused for years and the young girl was later murdered by her own mother.

This memory was particularly painful for the detective and Munch admitted to Benson he has always felt guilty for not being able to help the girl.

At the end of the episode, Munch decided to return to Emily’s bedside as she recovered and he read to her in the hospital.

However, during this touching scene, one fan has taken to the site Movie Mistakes to point out a major error.

They said: “In the scene where Detective Munch visits the hospital room of a young comatose girl for the first time, the girl’s left arm is alongside her body above the top sheet.

“As Munch approaches the bed, her arm is below the top sheet,” the fan continued.

“When Munch visits the still-comatose girl a second time in the last scene of the episode, in the foreground as he is entering the room the girl’s head is turned, facing her right.

“As he pauses to watch her, in the next shot she is now facing upright towards the ceiling.

“In this same shot, the purportedly still-comatose girl slightly moves her head and lips as if swallowing,” they concluded about the error.

Despite the error, the emotional scene was a rare touching moment in Munch’s time on SVU.

Actor Belzer has portrayed the detective since 1993, ever since the character first appeared in the pilot for Homicide: Life on the Street.

The character was known to be kind and supportive towards his fellow detective, as well as the victims he was questioning.

The end scene with the young, comatose girl is the perfect example of Munch’s caring nature.