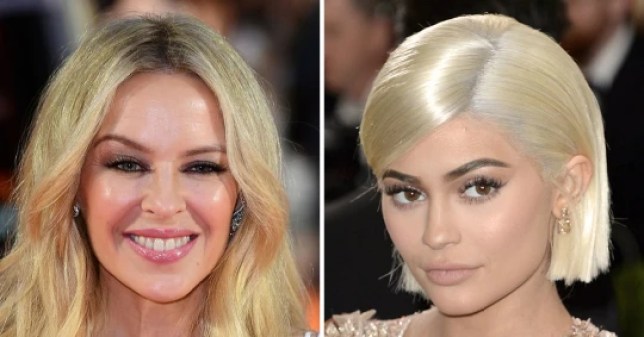 Kylie Minogue has opened up about her legal fight with Kylie Jenner, in which the Can’t Get You Out Of My Head singer won ownership of the name ‘Kylie’.

In the battle of the Kylies in 2017, both wanted to call their cosmetics range ‘Kylie’, but the popstar won the naming rights in court.

Now, the 54-year-old singer has said the legal battle was ‘just business’.

‘When I was named Kylie, I think I met one person older than me called Kylie. So it’s kind of unusual,’ she said on Tuesday’s episode of Watch What Happens Live.

‘I’ve spent a lifetime protecting my brand and building my brand so it was just something that had to be done.’

‘But let me also say we came to an agreement,’ Kylie said.

At the time, the I Should Be So Lucky singer’s lawyers sent the US Patent and Trademark Office a long list of reasons why the trademark should not be granted, which included describing the youngest Jenner sister as ‘a secondary reality television personality.’

Andy added to Kylie: ‘Oh my God. Did you have to call Kris Jenner and be like “let me tell you something”.’

Kylie Jenner applied to trademark ‘Kylie’ back in 2014 for her cosmetics and clothing business.

This was problematic since Kylie Minogue had already sold products like clothes, furniture and fragrances under the name ‘Kylie’.

Subsequently, the Patent Office rejected Jenner’s application in February 2017, although the reality star apparently appealed against this decision.

Watch What Happens Live with Andy Cohen airs weeknights on Bravo in the US.