KYLIE Jenner has bought daughter Stormi, 2, four baby Prada handbags just days after she was slammed for splashing out on a $1,180 Louis Vuitton mini handbag for the toddler.

The KUWTK star posted a picture of her new purchase on Instagram, and wrote: 'had to get all the baby prada's to match mommy'. 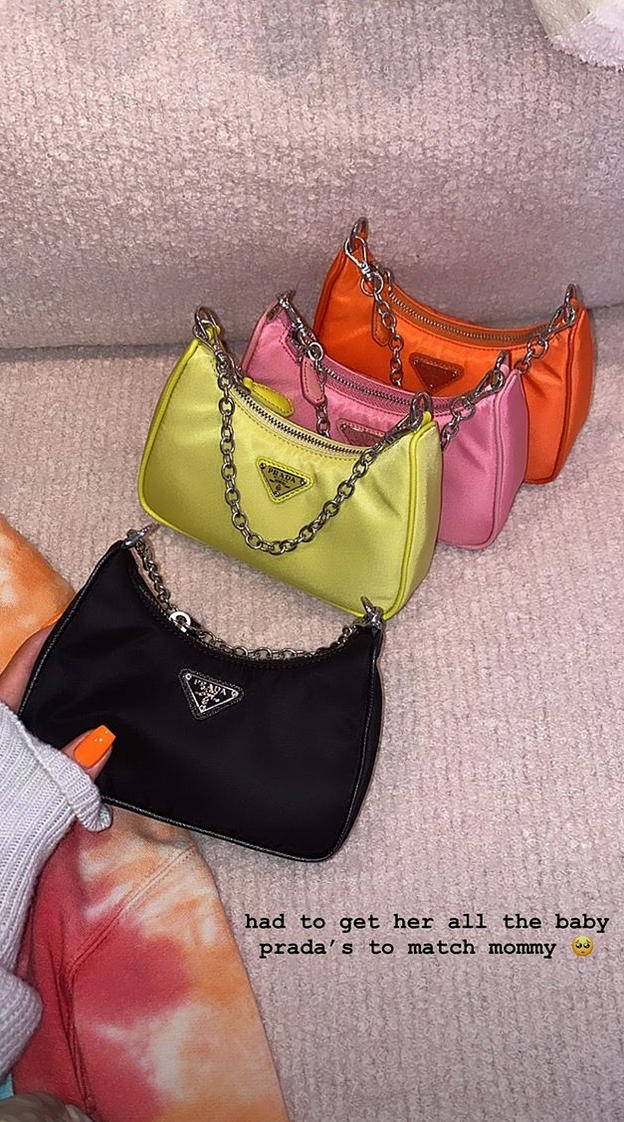 Kylie also showed off some of her other purchases – three new pairs of sneakers and a personalized 'STORMI WORLD' sweater.

The cosmetics mogul, 22, posted a photo of Stormi sitting poolside with the exclusive mini hand bag by her side.

Sporting the iconic Luis Vuitton monogram, the tiny bag in white is described as the "perfect miniature version of Louis Vuitton's iconic Speedy bag" and would have set Kylie back a cool $1,180. 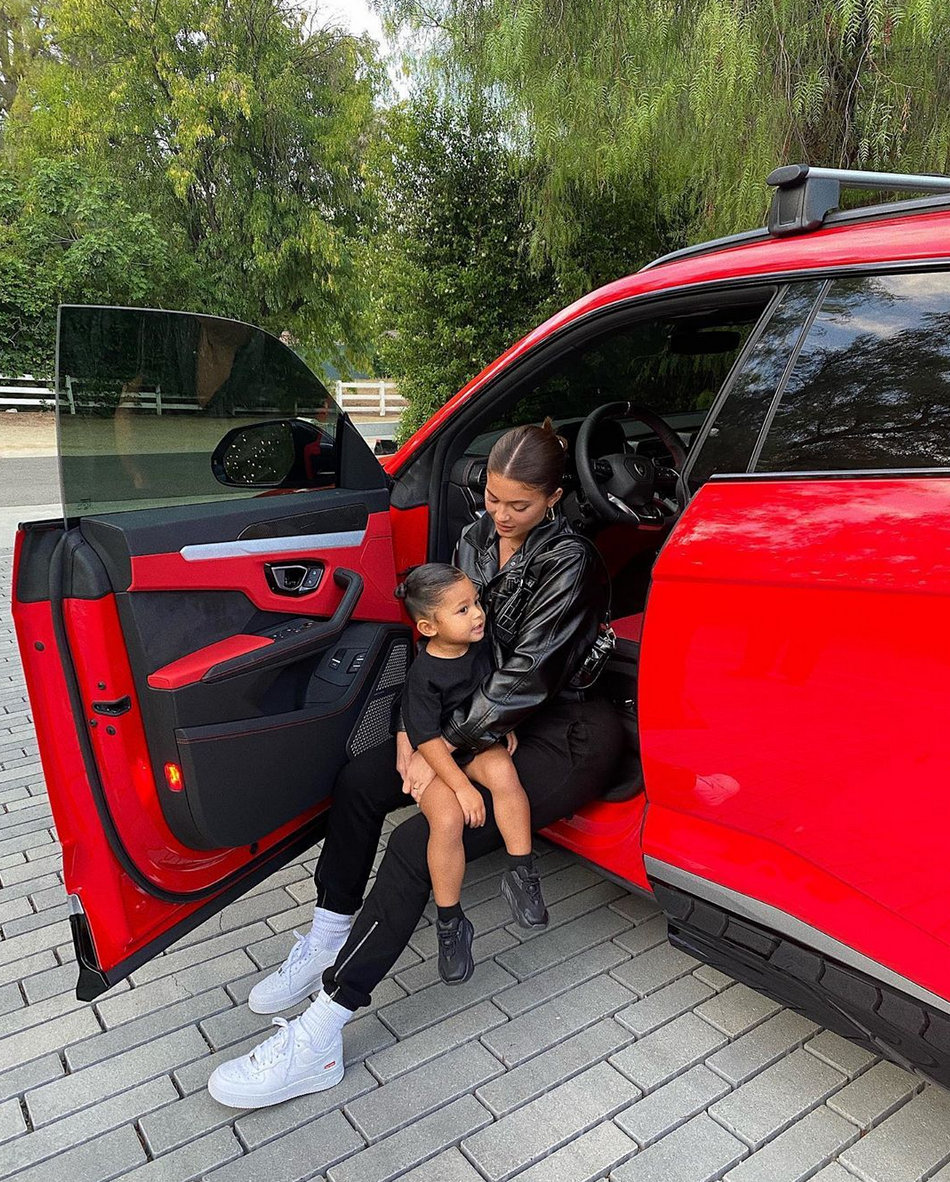 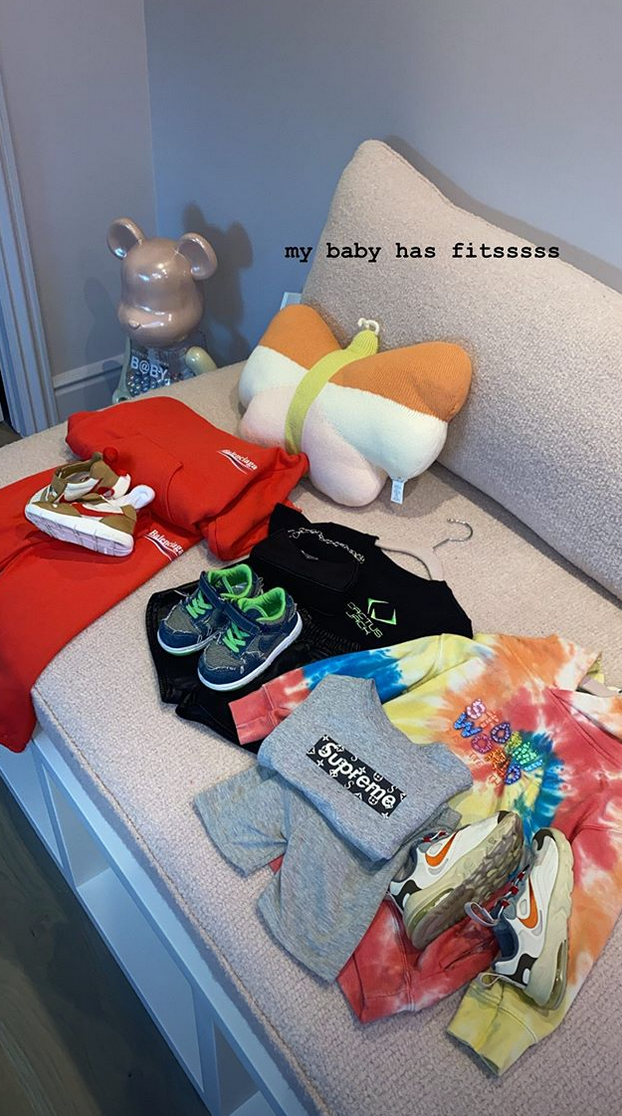 She captioned the cute pic: "coolest baby to ever do ittt⛈🤍🤍"

Kylie later posted the same photo on her Insta stories, writing "my love" alongside Stormi.

But fans were outraged Kylie would spend so much on a handbag for a toddler.

One Instagram user wrote: "The cost of her handbag could feed the hungry children in LA. Just saying!"

But Stormi is no stranger to designer wares. 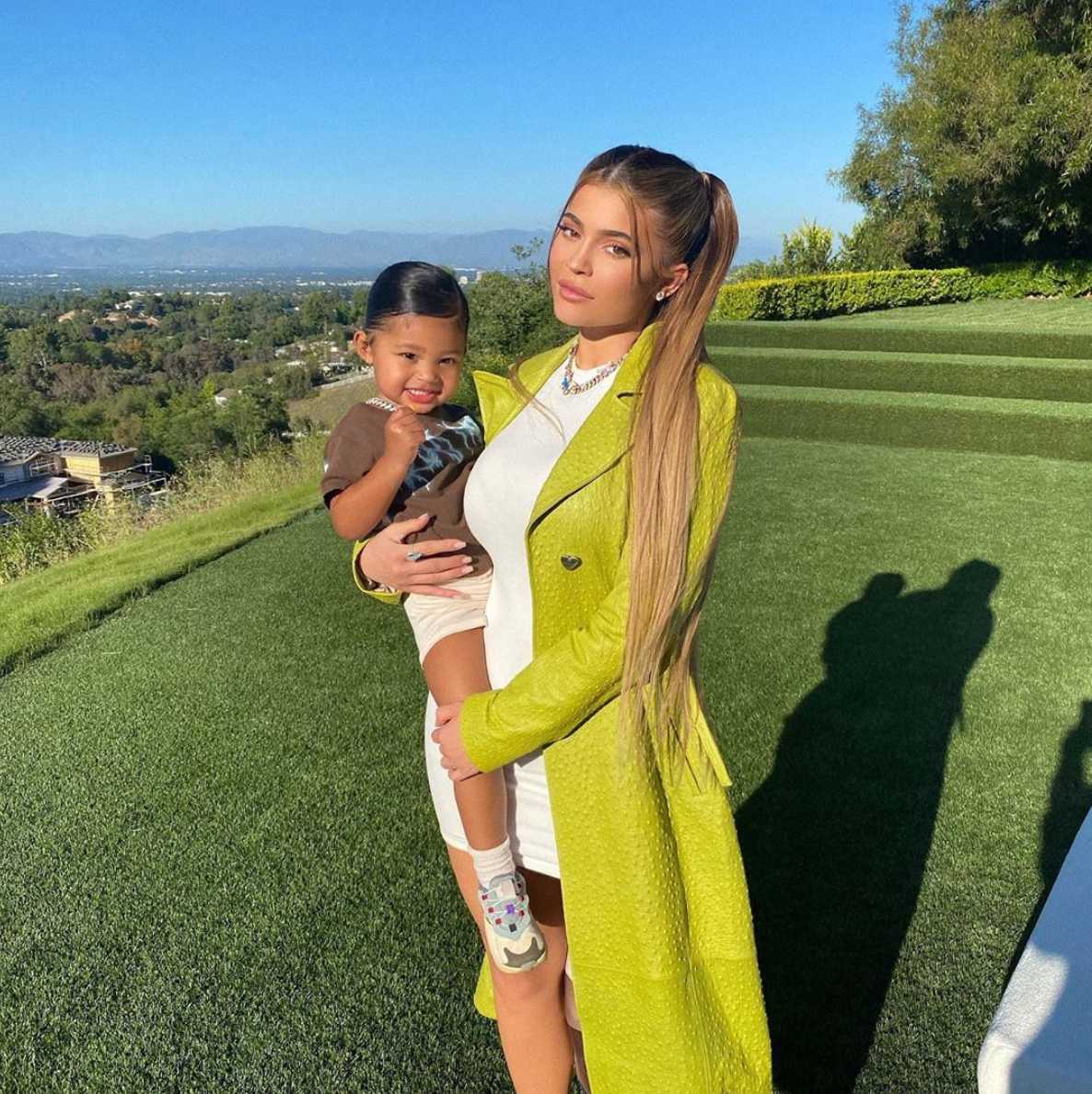 Last year, Kylie shared a video of the toddler effortlessly throwing a black version of the bag over her shoulder after her aunt Kim Kardashian brought it back from Japan as a gift.

Kim "kept one for myself and extras for the future" while gifting the others to her daughter Chicago and North, 7, and also to her other nieces True, 2, Dream, 3, and Penelope, 8.

Stormi's new handbag comes after her mom personalised her custom Rolls Royce with an engraving that reads "Stormi's Mom". 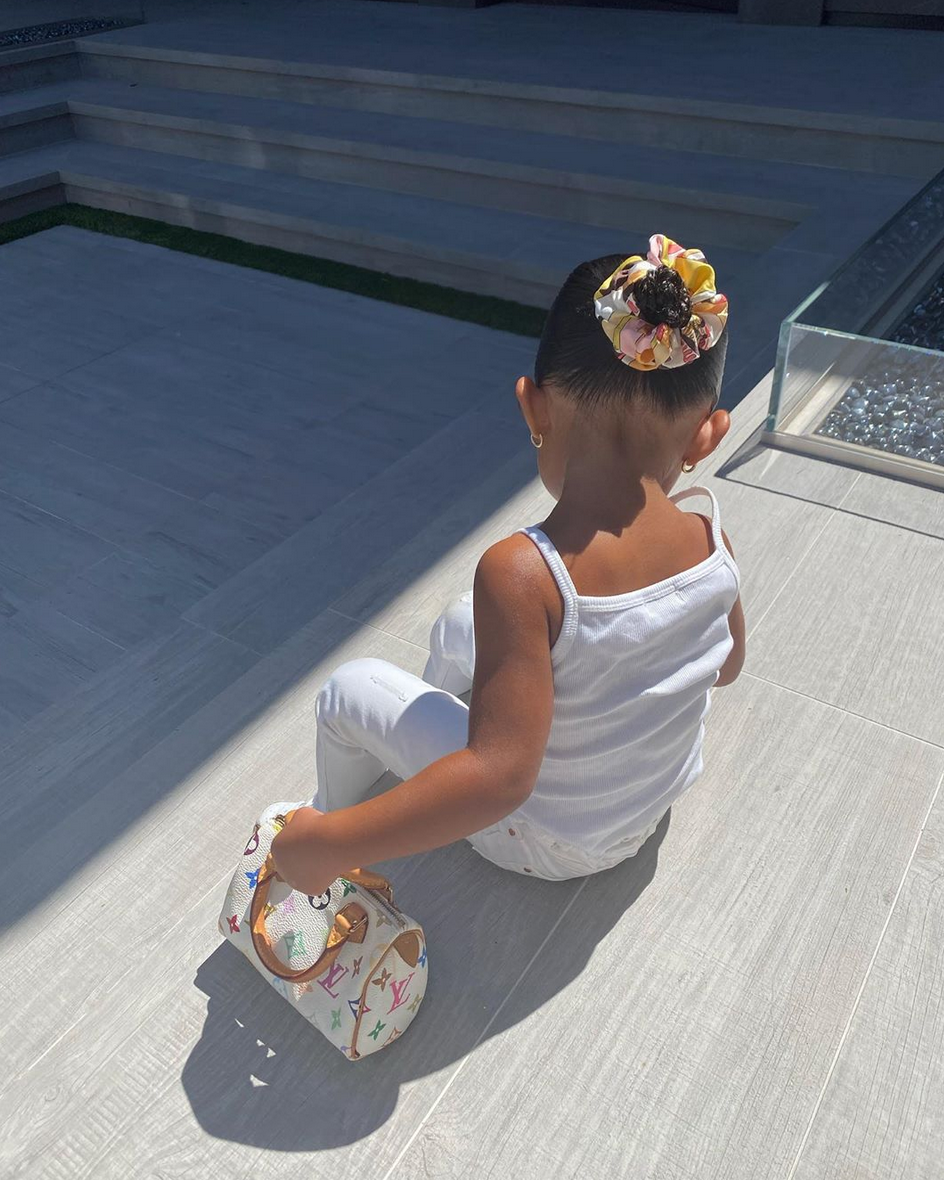 She gave birth to her daughter on February 1, 2018 whom she had with ex-boyfriend and rapper, Travis Scott.