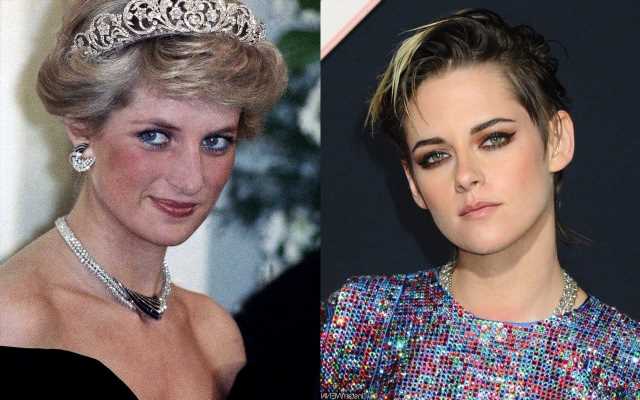 The ‘Twilight’ star, who portrays the tragic royal in a new movie focusing on her life after her split from Prince Charles, also talks about sharing some of the same personality traits with her.

The actress’ latest film focuses on Diana’s life after her split from Prince Charles, and Kristen admits to obsessing about Diana in her preparation for the role.

“She means a lot to me, but it’s all relatively new because I’m from L.A. and didn’t grow up in England,” the “Twilight” star explains. “Before this, she was not something that was at the forefront of my mind, because I lived so far away from it all. Now I can’t stop thinking about her.”

“I often wonder what she’d think about what’s going on in the world right now. To be honest, I’ve now consumed pretty much all there is to consume in terms of videos and interviews. I’ve watched everything that you could hear or see. I even go to sleep with it on.”

Kristen also observed that in spite of their obvious differences, she and Diana shared some of the same personality traits, and the Hollywood star thinks those similarities helped her in the role.

She told The Sun on Sunday newspaper, “I’m not a very good actor. I can’t fake it. I reveal part of myself. I don’t know how people fabricate a performance. It’s scary and weird and it’s also a bummer.”

“I don’t think I’m good at doing anything that isn’t coming from some real place. I’ve always had to sort of vouch for the characters that I’ve played in order to love them enough to play them.”

Despite this, Kristen conceded that her own fame pales in comparison to that of the late Princess. She says, “She was the most famous woman in the world. I have tasted a high level of that, but really kind of nowhere near that monumental, symbolic representation of an entire group of people.”