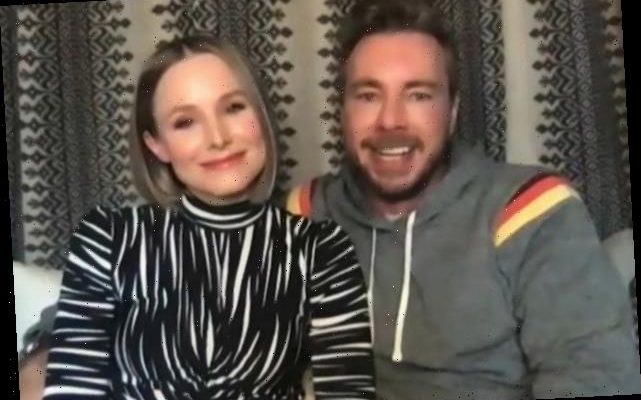 Kristen Bell and Dax Shepard are ready to put up a Fight — or rather, a Family Game Fight, as hosts of NBC’s newest game show.

The network has ordered 10 hour-long episodes headlined by the husband-and-wife team, who are executive-producing alongside Ellen DeGeneres.

Per NBC, Family Game Fight will “test brains, brawn and family.” Inspired by their antics on DeGeneres’ daytime talk show, each episode “will see the twosome part ways and be ‘adopted’ into a family of four as they compete in a series of insanely fun games with a big cash prize up for grabs.”

Watch Bell and Shepard tease Family Game Fight in the video below:

“For one of our first dates, I invited Dax over for a game night at my house with a bunch of friends,” Bell said in a statement. “He said he fell in love with me there because I was a very tiny person bossing everyone around. I fell in love with him too because he’s a very large person who could boss everyone around, but chooses not to. I’m so excited to host Family Game Fight and play all day with my best friend.”

Added Shepard, “Kristen is my favorite human to work with. She’s the most consistently funny, playful and joyful scene partner I’ve ever had. She’s also incredibly fun to look at.”

Family Game Fight marks an NBC homecoming for the marrieds: Bell led the afterlife comedy The Good Place, which wrapped its four-season run in 2020; Shepard costarred on the family drama Parenthood, which ran for six years and ended in 2015.

Shepard previously hosted the game show Spin the Wheel, which aired its first season on Fox in 2019. As noted in TVLine’s annual “Missing” Shows report, Spin the Wheel is not on Fox’s foreseeable schedule.

Family Game Fight is now casting family teams of four. To submit your story or nominate a friend, coworker or family member, you can visit Venertainment.com.

Will you tune in for Bell and Shepard’s family-friendly game show?