For her feature-directing debut “Cameraperson” (2016), top non-fiction cinematographer Kirsten Johnson explored the moral dilemma of filming people under duress. The film was intuitive and nonlinear, as Johnson and editor Nels Bangerter searched for twisty ways to connect things. The movie landed on the Academy Awards shortlist, and for her next film Johnson decided to let her creative instincts fly.

“‘Cameraperson’ freed me and allowed me to see myself in ways I hadn’t seen myself,” she told filmmaker Mike Mills during an AFI Q&A. “When we did that, we broke things and broke where the edge was. You are seeing the people, not the screen, and understanding more. It offered more of who I was.”

For this one, she chose a subject she could not keep at arms’ length: her declining father. Four years later, “Dick Johnson is Dead” debuted at Sundance 2020 to more praise. The elder Johnson has dementia, but his filmmaker daughter dances around what’s real and what’s fake as she takes her father through the paces of giving up the home she grew up in, his psychotherapy practice, his car, and his autonomy, moving into her one-bedroom New York apartment.

Father and daughter talk about their family, her late mother (who had Alzheimer’s), and his feelings about his precipitous decline. But she also gives him a gift: She documents a series of his (fake) deaths, interviewing and hiring stuntmen and special effects people to stage episodes of her father having a heart attack, being hit on the head with an air conditioner, going to heaven and dancing with her mother, and more. More than anything, they’re having fun.

She weaves together magic and fancy and singing and dancing and crying. And Dick Johnson is a natural performer: open, loose, un-selfconscious with his daughter and grandkids. It’s easy to see why she loves him so much. In one scene he gets so upset while she’s filming him that she drops the camera to the floor and hugs him. The shot captures a chair leg as she comforts him. It works.

“Documentarians know that every day you shoot, some crazy thing happens beyond your imagination,” she said to Mills. “People say amazing things that resonate: What’s true, what they’re thinking about, can suddenly flip the whole movie. That chair is the chair in which my father told me about his father’s death, my father sat in before he sent my mother to the home, my father in that position on that carpet where my parents talked to me about death. My dad said he was sorry for getting dementia. Oh yeah, I was putting the camera down.”

Clearly, the filmmaker walks a line. When Dick is scared during one stunt, she backs off. “What I do is film documentary that I can do in a fictional space, with a lot of preparation and discussion with the producer to understand how [the scenes] might be possible,” she said. “We’d be in that set space, not knowing what was going to happen. We did not know what he would be willing to do, and not do. We did not force him to do anything he didn’t want to do. There was no telling.”

Johnson had approached Mills early on to talk about her ideas for the film; Mills had nursed two aging parents before they died (his autofiction “Beginners” earned Christopher Plummer a Supporting Actor Oscar), and related strongly to the final film not only as a son but as a filmmaker.

Here are some snippets of Mills and Johnson’s conversation, edited for brevity.

Mike Mills: You entered into a wild agreement with your dad to do it. The thing that crushed me: ‘We defiantly celebrate our brief moments of joy.’ This movie is so defiant, with such delicious impropriety both in the filmmaking and life rules.

Kirsten Johnson: The wish was, this movie will be teaching us how to make it. We will not know anything about it, we will do the process we would usually do at the end, at the beginning, and at the middle. We edited early on and did the sound mix early. We tried out different tones. What did the deaths feel like? Let’s try something comical. Does it gut punch you when you hear his head knock against concrete? My worry was how to manage the tone in this film. It was tonally all over the map, like dementia, love and relationships. How can you actually be in all these different tones, back and forth between what we know and what we don’t know? What is and what will be? When my father is above, he will be dead, and he will look back on this and realize that this isn’t the way he died.

MM: I love the quiet things you caught. The soup, and the nap.

KJ: It was the ultimate life existentialism of death, parents, and children, the whole deal. I wanted to say to death, “I’m sorry you can’t have this one,” and I thought cinema might be able to help me to do this. “There’s no way this is ever going to work. I can’t keep my father alive forever.” But cinema can bring people back to life. Nels Bangerter cut from Mom’s ashes there on-screen and boom! cut to my movie of her alive. Like [Dziga Vertov’s] “Man with a Movie Camera,” cinema can do crazy things, crazier than we think. How do we push it into crazier territory, defy the genre and death and dementia and reassemble my father?  And how do you have him looking at tiny loops or expand his smile to last longer?”

MM: The camera allows you to have transgressions. I found it loving and supportive of your dad and an expression of love and support of your dad. These are not easy questions. To me, it might not be obvious to put the camera down and hug.

KJ: In years of filming other people’s movies, you just stay and keep filming. But I had moments when I went in and hugged or touched. There’s no guide in this. 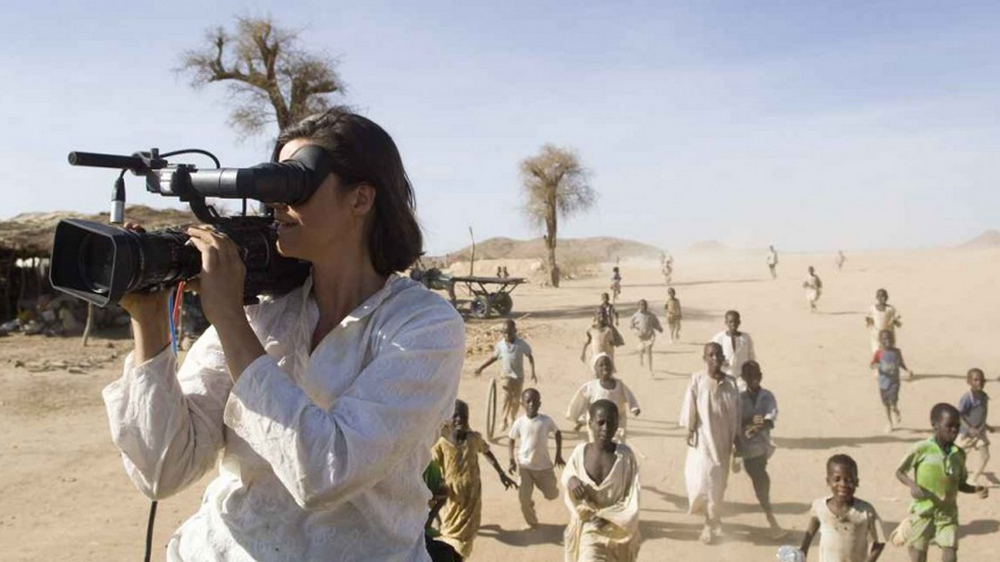 MM: You are both analytic and brave. You are a rad person and so is your dad. He has a positivity toward life, he loves you so much. And he’s a great performer.

KJ: He’s such a ham. He makes terrible jokes.

MM: Many times the film shape shifted and broke its form and did something unasked for.

KJ: I feel strongly about this film existing in the world in this moment when we are all struggling, not knowing what the future is. We have this chance to try and break form in all levels in our need to connect with each other and support each other as the world transforms.

MM: In this world, what is going on is an anxiety of formlessness. You broke so many forms. I  thought of Agnes Varda: family, personal, breaking form not in a dude way, more: ‘I want you to feel these things and want to explore.’ That was a rock Kirsten just threw through my screen. What’s next?

KJ: I want to see this film live in the world. The way ‘Cameraperson’ freed me, I get to make what I need. I get to love cinema by breaking it, throwing boulders through it. That is what leads me forward next. I say I’ve been trafficking in the unexpected all this time. The pandemic is here, stretching me in new ways around the things I’m working on next. More boulders are coming your way. It’s like Buster Keaton stuff rolling down the hill after him: the body has to react in different ways.

MM: Buster Keaton operated on his own terms. There’s something very Buster Keatony about the film, the playfulness and the joy. You both share making films of defiance and a sense of filmmaking on your own terms.

KJ: To be family with Buster Keaton and you is beyond my wildest dreams.