KATIE Price's son Harvey has made an emotional plea to trolls to stop bullying him.

The disabled teen, who suffers from Prader-Willi Sydrome, is regularly confronted with sickening abuse on social media and has urged people to stop. 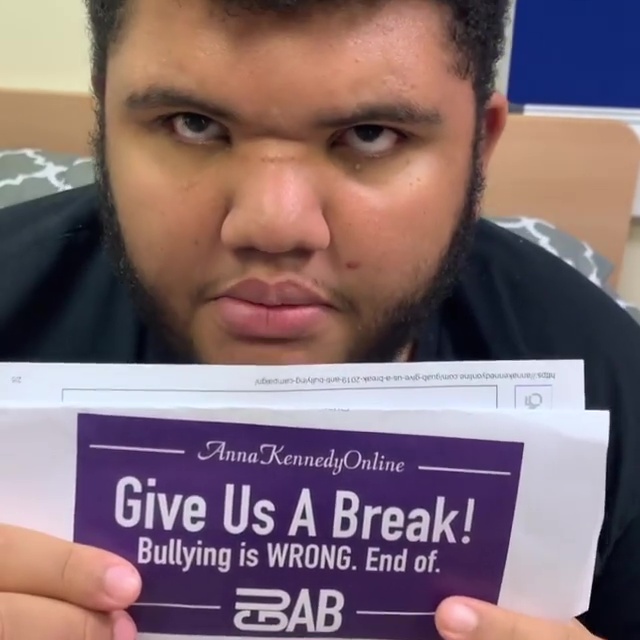 In a video filmed by his mum, Harvey can be seen holding a piece of paper from autism charity Anna Kennedy Online, that reads: "Give Us A Break! Bullying is WRONG. End of."

The video begins with Harvey saying to camera: "Please don't be horrible to Harvey."

Katie, who has campaigned for tougher regulations around online bullying, then said: "And what don't you want them to do to other people?"

Harvey reiterated his point before adding he didn't want others to be bullied either. 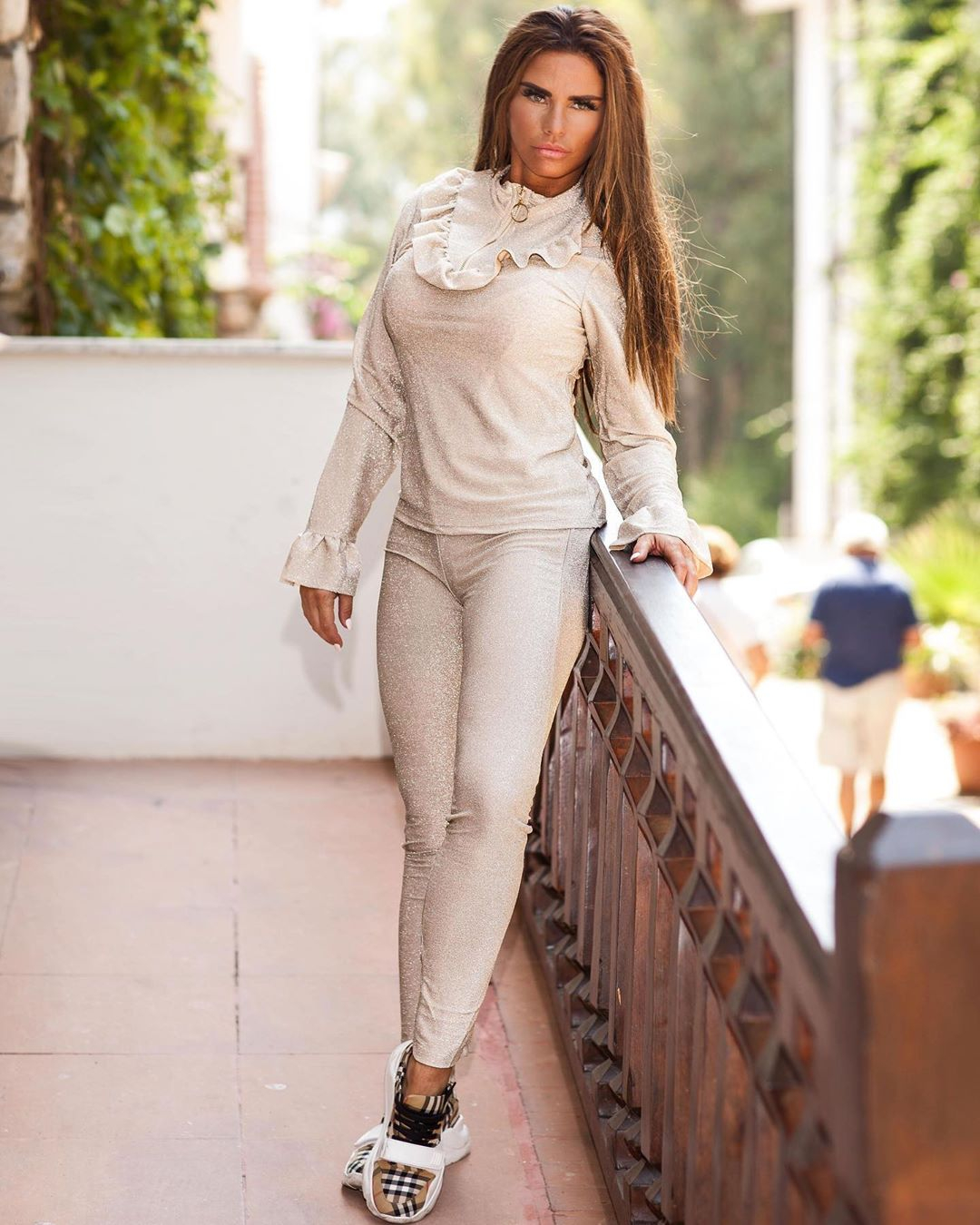 Proud mum Katie captioned the clip: "My Harvey @officialmrharveyprice is my life nobody will ever break our bond."

Earlier this month Katie launched a furious attack on Dapper Laughs after his friend used her disabled son Harvey in a series of cruel posts.

The comedian, whose real name is Daniel O'Reilly, is fighting MC Harvey in an MMA match – but the rapper was clumsily replaced using Photoshop to make it look like he would be boxing the 17-year-old. 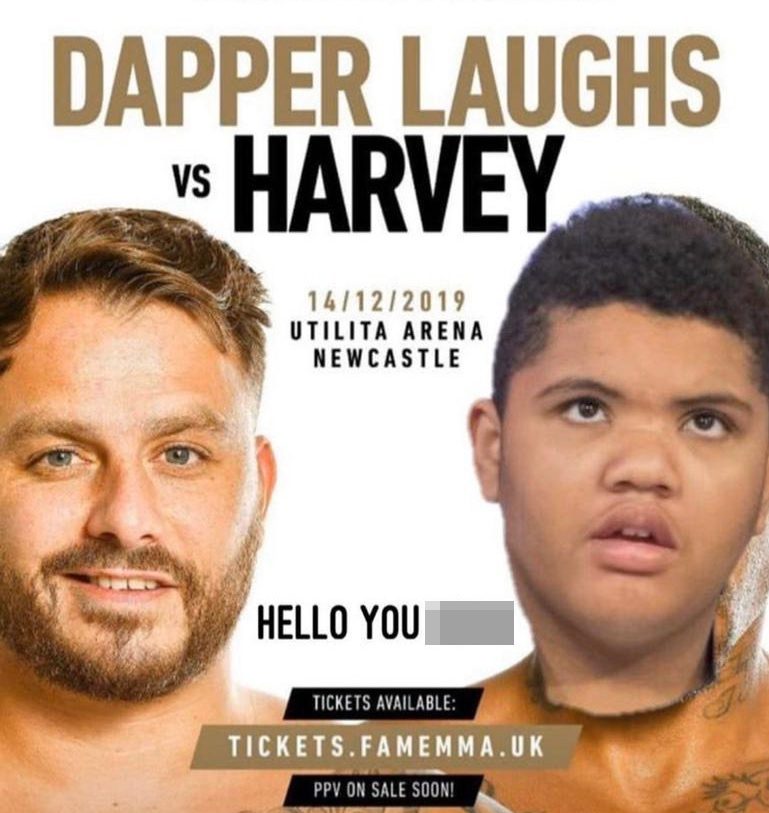 Fuming Katie called them both out on Instagram announcing: "It's about time I name and shame – this one will shock you.

"This guy's got a lot of celebrity friends and he obviously wants to be famous himself. So I'm going to give you your five minutes of fame."

She then posted the original poster showing Dapper taking on Harvey – and another posted by James Fox with Harvey's face crudely pasted on top.

The fake poster also included the words "Hello you c***s" – a phrase Harvey said live on Loose Women in 2016. 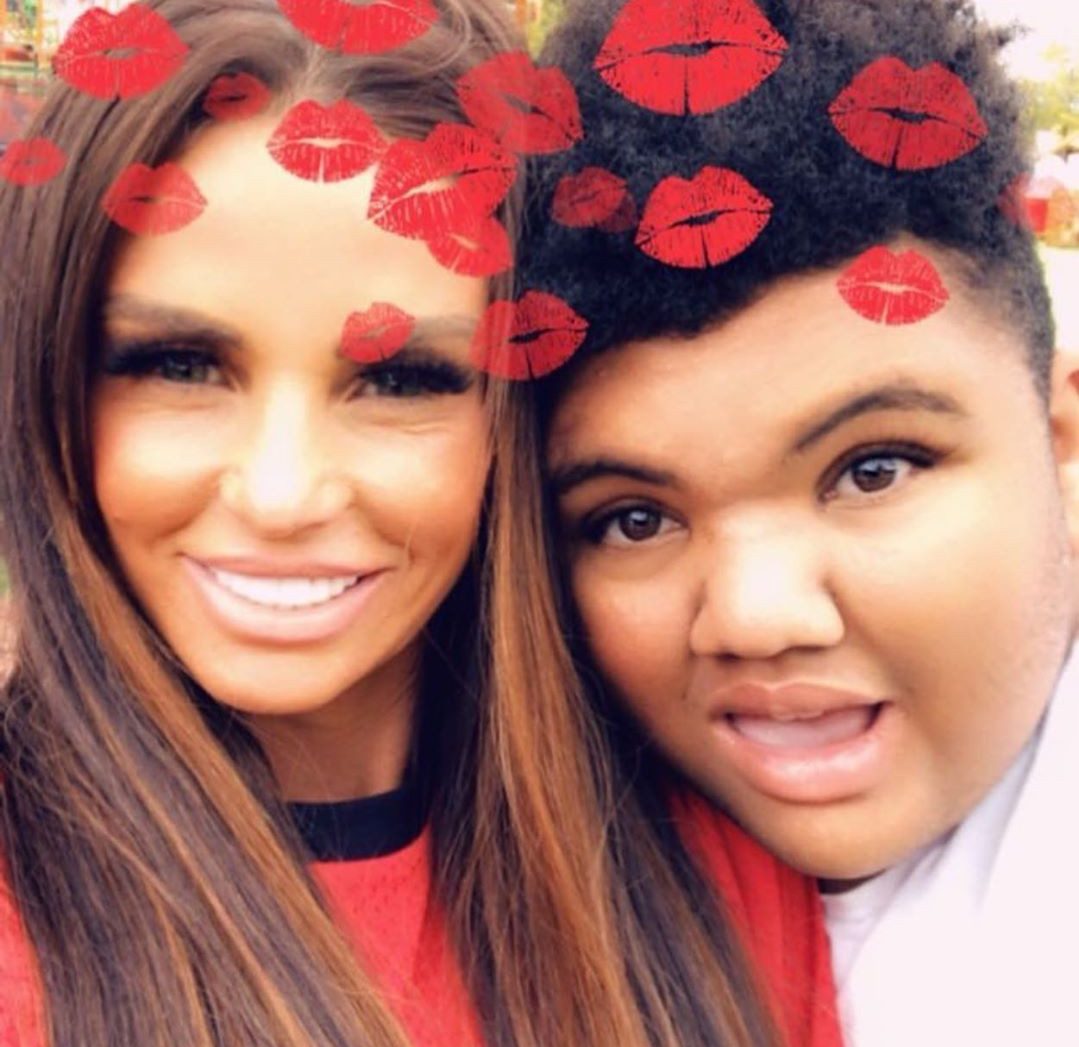 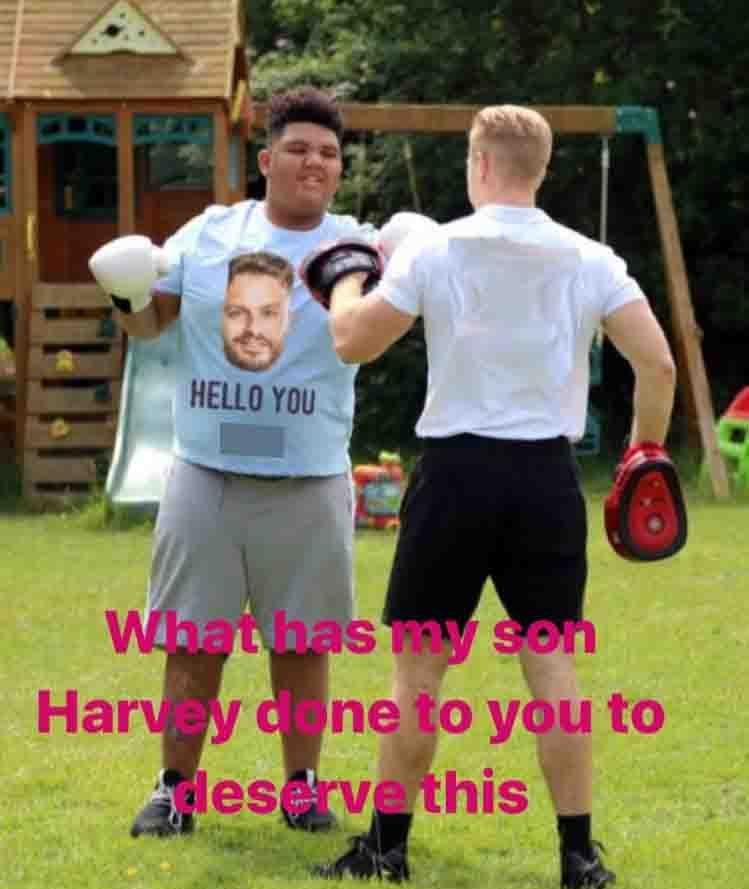 Over the first one, Katie wrote: "So Dapper posted this."

She then showed the trolling version, adding: "But he has let his good friend support and help promote this event and actually letting him post it."

Katie then shared another shot of Harvey sparring with Kris Boyson in mocked-up Dapper Laughs T-shirt asking: "What has my son done to you to deserve this?"

The star later branded the person who made it "EVIL". 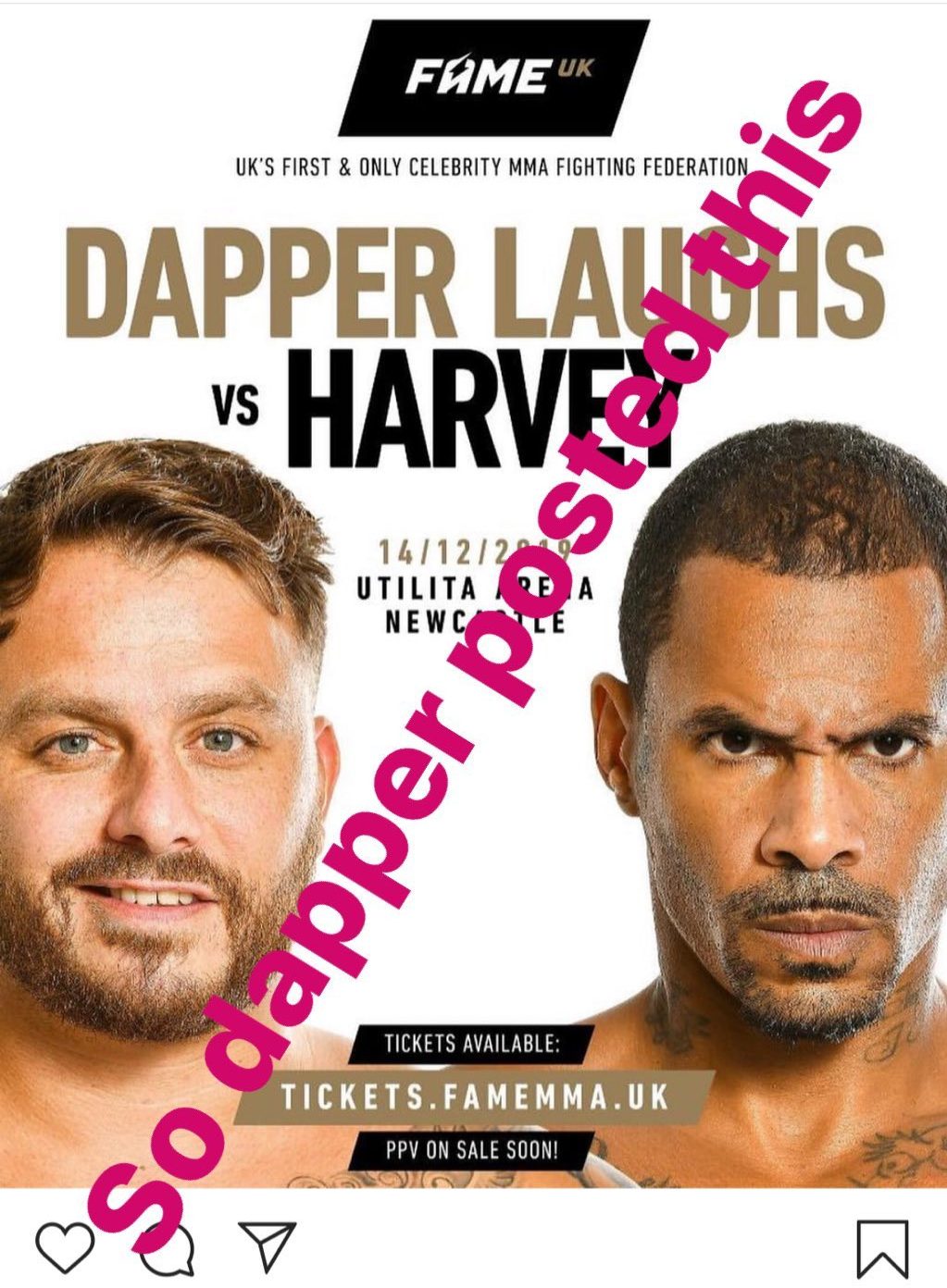 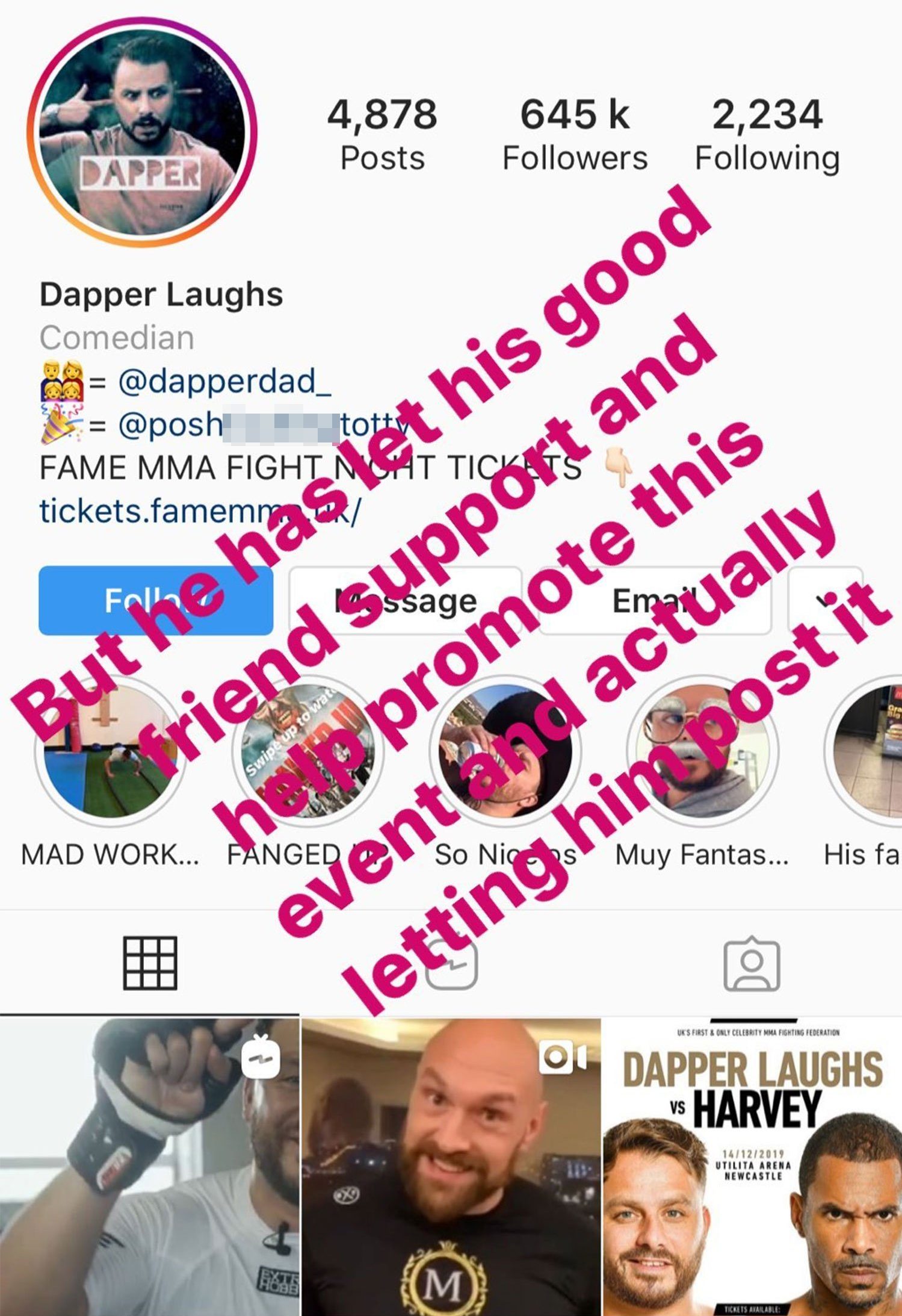 Dapper Laughs was quick to distance himself from the row – saying he had told his friend to take the post down, telling Pricey: "I hope it hasn't upset you."

Speaking in a video, the 35-year-old explained: "I've got a message for Katie Price.

"I've just seen your Instagram story and I've seen a meme on there of the fight I'm having with Harvey and someone's changed it and put your son in it.

Most read in TV &amp;amp; Showbiz

"F**king mad. I know the person, they're obviously having a dig at me and they thought it was funny. I've just contacted them and told them to take it down.

"I hope it hasn't upset you. Don't let this stuff get you to – I get this stuff all the time.
"But anyone else that's making memes about that, don't associate me. I don't find it funny. Don't involve me in that s***. But it's gone."