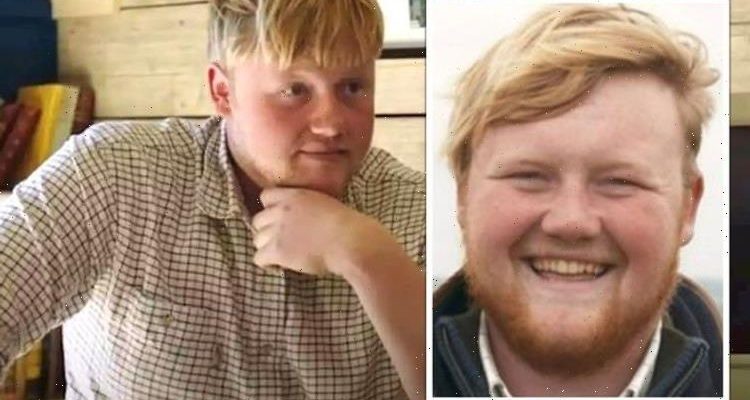 Kaleb Cooper discusses behind the scenes of Clarkson’s Farm

Kaleb Cooper is the young farm manager on Clarkson’s Farm and he formed a unique bond with Jeremy Clarkson. Clarkson decided to take over the running of Diddly Squat Farm after the previous farmer retired. He introduced Kaleb to his latest series, and the farming contractor has become an international icon.

Why does Kaleb not enjoy newfound fame?

Clarkson’s Farm has taken one of the top spots on Amazon Prime Video’s list of most-watched series.

The insightful and uplifting documentary series follows Clarkson as he learns the ropes at all things agriculture.

He is taught by Kaleb Cooper, who knows the farm in Chipping Norton like the back of his hand.

The young farmer quickly became a breakout star, as fans loved him for his banter with the former Top Gear host.

Kaleb is not afraid to put Clarkson in his place, and the pair would often get into arguments.

Kaleb’s phone has not stopped ringing as media outlets queue up to interview the TV hero.

His fanbase has grown exponentially since the series has gained more viewers, but the newfound fame is not all positive.

According to Hello! Magazine, Kaleb admitted he hid in the toilets in the cinema after being recognised by fans.

He has also been approached by lots of football fans who wanted selfies during a weekend in Stratford-Upon-Avon.

The star was also introduced to former British Prime Minister David Cameron, but Kaleb did not recognise the politician.

The publication quoted Kaleb as saying: “The next day I told Jeremy I thought I saw David Cameron.

Fame came overnight for the farmer, so it must have been an overwhelming experience for him.

Like most other celebrities, being spotted by fans can become a nuisance at times, but he is still grateful for all the love and support.

In the series, Kaleb admitted he is not one for liking big crowds, as he preferred the comforts of home.

Clarkson had given him the task of driving to London to sell wasabi plants to restaurants.

Kaleb was very nervous about the trip, as he said he hardly ever leaves his hometown due to the noise and crowds.

Many fans are envious of his lifestyle, as they have witnessed the stunning and serene countryside he lives and works in.

Fans have taken to Reddit to discuss his role in the series and they have praised him for his genuineness.

One said: “Kaleb is the best part of the show…which is awesome. Isn’t afraid to say what he thinks and calls Jeremy out which is the most entertaining thing…I laugh so hard every time.”

Another added: “Kaleb shouting about the tram lines was great. JC had no idea how f***** he was.”

A third commented: “Truly laugh out loud interactions between the two!” He and Clarkson remain extremely close to this day.

Some fans are already calling for Kaleb to star in his own spin-off show.

One said: “Just watched the ‘Kaleb Goes to London’ episode. We right he’d be perfect for an Idiot Abroad reboot. Karl’s insights were always great and I Janet no doubt Kaleb would be similar.” [Sic]

Another added: “I had similar thoughts on Kaleb but I’d rather see him get put on a huge farm either here in Australia or in Canada and watch his reaction to the size difference for everything.