What is the ‘periodt’ meme?

The word periodt adds emphasis to the world by intentionally misspelling the word with a “t” at the end. The meme’s origins track back to Black Twitter communities. It was especially implemented with the quote: “and that’s on periodt.” However, the meme ultimately spread across social media for people to punctuate their posts.

The periodt meme evolved over time with social media editing various photographs to include long nails on the hands of celebrities where the fingers reach to the bottom of the palm. Some folks specifically edited pictures of Chris Evans from movies such as The Avengers to include the periodt meme with acrylic nails.

TheTherizinosaurus is covered in red and gray feathers and is undeniably territorial, even though it’s an herbivore. Additionally, its sharp, long claws certainly make it an intimidating creature. However, they also make theTherizinosaurus fit within the periodt meme.

Jurassic World Dominion showcases theTherizinosaurus searching for food. However, it hangs its long claws down against its lower palm. It instantly calls back to the periodt meme in a hilarious fashion that viewers who are familiar with the joke are sure to catch onto.

Despite the fact that theTherizinosaurus isn’t looking to feast on the main characters, it certainly remains a big threat to killing them. However, the periodt meme’s relevance makes this particular dinosaur a hysterical one to behold. 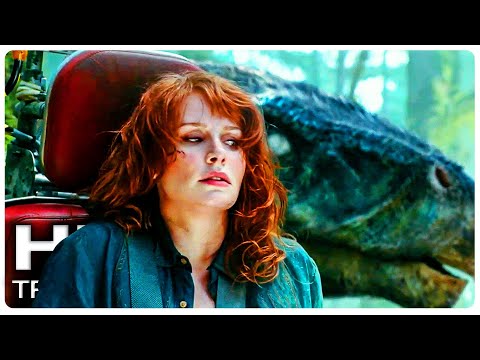 Jurassic World Dominion has a wide array of dinosaurs, including theTherizinosaurus. They aren’t all necessarily important to the story, but they do provide additional atmosphere to the growing roster of dinosaurs on the silver screen.

The list also includes the Dreadnoughtus, Quetzalcoatlus, Oviraptor, Nasutoceratops, Moros Intrepidus, Iguanodon, and Gigantosaurus. Some of them are adorable, while others are fiercly intimidating. The Jurassic World Dominion trailers rightfully highlighted the Gigantosaurus and teased its monstrous size. Additionally, this apex predator is sure to clash heads with some of the other alphas.

Some of the returning dinosaurs in Jurassic World Dominion include the Allosaurus, Ankylosaurus, Atrociraptor, Compsognathus, Lystrosaurus, Tyrannosaurus rex, Velociratpro. Mosasurus, Parasaurolophus, and Gallimimus. As a result, dinosaur lovers have a lot of different creatures to behold.