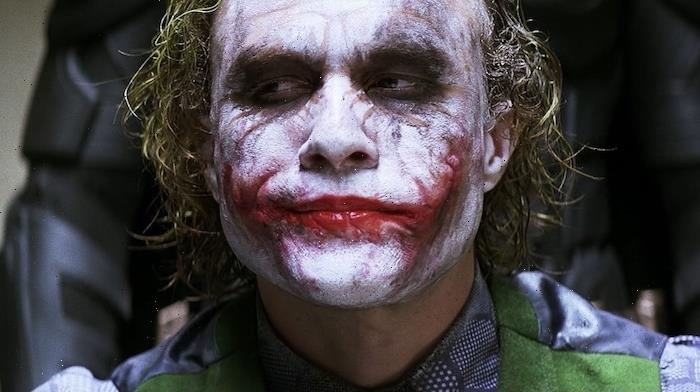 It’s a privilege to address /Film’s readers as a duly deputized member of the site’s full-time writing staff. I now carry a badge and a gun named Gladys and a smile in my heart. If you’re a regular visitor to the site, chances are, you may have already read something I wrote in the last four years. However, for the benefit of those who don’t know me, I’ll introduce myself here.

My name is Josh”ua” Meyer (Josh or Joshua are okay, but never Veronica) and I’ve been a regular contributor to /Film since June 2017. My first approved freelance pitch was for an article on the Japanese roots of Star Wars. It wound up being my second post, but it gives you a clue to my personal taste in cinema. Whether it be a franchise film or a foreign film, I tend to gravitate toward mainstream movies and well-known auteurs. It’s all subjective, though, and you never know: there may be some picks on my (current) list of all-time favorite movies that catch you by surprise.

Doing is living. You haven’t lived until you’ve seen Ikiru. You might think you’re in for a dry old movie with subtitles, but if you’re not moved by the end, you’re not human. It’s one of those “movies to see before you die” types. I wish I could spotlight more Japanese films, but if we’re only going to go with one, it might as well be from the master, Akira Kurosawa. He has five films on the IMDb Top 250. Critics like Roger Ebert and filmmakers like Quentin Tarantino have recognized Ikiru as his best, so don’t just take it from me. Kurosawa is Cinephilia 101.

14. Indiana Jones and the Last Crusade

This was maybe the first movie I ever saw in a theater. Michael Keaton’s Batman swooped in a month later and I was hooked on cinema crack. Blockbusterism. The late Sean Connery was coming off his sole Oscar nomination (and win) for The Untouchables and you can feel the weight of two generations of action-adventure stars here. Indiana Jones meets his movie dad: James Bond. They’re on a quest for the Holy Grail and sometimes choosing wisely, Junior, means letting it go. Indy and friends ride off into the sunset and no fridges are ever nuked because we need not think about anything past 1989.

“By the way, I would’ve voted for Obama for a third term if I could,” chimes the disingenuous dad. Jordan Peele gives me hope for a Hollywood where new original voices can still rise to the surface without immediately getting swallowed up by the IP factory. Get Out is the kind of filmmaking that I will always pay to see: personal yet populist and genre-driven, layered with humor and insight. It’s a camera phone flash in the face, recalling a lost generation of filmmakers from the Sunken Place at an all-white Golden Globes party. Peele and his bodysnatchers are to horror what Denis Villeneuve is to science fiction.

I love a good thriller and Alfred Hitchcock cornered the market on those. Psycho is spoiler-proof and that’s the mark of a tale well-told. Everyone’s heard the big twist that comes halfway through the movie. I won’t say any more to ruin it, on the off chance somebody hasn’t. As a teen, Hitchcock was a chore: I watched his four entries on AFI’s 100 Years … 100 Movies list, and Psycho was the only one that grabbed me right out of the gate. Vertigo recently left me gutted, so maybe I just didn’t have enough life experience.

If I had a #16, you’d be reading about a David Fincher or Stanley Kubrick film. As it is, you’ll have to settle for one from Terrence Malick, a filmmaker who is equally meticulous in terms of process. The Thin Red Line is an example of a movie that I initially disliked, only to reassess it later. In ’99, I took the mickey out of a friend for defending it while I argued against it in a point-counterpoint column for our school newspaper. It would go on to become one of my absolute favorites, so it just goes to show that it’s good to be proven wrong sometimes.

Here comes the Bride, all bathed in blood. I’ll resist the urge to cheat and count both volumes as one movie. Kill Bill earns points for staging its gonzo martial arts showdown in Tokyo, where I live and occasionally dine at the House of Blue Leaves. Between this, Lost in Translation, and The Last Samurai, 2003 was the year of ethnocentric Hollywood films set in Japan. Until the Vernita Green scene in the kitchen, I was never fully on board the Tarantino train. Even now, I’m not always on board. In terms of sheer entertainment value, however, he usually does it for me.

I attribute a quasi-religious significance to Paul Thomas Anderson’s films—and cinema in general. Biblical frog rain, onstage baptisms and confessions, grace and redemption or lack thereof … there’s a mighty spiritual through-line in Anderson’s films, which lifts the sacred out of the profane and dramatizes divine love through human relationships. I remember sitting on the tatami mat in my new furniture-free apartment, watching and re-watching The Master on my laptop in the summer of 2013. It was like praying. Lancaster Dodd was God and I was Freddie Quell.

Martin Scorsese and Steven Spielberg have had the most longevity and they still maintain the most cross-generational appeal out of any of the filmmakers on this list. If I were born earlier, I might be a Taxi Driver or Raging Bull guy. As it is, the early-to-mid 1990s are my preferred Scorsese time capsule, with Casino being another perennial favorite. Goodfellas is the movie as montage. It and other films listed here obliterate any arguments against voiceover, which can be a powerful cinema tool when used the right way.

Sign me up for the haunted house in space. Like Jaws, Alien plays on our fear of the unknown. That’s a force so powerful in the human imagination that few movie monsters can live up to it. Yet in its life cycle from Facehugger to Chestburster to full-grown Alien, the Xenomorph manages to be more awful than anything the viewer could have imagined. Alien showed my young self the existential terror that lurked on the dark side of the Star Wars moon. Unmoored from the mothership, which she literally addresses as “Mother” before it self-destructs, Ripley floats into a black cosmic void where “no one can hear you scream.”

Sigourney Weaver appears twice on this list and Bill Murray almost did, too, but the crackpot creative person in me relates more to Dan Aykroyd, the self-identified Spiritualist who helped make audiences believe in ghosts and the paranormal. When you listen to him discuss UFOs and crystal skulls in interviews, it becomes clear that Aykroyd wasn’t acting and is Ray Stanz. Horror-comedy is tough to pull off but there are genuinely scary moments and funny moments in Ghostbusters. Dana Barrett’s apartment gives new meaning to the word “armchair.” My favorite scene is the one with Ray and Winston talking about the Book of Revelation.

I wouldn’t want Armond White to accuse me of being a hipster-nihilist, but I think Netflix algorithms did once have me pegged as a viewer in the market for “dark dramas.” It’s no secret that Apocalypse Now should have won Best Picture. More like Lamer vs. Lamer, amirite? (I hurt.) The Godfather vs. Apocalypse Now is a tough call, but to me, Francis Ford Coppola’s last gasp of ’70s greatness better epitomizes the New Hollywood era. It was a time when artistic freedom yielded commercial viability … until it became a filmmaker’s apocalypse.

4. No Country for Old Men

I go back and forth about which is my favorite, this one or Batman Begins. But I saw The Dark Knight eight times in the theater and dressed up as the Joker on opening night. That’s got to count for something. I also think this movie, which was peak Christopher Nolan, has a little more thematic heft to it. In a nutshell, Batman is Jesus and the Joker is the Devil, tempting Two-Face. With his all-seeing, godlike surveillance tech, Batman takes the fall for the fallen humanity in Harvey Dent, turning his face to leave the good side up. R.I.P. Heath Ledger.

Andy Dufresne: another stealth Christ figure, who came to Shawshank like Superman and E.T. came to Earth. Hyperlinks, like hope, spring eternal, and maybe all movies really are just variations on the same enduring monomyth. For his part, Frank Darabont has delivered some literate Stephen King adaptations about prison/hope/mist monsters. I’m still waiting for the day when he busts out of pseudo director’s jail (he was tied up in years-long Walking Dead litigation until recently) and raises his arms to the rain. I love Pulp Fiction, but at the 67th Academy Awards, I was Team Shawshank.

1. The Empire Strikes Back

It truly is the best Star Wars movie. And because it all goes back to Star Wars and VHS (my love of movies, that is), I guess that makes it my favorite film. This is the one with the most pathos and the one where the Special Edition changes are the least obtrusive. It’s the best bedtime story I ever heard. Everything came together in the right way. “All his life has he looked away … to the future, to the horizon. Never his mind on where he was. What he was doing.” Cross-reference: doing is living.