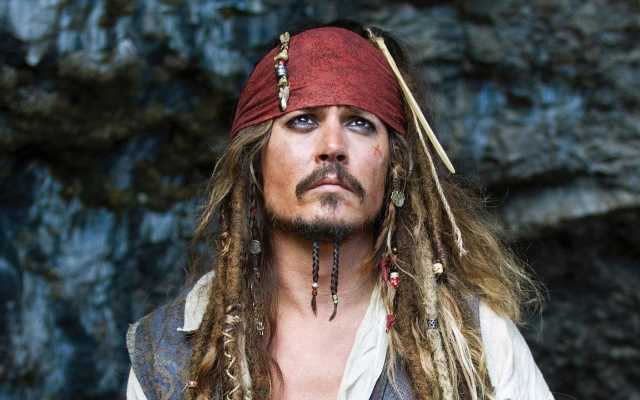 Sources debunk report which claims that the 59-year-old actor is set to reprise his role as Captain Jack Sparrow for a sixth installment, which is allegedly scheduled for test shoot in February 2023.

AceShowbiz –Johnny Depp is not on board a new “Pirates of the Caribbean” movie despite report stating otherwise. Sources debunk an earlier report which said that the actor is set to reprise his role as Captain Jack Sparrow for the upcoming sixth installment of the Disney film series.

The Sun floated the rumor of Depp’s alleged return to the franchise, claiming that his name has been spotted on a call sheet for a supposed new “Pirates of the Caribbean” movie. According to the U.K. news outlet, the 59-year-old actor is scheduled for a test shoot in the U.K. in February 2023.

Insiders told the site that the movie’s current working title is “A Day at Sea”. One of the sources dished, “Johnny is set to return as Captain Jack Sparrow and is scheduled to start filming at the beginning of February at a top secret location in the U.K.”

“Everything is in the early stages and there is still no director attached to the project, which is being called ‘A Day at the Sea’,” the source further spilled. “Johnny is expected to do a test shoot in early February before the production gets fully underway.”

“A call sheet has been distributed among those in the know,” it’s additionally claimed. “Bruce Hendricks, who worked on the first three films, is named as the Executive Producer on the new project.”

The source added, “All the other details are being kept under lock and key. The whole project is shrouded in secrecy and Disney want to keep everything under wraps as best they can.”

However, Daily Mail’s sources beg to differ, saying that the information is false. Disney has not commented on the report of Depp’s return to the “Pirates of the Caribbean” franchise.

Back in 2020, Disney confirmed it was developing a new female-focused version of “Pirates of the Caribbean” that would star Margot Robbie. The project would reunite the “Suicide Squad” star with her “Birds of Prey: And the Fantabulous Emancipation of One Harley Quinn” writer Christina Hodson, with franchise producer Jerry Bruckheimer producing.

Disney was also developing a second reboot written by franchise veteran Ted Elliott and “Chernobyl” creator Craig Mazin. In an interview with The Sunday Times in May, Bruckheimer said that both films remained in development, while Depp, who starred in all five past “Pirates” installments, was not involved in any future projects at the moment amid his legal battle with Amber Heard.

However, Robbie said earlier this month that the studio is no longer interested in making a female-led “Pirates of the Caribbean” movie. She said in an interview with Vanity Fair, “We had an idea and we were developing it for a while, ages ago, to have more of a female-led – not totally female-led, but just a different kind of story – which we thought would’ve been really cool. But I guess they don’t want to do it.”