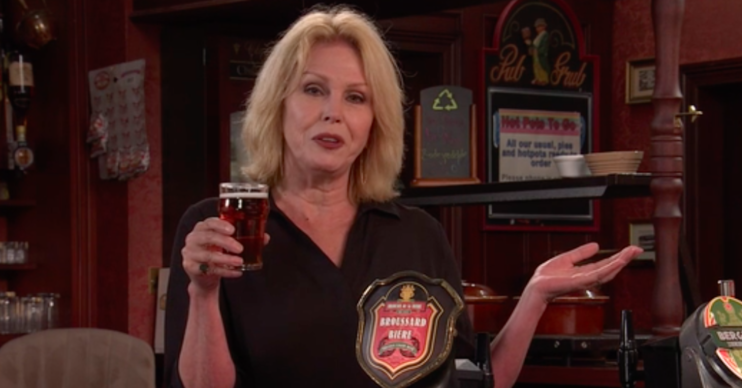 Joanna Lumley has revealed she would be up for returning to Coronation Street.

Joanna had an eight-episode stint on the cobbles as Ken Barlow’s (William Roache) girlfriend Elaine Perkins in 1973.

She visited the set for her new ITV series ‘Home Sweet Home – Travels In My Own Land’ and revealed a return was almost on the cards a decade ago.

Joanna said: ‘It brought it all back! I’d go back in a heartbeat. I was invited to go back about 10 years ago but some filming I was doing got in the way.’

During the show, Joanna was reunited with Bill Roache, of course known for playing Ken since the very first episode in 1960, for a special tour of Weatherfield. Joanna added: ‘I was never allowed in the Rovers Return before. I was only in Corrie for eight episode and had to say ‘I’m not going to marry you, Ken’ and leave.’

Meanwhile, Joanna reprised her role and brought back Elaine to wish Corrie a happy 60th birthday ahead of the milestone last month.