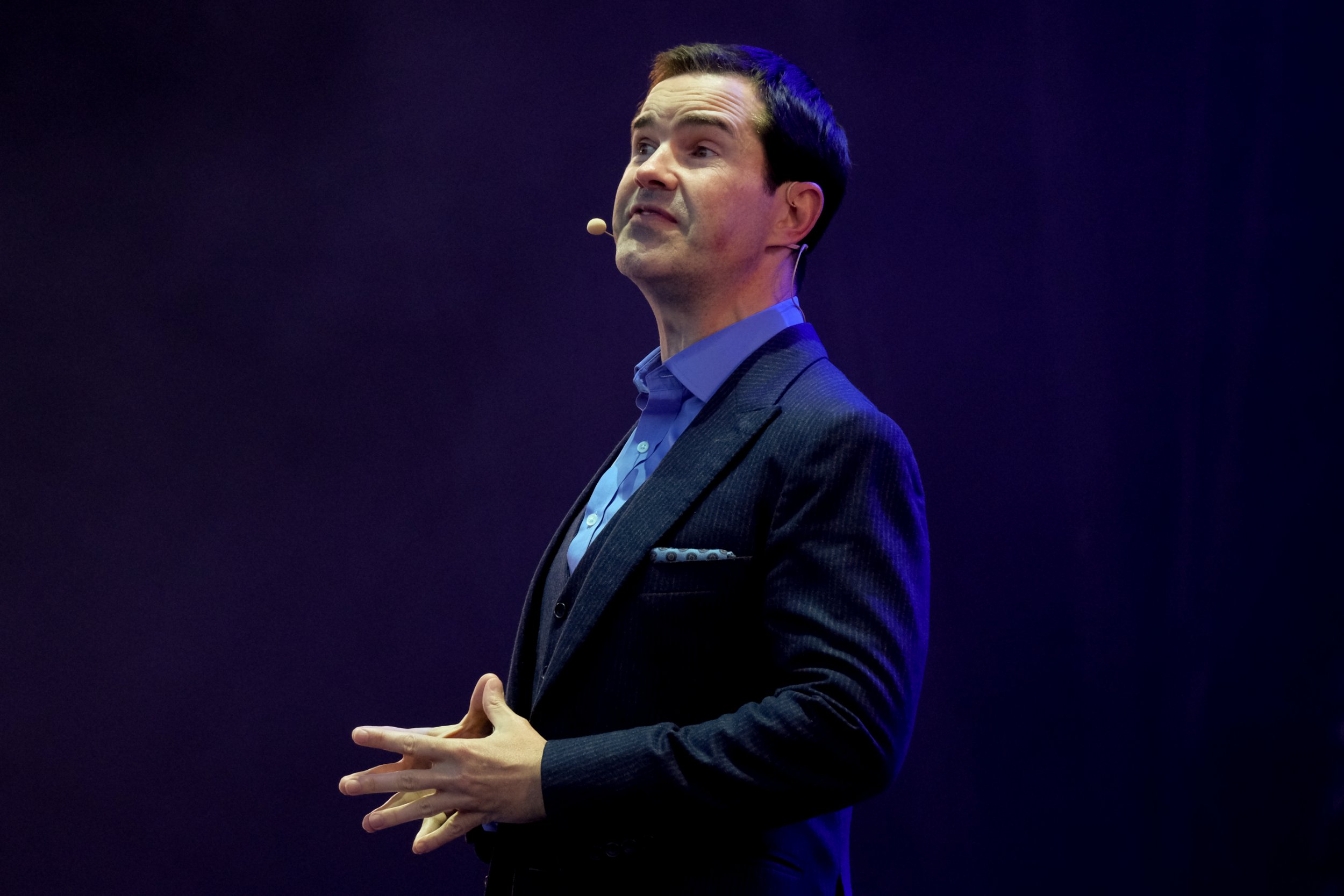 Channel 4 has actually bought a painting by Adolf Hitler and plans on letting a studio audience decide whether Jimmy Carr should destroy it, but not before an ‘advocate for Hitler’ argues to keep it.

As part of televised debate Art Trouble, the channel – which has previously bought artwork from paedophile Rolf Harris – will be considering Hitler’s art to see if the painting can be considered separate to its creator.

If the live-studio audience think the two are linked, controversial comedian Carr will be allowed to destroy the painting with a flamethrower.

Ian Katz, Channel 4’s director of programming, confirmed that if the audience did not want to save the painting, it would be ‘appropriate’ disposed of.

Explaining the show, he said: ‘There are advocates for each piece of art.

‘So you’ve got an advocate for Hitler.

Katz continued to The Guardian: ‘There’ll be someone arguing not for Hitler, but for the fact that his moral character should not decide whether or not a piece of art exists or not.’

He added that Channel 4 hired an expert to buy the art ‘from reputable auction houses’, as the show follows in Channel 4’s traditions of ‘iconoclasm and irreverence.’

The news has been slammed across social media, with one person writing: ‘I mean, there’s “Ooh, these Chapman brothers are a bit controversial, does their work count as ‘art’ if its intent is largely to offend?” and then there’s…Hitler.’

Another penned: ‘I don’t care if Hitler made nice paintings. I don’t care that Harris drew clever pictures. None of it matters even a tiny bit. The people they hurt matter, and I’d much rather see shows celebrating them and their lives/art.’

Earlier this year, Art Trouble was described as: ‘a profoundly provocative exploration of the limits of free expression in art’.

The broadcaster added: ‘Combining stunts, surprises and special guests with a public experiment conducted by well-known artists across Britain, Art Trouble celebrates C4’s disruptive roots by exploring the boundary between controversial art and freedom of expression.

‘What we should do with historic art we find offensive or has been created by artists who are now cancelled?’

The season’s lineup also features a 60-minute musical about Prince Andrew, a Friday Night Live revival, a Frankie Boyle film about the Monarchy and a documentary entitled Too Large To Love sharing ‘the experiences of the hidden minority of men who have an extra-large penis’.

At the time, Katz added: ‘From musical satire about Prince Andrew to an exploration of cancel culture in art via men with very large penises, this season shows that Channel 4 is still as mischievous, disruptive and distinctive as when it was born 40 years ago.

‘Instead of a nostalgia-thon of highlights from the last four decades, we are celebrating with a collection of irreverent, thought-provoking and hugely entertaining shows that no other broadcaster would air. If we must age, we plan to do it disgracefully.’

This comes nearly a year after Carr was blasted for a ‘disgraceful’ joke in his Netflix special His Dark Material, where he described the deaths of thousands of Roma and Sinti people at the hands of the Nazis as ‘positive’.