The 34-year-old reality TV star looked glamorous as she gave busty display for the camera, just days after revealing the results of her boob job, butt lift and liposuction makeover. 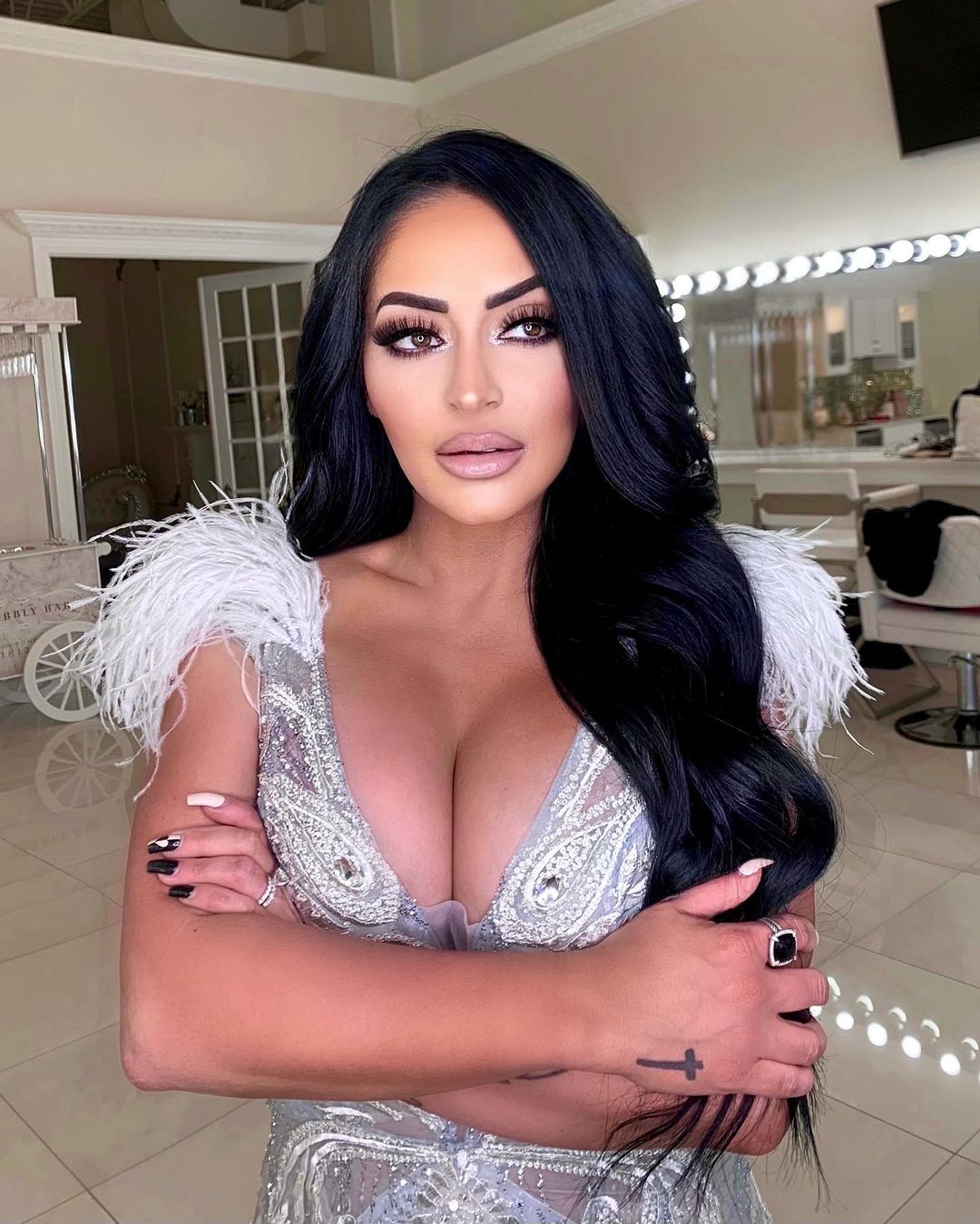 Angelina, who rose to fame on the first season of MTV show Jersey Shore, crossed her arms in the photo to accentuate her assets.

She made sure to look her glamorous best for the snap, donning a glittering white dress covered in rhinestones and adorned with feathers.

The reality star completed her look with a full face of makeup, including false eyelashes and a glossy nude lipstick.

Angelina wore her long dark hair down in soft waves over her chest, further drawing her fans eyes towards her bust. 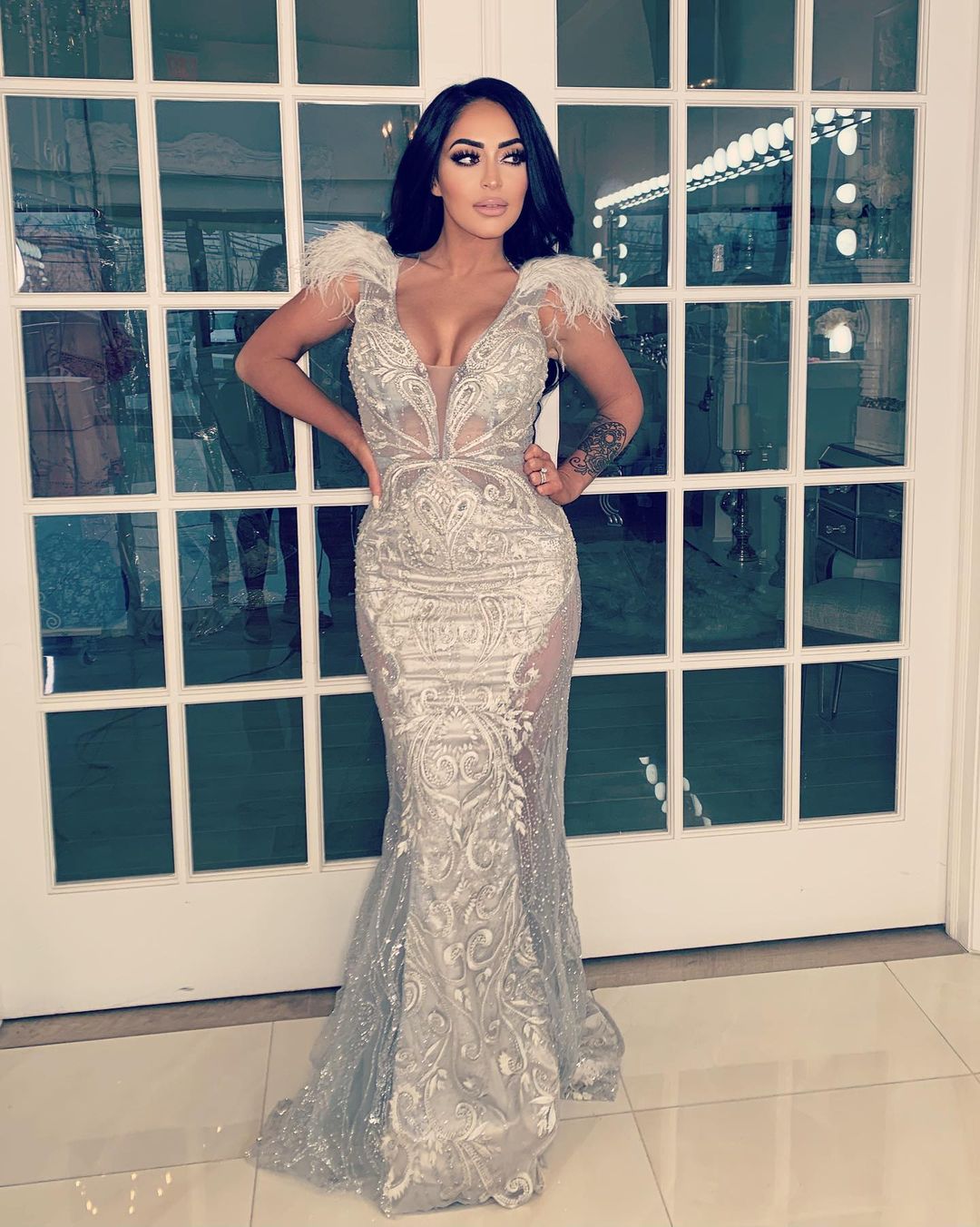 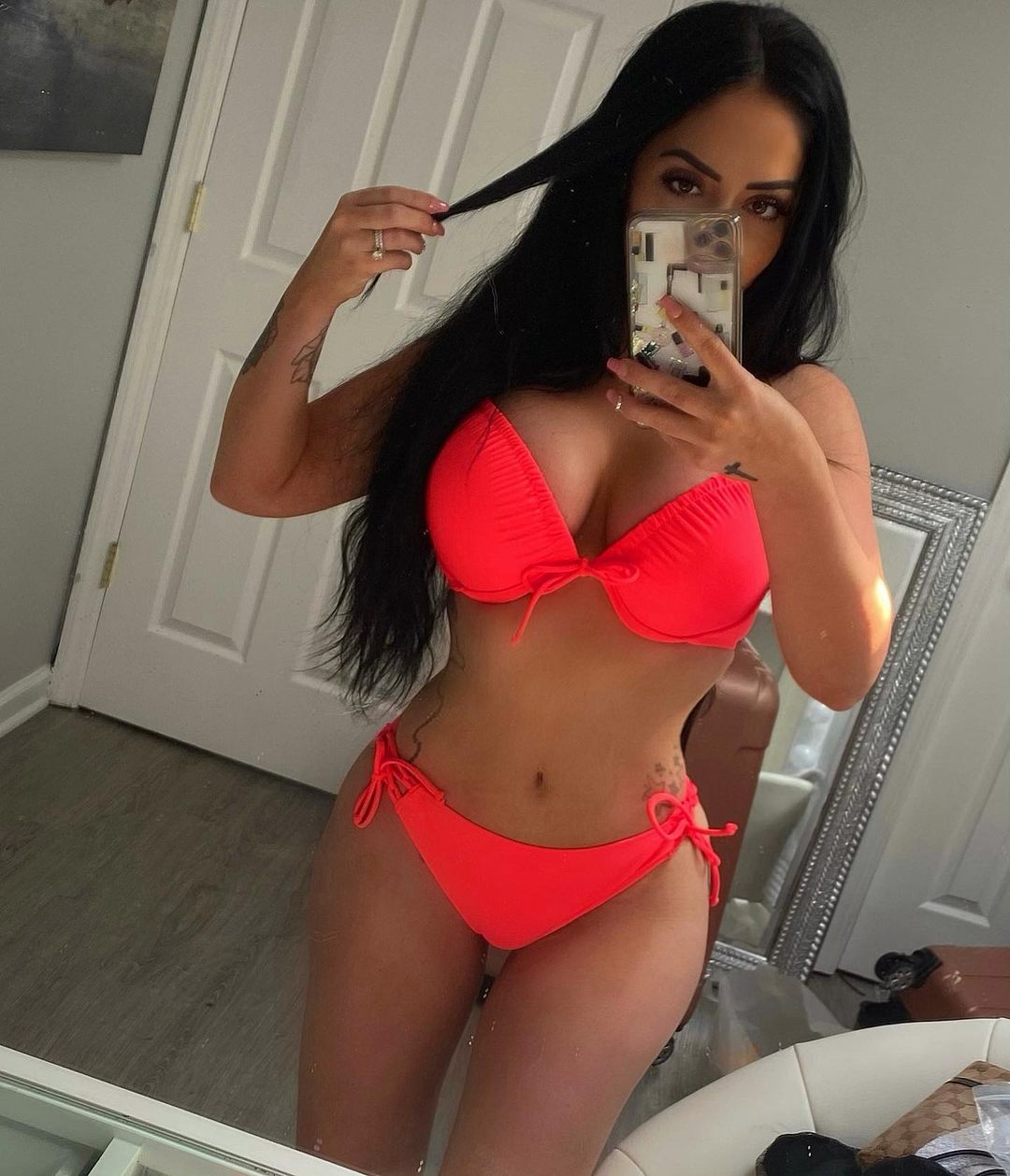 Her latest Instagram upload comes two weeks after the star took to social media in a bikini to show off the results of her latest cosmetic surgeries.

The reality favourite was forced to defend herself as fans accused her of "photoshopping" her body in pictures.

Angelina shut down speculation in the caption, writing: "Happy Saturday y’all. Yes I used a Snapchat filter for this and no I didn’t photoshop or facetune my body lol. Thanks for asking." 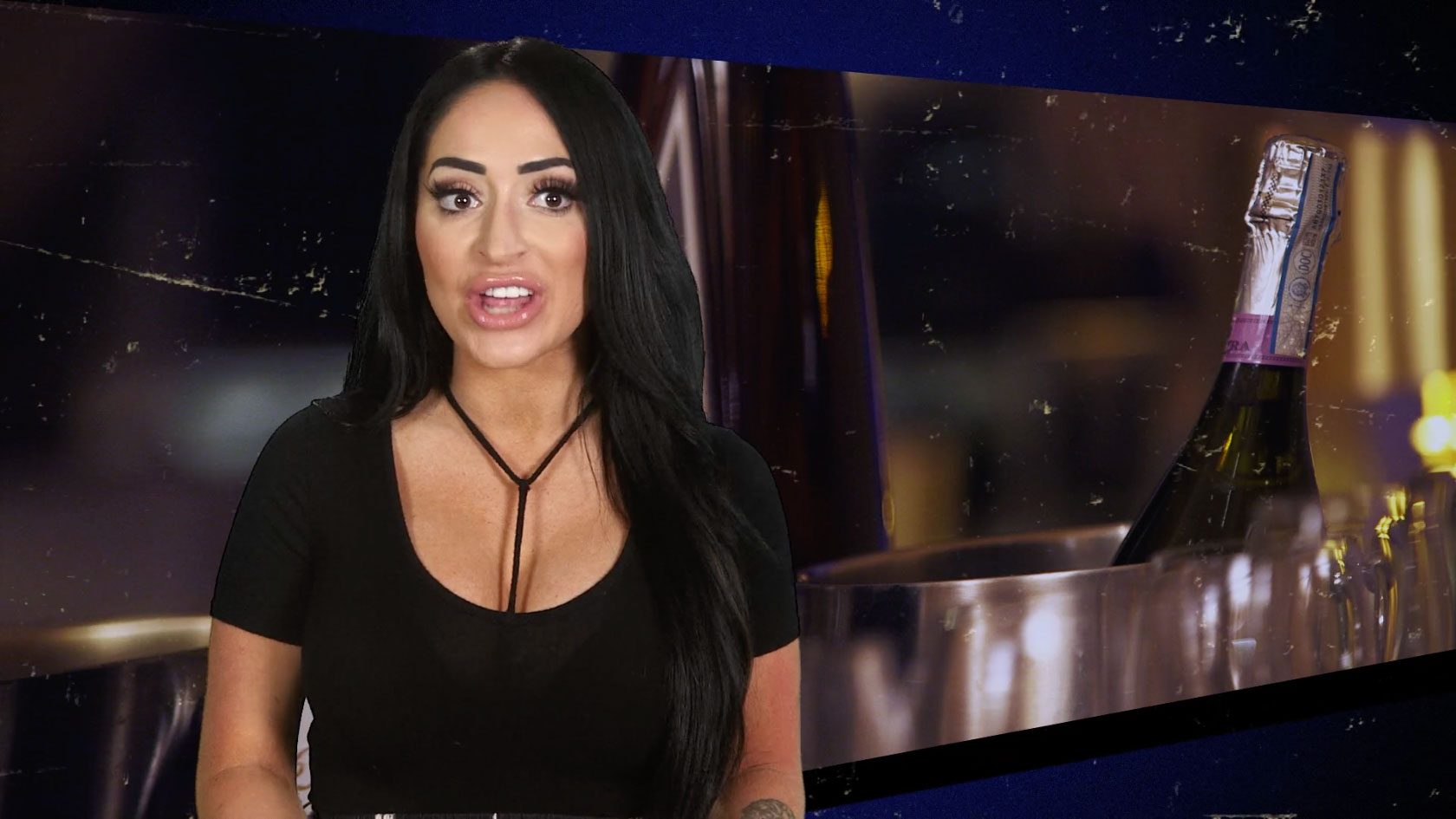 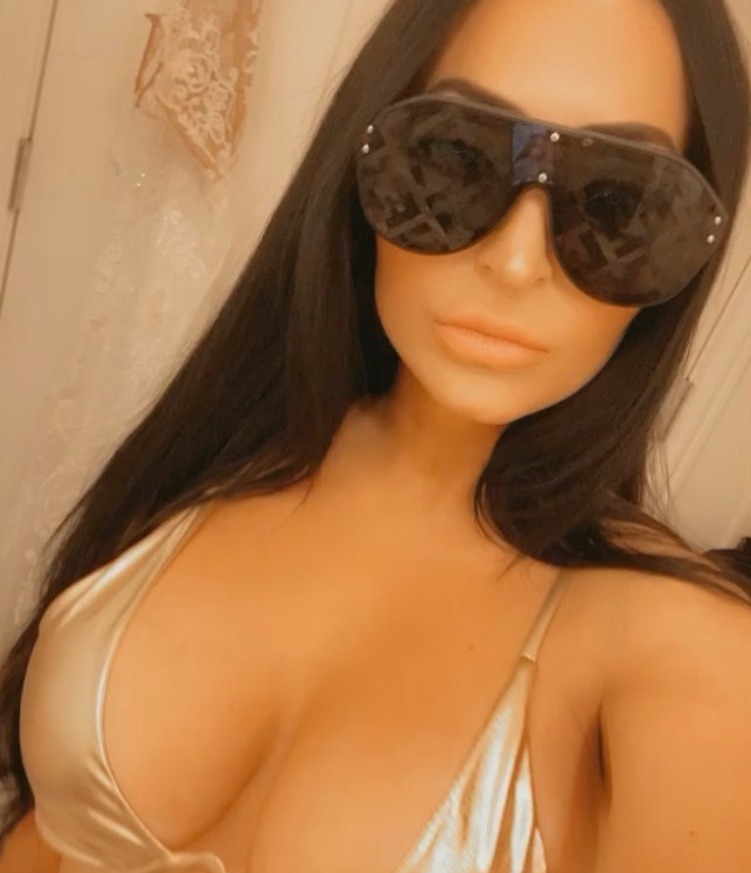 After sharing a number of hashtags that included #proudofmyonesurgery,  #whichwasmyboobs,  #GETOFFME and #ASKMYPLASTICSURGEON, the TV personality shut down speculation that she got a nose job.

Angelina wrote: "I also never ever got a nose job [people]. Same nose since I was born. So nice try on that. I just contour it now with makeup !!! MY ONLY SURGERY HAS BEEN MY BOOBS !!! Ask my plastic surgeon. He knows. I’ve gotten injections and that’s it!"

Angelina has never been shy about revealing what she’s had done in the past and her love of plastic surgery.

In December 2020 she told Page Six that she would rather have surgery than do a squat. 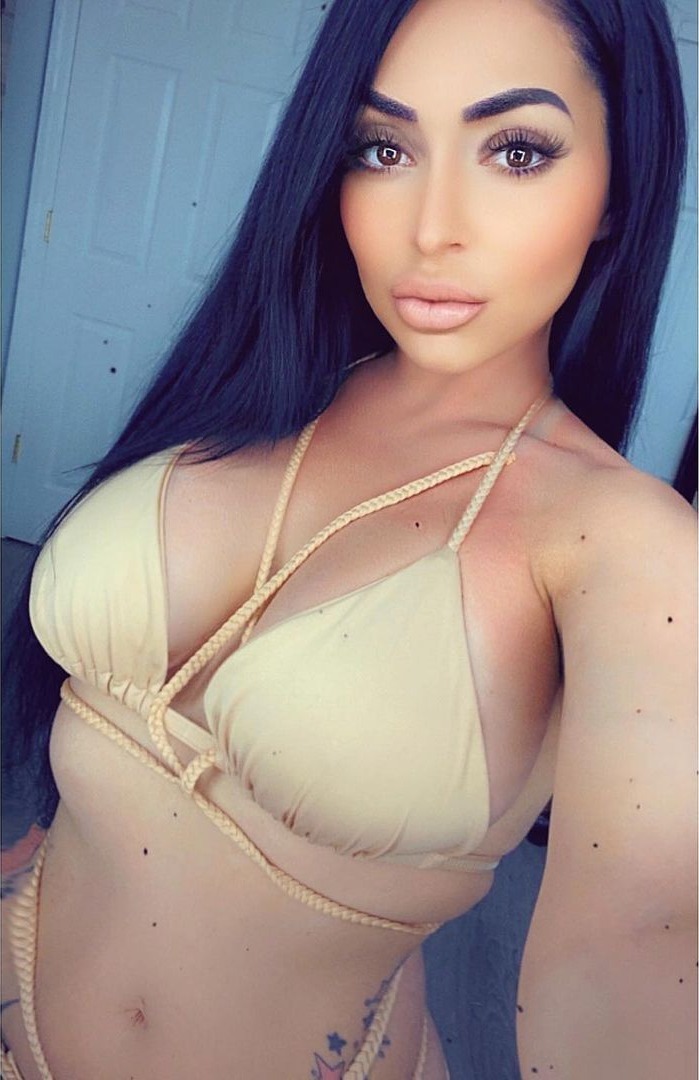 She said: “I don’t do squats. I haven’t done one squat in like years and I’m not going to do squats. I took the easy way out. Sorry, I don’t care! Like, I’m going to be honest.”

Angelina went on: “I’m never going to lie to the fans or anybody that’s going to DM me. I’m going to be honest. And that’s really how I want to be forever.

The MTV star’s honesty with fans led her to share her butt lift procedure on social media over the summer.