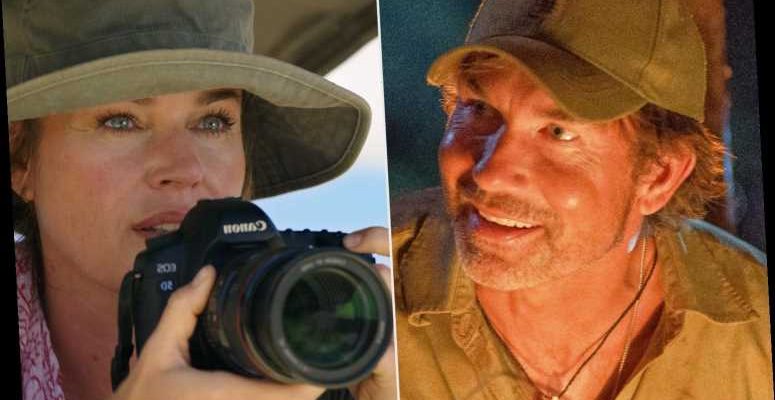 In a PEOPLE exclusive look at the first trailer for Endangered Species, Romijn plays Lauren, a woman who heads on her dream vacation with her husband, Jack (Philip Winchester), and their two kids… only for their African adventure to turn into a fight for survival.

O'Connell, 47, stars as Mitch Hanover, a poacher who decides to hunt the family before they can return to the safety of the camps and report him. This isn't the first time O'Connell and Romijn have starred together in a project. The two first worked together in the 2017 film Love Locks. The couple tied the knot in 2007 and have twin daughters Dolly and Charlie, 12.

In October, M.J. shared a quick clip of herself and the cast at the Samburu National Reserve in Kenya where the thriller was shot.

"That's a wrap folks! Thank you to everyone who worked so hard on this little movie," she wrote in the caption. "There's nowhere I'd rather be than having adventures and making movies with you guys. #untitledmovie #transaction #makingmovies #kenya #shaba #watchoutforcrocs."

Endangered Species is in select theaters and on-demand and digital on May 28, and available on DVD and Blu-ray on June 1.