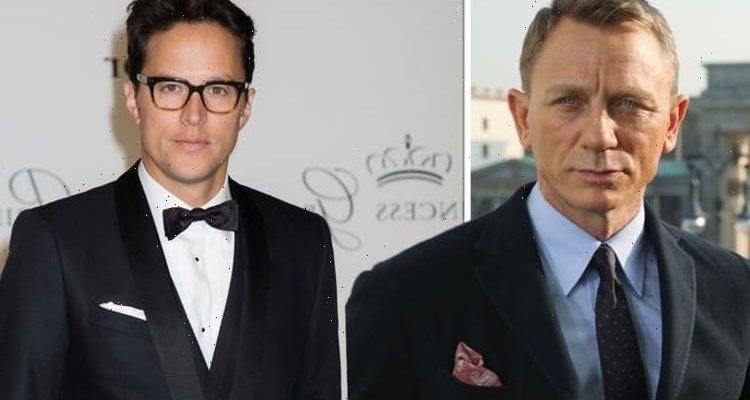 Rege-Jean Page has 'gone to do James Bond' says Neil

When No Time To Die hits cinemas James Bond fans will witness Daniel Craig playing the international spy for the very last time. Before he signed on to play the hero for the fifth time, however, he was thinking about moving on without finishing off ​the series’ storyline. During this interim, director of No Time To Die Fukunaga spoke to Bond executive Barbara Broccoli about the future of the character.

Fukunaga explained he took Broccoli on a dinner date to discuss the finer details.

He recalled: “Two years ago I took Barbara to my favourite Japanese restaurant in New York. I tried to wine and dine her.

“At that point, Daniel said he wasn’t doing another one, so we spit-balled all the potential new Bonds.”

Of course, the notion of who will take on Bond next has been on fans’ lips for over a year now​, but the next actor has been kept under wraps ever since. ​

Fukunaga added: “That was exciting.” (Via Total Film)

What do you think? Who should be the next James Bond? Join the debate in the comments section here

At the moment the next Bond could be almost any actor.

The current odds are stacked in the favour of Netflix’s Bridgerton actor Regé-Jean Page.

The British-Zimbabwean heartthrob has incredible 4/5 odds on donning the tuxedo, according to Ladbrokes.

Following him in the odds are the likes of Tom Hardy with 9/2, James Norton with 5/1 and Luke Evans with an impressive 6/1.

Ladbrokes’ Alex Apati commented: “Regé-Jean Page is clearly the one to beat in the race to replace Daniel Craig as 007, with every other name in the betting now being 9/2 or bigger.

“Having once been a firm favourite in the betting, Tom Hardy’s odds have drifted substantially over the past few months. It’s now looking increasingly likely he won’t be taking over from Daniel Craig.”

Fukunaga went on to tell the story of how he was brought onto the latest film.

He said: “I just told her what I loved about Bond and what it meant to me growing up.”

Fukunaga continued: “And just that I’d be honoured if they’d consider me for the next one.”

He was later taken on by Bond bosses after Danny Boyle stepped down.

The director finished No Time To Die sometime in 2019, set for an April 2020 release.

When the COVID-19 pandemic hit, however, he was forced to push it back.

The movie has since been pushed back multiple times​ ​with its supposed final release date slated for September 30 this year.

In almost two years in between, however, Fukunaga has been resisting changing any parts of the film.

Speaking back in 2020, Fukunaga said: “You could just fiddle and tweak and it doesn’t necessarily get better.