Holly Willoughby, 38, and Phillip Schofield, 57, began the show today by congratulating His Royal Highness Price Harry and Meghan The Duchess of Sussex on the arrival of their newborn son yesterday.

The news broke of the royal brith yesterday afternoon, only an hour after it was revealed to the media the Duchess had gone into labour.

Later reports emerged the Duchess had given birth at 5.26am with Prince Harry giving an update on the mother and child to the press live from the grounds of Windsor Castle shortly after the news broke.

Discussing the lack of detail around the circumstances of the labour and the delayed news on the birth of the royal baby, Holly and Phillip sat down with LBC radio presenter Nick Ferrari, 60, and This Morning regular Vanessa Feltz, 57, on why there was uproar over the news amongst members of the media.

Speaking of the media reaction to the delayed announcement, Ferrari said: “There was an arrangement they would announce labour then they would open the long walk and all the TV crews could all get there and then they’d be in position.

“It’s all gone badly wrong and of course we’re left celebrating, it’s fanatic news, but the media are thinking, as you said, probably not true, well was it for the US?

“Perhaps it’s not, but it’s just a really unfortunate slight savoury turn to something so joyous. That’s my concern,” the journalist continued.

After Nick offered perspective on what details had been missed from the announcement such as where the Duchess gave birth and how she was un-noticed in her journey to a private hospital, Holly exclaimed: “Do we need to know?”

Referring to himself and Vanessa as journalist, Nick explained: “Some of our fraternity have actually been turning against Meghan a little bit, which I think is wrong, and this will add fuel to it and that’s what concerns me.”

Later in the discussion and referring to the break from tradition over the circumstances surrounding the announcement of the news, Vanessa opined: “I really love the way that Meghan has had the guts. Think of all the tradition and precedent. She’s had the guts to say, ‘I’m doing that.’” 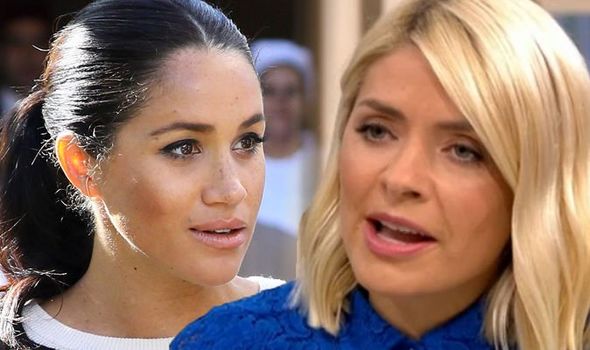 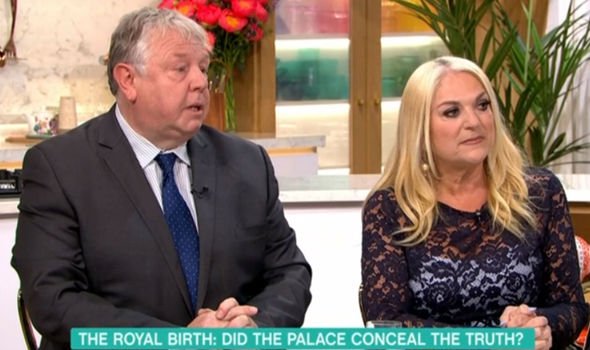 Why are people blaming her?

Holly then chimed in to ask the guests about their colleagues in the media, enquiring: “Why are people blaming her?

“They’re a couple, so presumably, they’re making these decisions together.

“Why is it suddenly people are turning against her?” Holly continued, to which Nick surmised: “They want to see Meghan as the controlling influence. She’s taken over Harry. She wants to move Harry away to the states or the Bahamas or Bermuda or wherever the heck it might be and he’s out Harry.

“I think it’s totally and utterly wrong,” Nick opined, to which he added referring to the clip of Harry speaking of the birth: “That bloke was beaming.”

Speaking of the break from tradition go Harry coming out to speak to the press, Phillip said people may not know the exact details of the birth but instead, got a candid speech from the father of the royal baby. 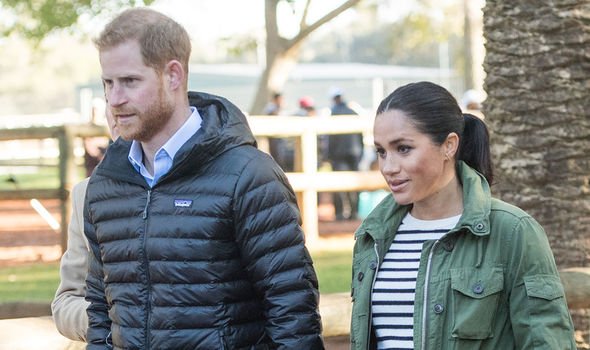 “I just thought it was completely magical,” Vanessa opined, before adding: “He’s so seasoned at speaking to the camera and he still couldn’t stop himself from giggling.”

Holly remarked: “I think everybody just needs to enjoy this moment because they don’t come along that often and it’s the most joyous thing.

“Let’s not let it be tarnished,” the This Morning presenter opined.

Discussion then turned to the possible name for the royal baby, after Prince Harry revealed in the next couple of days, the couple will announce the name as well as giving the public their first glimpse at the seventh heir to the throne.

On yesterday’s programme, hosts Eamonn Holmes, 59, and Rochelle Humes, 30, clashed when it came to discussing cheesecake.

This Morning airs weekdays at 10.30am on ITV.