Isolation Stories made its debut on ITV on May 4 and the peak-time series was directed over the popular video call app, Zoom. Each episode is only 15 minutes long, giving a brief glimpse into the lockdown lives of different individuals. The episodes feature new actors and there will be a total of four episodes, airing daily until Thursday.

Who is in the cast of Isolation Stories?

The first episode, which aired on May 4 and is available to watch in the ITV Hub, features Sheridan Smith as Mel, a heavily pregnant singleton.

She is living alone and will have to face birth without the father of her baby, who is already married to another woman.

The father of the baby chose to stay with his own family, and without a family of her own to support her, she faces isolation by herself.

She does not seem to mind, as she wants everyone else to understand what it feels like to be as miserable as her.

Smith has been praised for her powerful performance, and it has also been revealed her partner Jamie Horn filmed the whole thing himself at her home.

One fan said on Twitter: “Sheridan Smith is phenomenal in this. And whoever thought of doing this show… Legend! #IsolationStories.”

The actress, who was awarded an OBE, is an English actress and singer who is known for her roles in the sitcoms The Royle Family and Two Pints of Lager and a Packet of Crisps.

She has also starred in Mrs Biggs, Jonathan Creek, Benidorm and Gavin & Stacey. 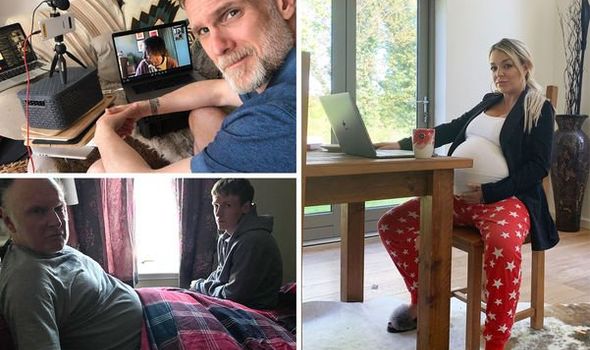 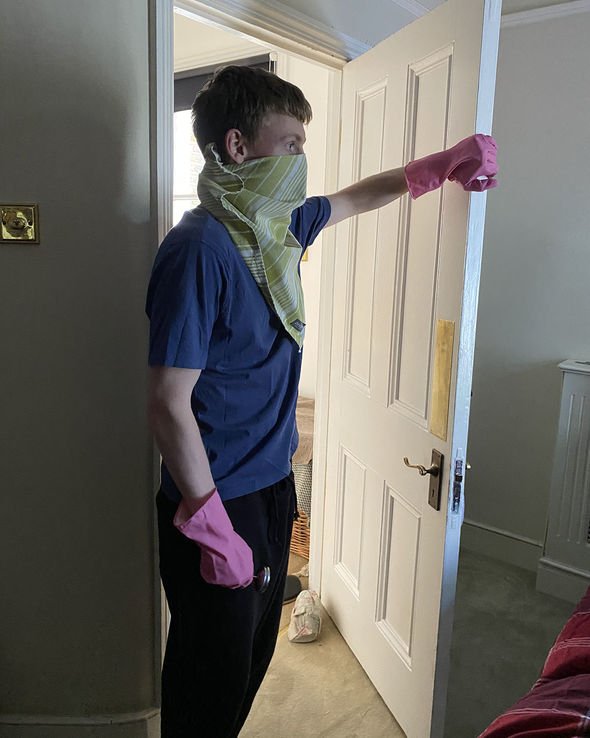 Robert Glenister takes part in episode two of the series with his son Tom, with Robert’s character Ron being struck down by coronavirus.

In the short episode, the virus is causing him to feel confused, and he is unsure of where he is and what is happening to him.

His son Russell is trapped in the house with him and is forced to isolate with his father, but the tension between the two is only made worse.

Wounds that had once healed start to reopen as the father and son have to spend every hour of the day with each other, and Russell becomes more anxious by the day.

Robert Glenister is a British actor who has starred in the BBC series Hustle and the drama Spooks. He is the brother of Philip Glenister who most recently starred in the ITV period drama, Belgravia.

His son Tom has previously starred in series including Doc Martin, Vera and Industry. 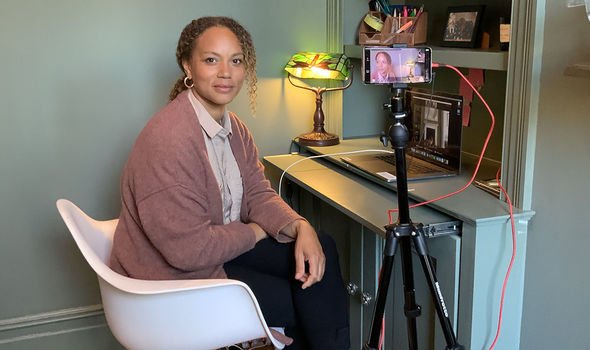 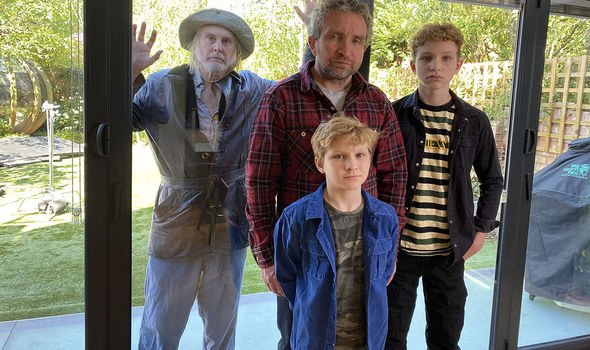 The third episode features Darren Boyd and Angela Griffin as Mike and Rochelle, a paranoid hypochondriac and his psychiatrist.

Like many people during lockdown, Mike is feeling overwhelmed after hearing horror stories about the virus and how easily it can spread.

He insists on setting up an online video call with his psychiatrist Rochelle, who must try her best to talk him into thinking more rationally.

The question is who is being considered the patient, as the discussion takes an interesting turn.

Darren Boyd is a British actor who won a BAFTA award for his work on the Sky series, Spy. He also starred in Killing Eve as Frank Haleton for five episodes. His other credits include Stan Lee’s Lucky Man, Fortitude and Kiss Me Kate.

Angela Griffin is an actress and TV presenter who is known for her roles in soaps like Emmerdale and Coronation Street, and she also starred as Jasmine Hopkins in Holby City.

She was more recently known for her roles in Waterloo Road, and she co-hosted The One Show alongside Matt Baker on one occasion.

Eddie Marsan stars in the final episode, titled Karen, with his sons Blu and Bodhi, and fellow actor David Threlfall.

Threlfall plays a grandad who is trying to bring his broken family together during these difficult times, and he often passes by his son-in-law’s house to wave to his grandchildren.

But his son-in-law, played by Marsan, is still suffering after his wife Karen left him, and he is not a fan of the daily visits.

Eddie Marsan, also known as Edward, is an English actor who is known for his roles in Happy-Go-Lucky, Jonathan Strange & Mr Norrell, and Sherlock Holmes.

David Threlfall is best known for playing the down-and-out Frank Gallagher in the Channel 4 series, Shameless. He has also featured in Code of a Killer, Ripper Street and Troy: Fall of a City.

The series was executive produced by Jeff Pope and Tom Dunbar, and it was filmed following the strict rules of lockdown.

Each family filmed the scenes themselves, in their own homes, and they were watched by directors who were contracting them via Zoom.

The directors were able to watch the footage from their phones and they gave advice to the actors around the positioning of cameras, composition and lighting.

A special episode, called Isolation Stories: Behind the Scenes, will air on Thursday at 11pm after the fourth and final episode.

The unique series was created to highlight the reality of the situation and the magnified issues families face during these unprecedented times.

Isolation Stories is available to watch on ITV at 9pm

Create your own survey at doopoll.co