JOSIE Gibson was treated to Christmas Alison Hammond style this year – and she definitely wasn't disappointed.

The TV presenter, 36, and son Reggie joined Alison, 46, and her family for the big day and Josie was full of praise for her colleague. 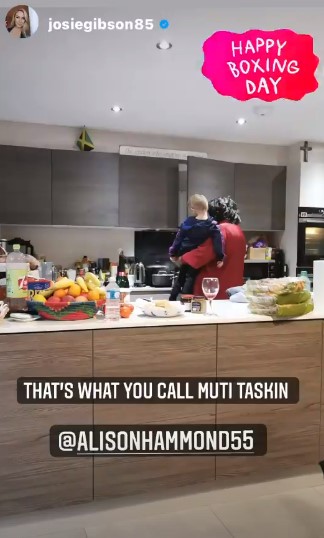 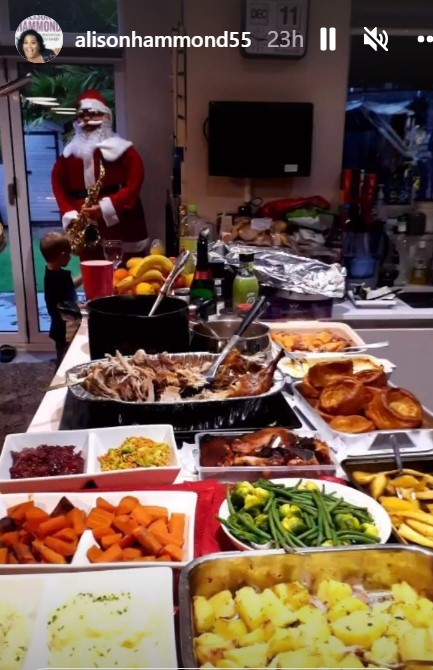 Revealing that Alison went all out, Josie revealed they tucked into a selection of meats, vegetables, roast potatoes and Yorkshire puddings.

And, unsurprisingly after all of that food, Josie's son Reggie, three, needed a nap. Josie posted a cute snap of him crashed out on the sofa and added: "Auntie @alisonhammond55 has Christmased him right out."

But Alison wasn't done and the next day Josie shared a picture of her multi-tasking – carrying Reggie in the kitchen while she whipped up their Boxing Day feast.

During their Friday slot before Christmas, Alison told her co-host Dermot O'Leary that Josie would be coming over after he said he'd love to spend the day at the Hammonds. 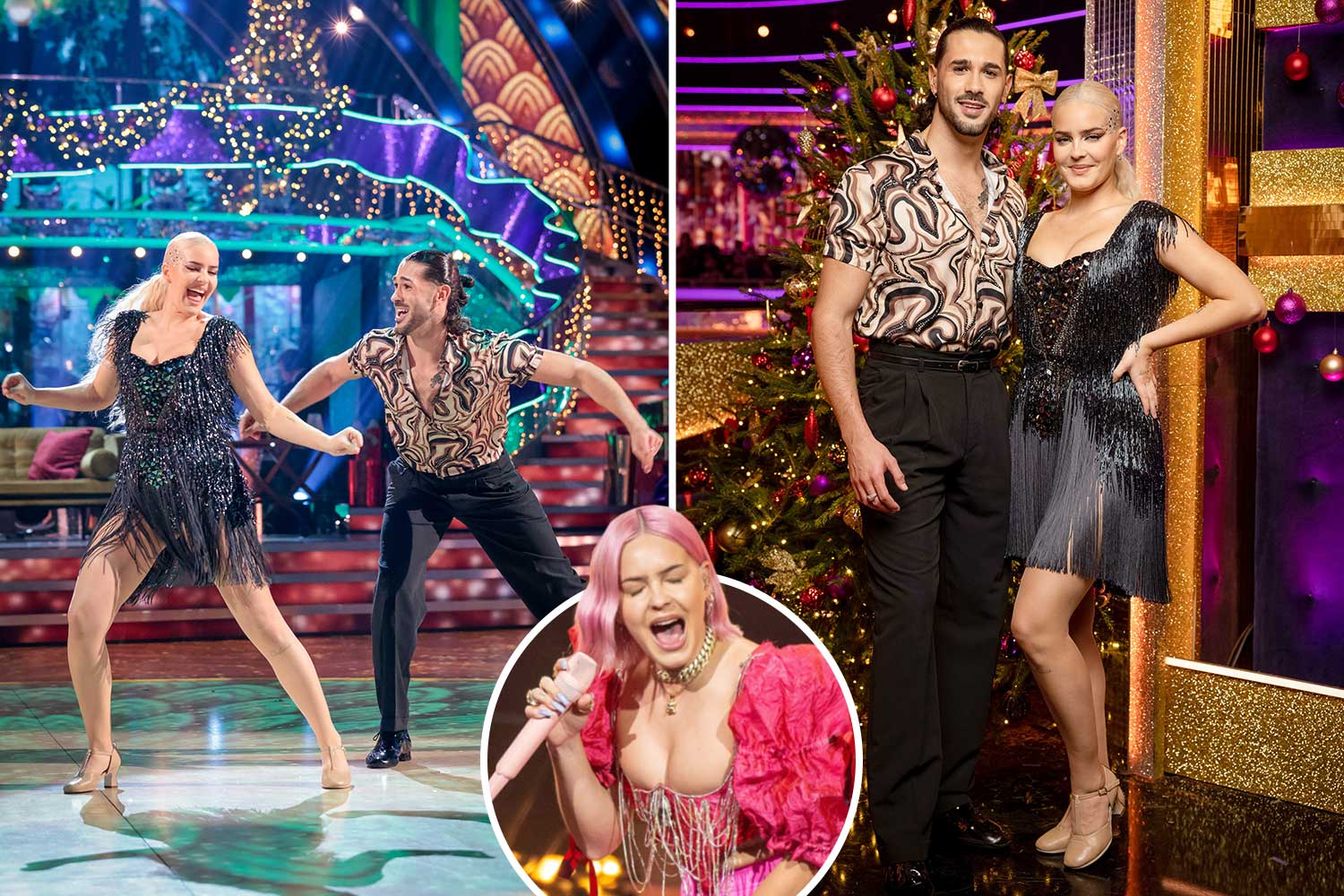 She said: "Well you're more than welcome – Josie's coming if you want to come over. Maybe about six in total, hopefully fingers crossed… government. Hopefully yes, six."

Alison previously opened up about her close friendship with Josie, telling OK!: "Josie and I are really close. We spoke to each other every day during lockdown.”

And Josie echoed her comments, adding: "Alison actually got me through lockdown. She was there for me on the phone every night, and we decided to get very spiritual together.

“I love her. Being around Alison is like having a permanent hug.”

It's been reported that Josie is being lined up to take a bigger presenting role on This Morning after she covered for Holly Willoughby when she was sick earlier this year.

A source said: "ITV have been investing a lot of time in Josie’s development, they see her as a real star of the future. Just like Alison Hammond before her they think she has the personality and talent to take on a more leading role on the show.

"She really impressed when she stepped in for Holly at the last minute recently and the positive audience reaction gave them food for thought." 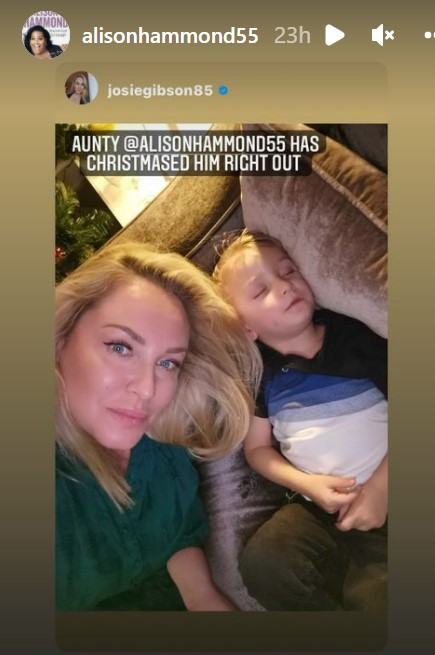 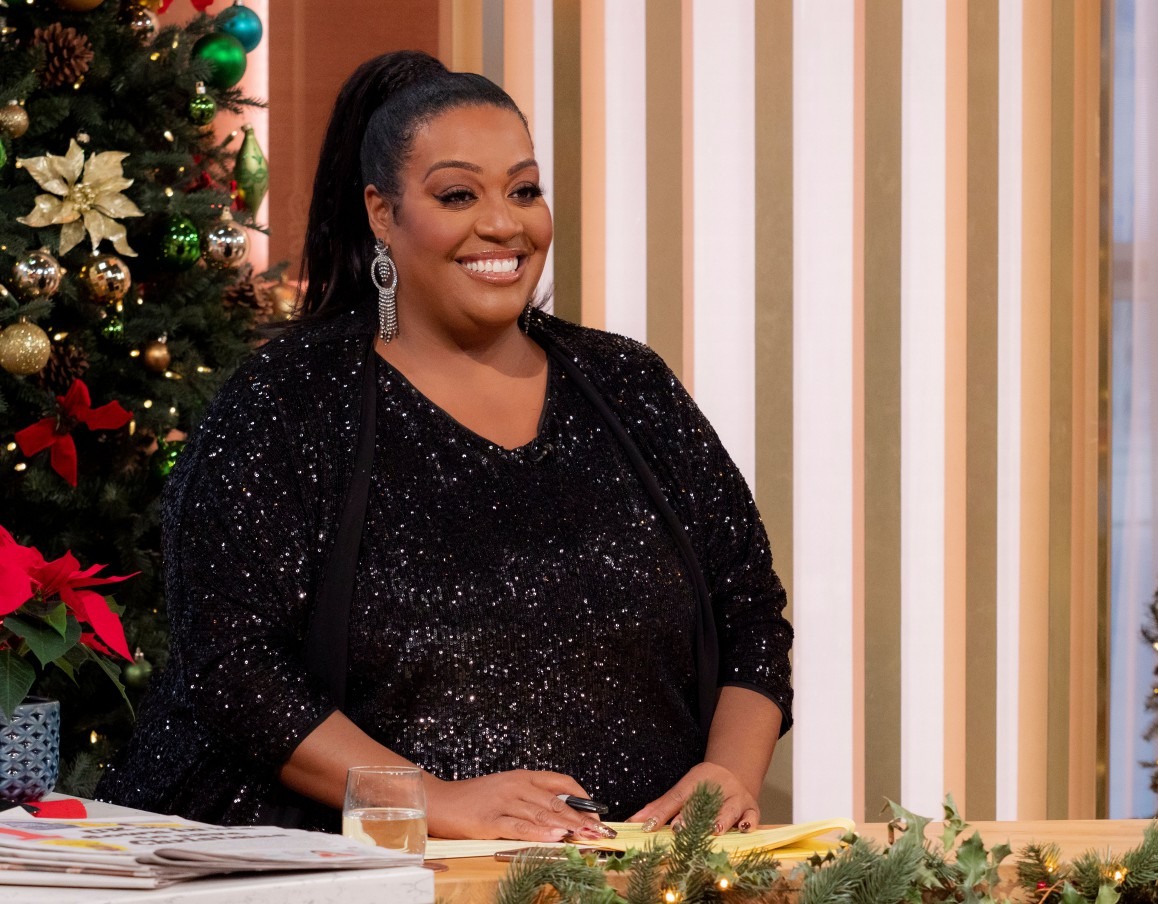 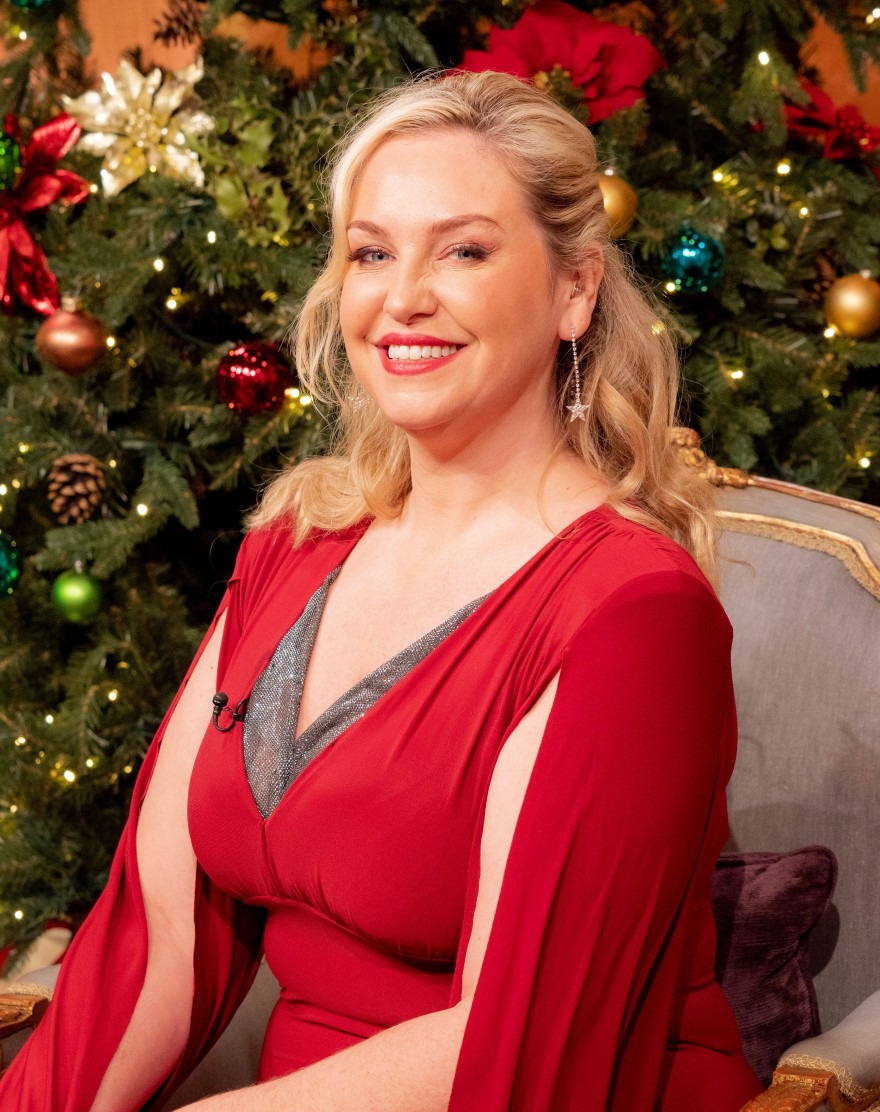