Jan. 8 would have been David Bowie’s 75th birthday, and his widow Iman has led the world in celebration. While some fans are listening to the “Let’s Dance” singer’s music, others are taking to their social media to wish Bowie a happy birthday.

Iman posted a tribute to David Bowie on his 75th birthday

Since Bowie died in 2016 after battling cancer for 18 months, his wife Iman has kept his legacy alive. If you look on her social media, every other photo is Bowie or the couple together. So, naturally, Iman has shared some posts in tribute to her late husband on what would have been his 75th birthday.

On Twitter, Iman first posted a quote from Margaret Atwood: “I exist in two places, here and where you are.” She captioned the quote with, “Jan 8th #BowieForever.”

Then, she retweeted an interview she did with People, where she talked about her relationship with Bowie. Finally, Iman posted a lovely black and white photo of her and Bowie hugging on a beach around the time they married in 1992. Iman’s back is to the camera, but we can see Bowie’s big smile as he embraces his wife. 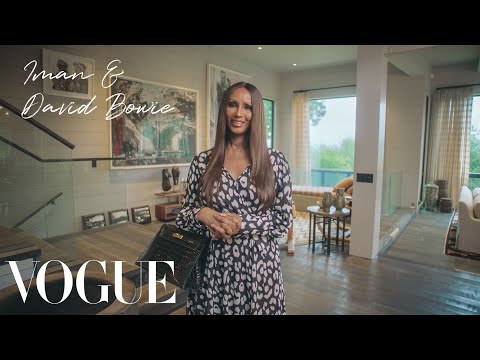 Fans and celebrities have also paid tribute to Bowie

Along with Iman, fans and celebrities have shared their tributes to Bowie on social media.

Lenny Kravitz posted a photo of him and Bowie with the caption, “Happy Birthday to The Thin White Duke.” Meanwhile, Bowie’s “Let’s Dance” collaborator, Nile Rodgers, posted a photo of him with Starman with the caption, “Happy Birthday @DavidBowieReal #letsdance is my only #album w 5 charting #singles. Thx 4 the #faith & #love.”

Peter Frampton wrote, “Happy Birthday David. You’re always in my thoughts. Missing you.” Even Prime Video posted a tribute to Bowie by sharing some photos from some of the singer’s films, including Labyrinth. They wrote, “Today would have been David Bowie’s birthday yet somehow he was always the gift to us.” 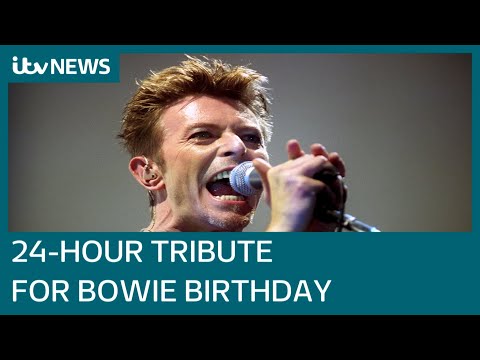 “I’m excited for everyone to be able to experience this very special show we’ve got in store in celebration of what would have been David’s 75th birthday with the bandmates he recorded and performed with, plus a great group of guest artists who he was such an influence to.”

Tickets are on sale for the event via RollingLiveStudios here. If you can’t make the live stream, you can still celebrate Bowie. It’s worth looking at old interviews of the singer, including a newly unearthed interview from Audacy. In the interview, Bowie talked to Jim Keller for a special End Session at Seattle’s 107.7 The End in Sept. 1997.

Bowie said the key to his longevity in music was thoroughly enjoying what he does. We enjoyed what he did too. So much, actually, that we miss him enormously.