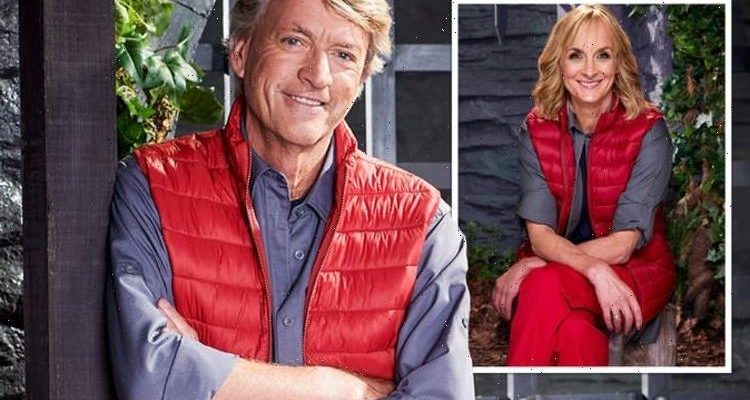 I'm a Celebrity… Get Me Out of Here: Meet this year's celebs

I’m A Celebrity…Get Me Out Of Here! launches its 2021 season on ITV tomorrow night, November 21. The challenging series will once again take place in Wales, where the celebs will battle freezing temperatures and nasty critters. Express.co.uk has all you need to know about how much each of the stars is paid.

Presenter Louise Minchin is best known for her role as one of the BBC Breakfast presenters.

She stepped down from her job earlier this year, focussing her attention on her podcast and love of sport.

The BBC star’s net worth is estimated to be about £2.1million.

The mother-of-two has enjoyed a quieter lifestyle since she left her BBC Breakfast post.

Matty Lee is an Olympic diver and gold medallist, who has worked alongside Tom Daley in various competitions.

He represented the UK at the 2020 Tokyo Olympics and reached the final in diving.

Although his salary for his day job is not known, he has a net worth of around £1.19million according to trendnetworth.com.

Matty is looking forward to taking on the trials this year but confesses he is likely to scream when he comes face to face with rats and critters.

Snoochie Shy is a Radio 1Xtra presenter who hopes to follow in her former colleague Jordan North’s footsteps.

The DJ admitted she was nervous about meeting her fellow contestants and was wary of the challenges ahead.

According to networthenvy.com, she has a total net worth of about £743,000.

The star recently opened up about showing her birthmark on her face for the first time on TV.

On Instagram, she said: “Fact about Snoochie that you may not know. She has a birthmark on her cheek & you’ll be seeing more of her inside da castle!”

Richard Madeley is known for being a presenter on Good Morning Britain, and formerly Richard and Judy.

He is believed to have signed another £200,000 deal to star on this year’s I’m A Celeb, according to the Birmingham Mail.

As for his overall net worth, the broadcaster has been in the business for more than 30 years.

According to Celebrity Net Worth, he is worth £3.6million.

Former Strictly Come Dancing judge Arlene Phillips is the oldest contestant in the castle this year.

But the feisty choreographer will not let that stop her from getting stuck in with the challenges.

Arlene was caught up in a Strictly pay gap row back in 2018 when it was revealed Shirley Ballas was getting paid more than Craig Revel Horwood.

She agreed that experience was important and backed Craig’s remarks that Shirley should be paid “something lower” due to lack of TV experience.

Naughty Boy is a rapper and music producer who was due to take part in last year’s I’m A Celeb.

He had to pull out due to a family illness and was replaced by Radio 1’s Jordan North.

Kadeena Cox is a British Parasport athlete who specialises in sprints and para-cycling.

The sporting star was diagnosed with multiple sclerosis (MS) in 2014, but she has not let her diagnosis stop her.

The 30-year-old is believed to have a net worth of around £1.8million.

The star said she will be able to adapt to the I’m A Celeb trials so she can take part.

David Ginola is a former footballer who played in France for 10 seasons before moving to Newcastle United.

His next move was to Tottenham Hotspur, where he was on a £23,000 a week salary.

The Frenchman, at one time, had a three-year contract worth £3.6million.

Frankie Bridge is a TV presenter who is also recognised as being one of The Saturdays.

In 2021, her net worth is believed to be around £11 million according to hollywoodsmagazine.com.

The singer and songwriter is married to footballer Wayne Bridge, and they have two children.

She is one of the favourites to be crowned queen of the castle in this year’s show.

Danny Miller has said goodbye to Emmerdale as Aaron Dingle to take on a different kind of challenge.

He first appeared on the soap in 2008 and has featured in many emotional storylines.

But he will be pushed to the limit in I’m A Celeb as he admits having a weak gag reflex and was scared of being sick in front of his fellow contestants.

The 30-year-old is believed to have a net worth of £1million.

I’m A Celebrity…Get Me Out Of Here! starts on ITV on Sunday, November 21 at 9pm.