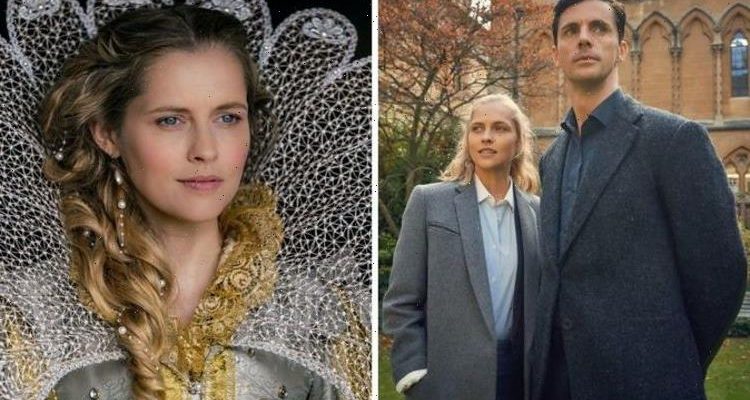 A Discovery Of Witches season 3 trailer from Sky

A Discovery of Witches is about to premiere its third season on Sky Max at 9pm and will drop on NOW straight after. Season three is set to be the biggest yet as it packs in all the major moments from author Deborah Harkness’s third novel in the All Souls Trilogy. The show has a lot of ground to cover before the finale, and only so many episodes to tell it all in.

How many episodes are in A Discovery of Witches season 3?

A Discovery of Witches season three is both exciting and sad for fans, as it marks the end of the beloved fantasy series.

Season three was always set to be the end, as the showrunners were confined to the three books in Deborah Harkness’s original trilogy.

Harkness’s third book is the biggest in the series, so the show will be covering a lot of ground this season.

There will be seven episodes in season three, each lasting between 40 minutes to an hour.

Leonce said: “It’s quick, there’s a lot of information; the book is huge, I do not know how the writers were able to condense it down.

“I just think it’s a powerhouse of a season. It’s literally got everything, there are so many wonderful characters that we get introduced to in season three.”

More than anything, the season will be answering fans’ most burning questions that have been left open since seasons one and two.

Will there be A Discovery of Witches season four?

Sky has confirmed A Discovery of Witches season three is the final series for the show.

However, there is a fourth book set in the original franchise, one that shifts the focus away from Matthew Clairmont (played by Matthew Goode) and Diana Bishop (Teresa Palmer).

The story sees how Phoebe makes the decision to become a vampire, tracking her emotional, spiritual and physical journey.

Sky has not confirmed any spin-offs nor continuations are in development.

While season three is definitely the last for the main series, Sky may announce a spin-off following the release of the third season, if demand is there.

If a continuation is confirmed, there could be a significant wait for it as production would need to begin.

Fans would likely have to wait multiple years before there is more from the fantasy saga.

What is A Discovery of Witches season three about?

The third season follows on from Diana finally harnessing her true powers, with her and Matthew heading back to the present day.

Speaking to Sky, Palmer explained: “Series three sees Matthew and Diana learn to harness the skills that Diana has, but also lean into the reality of their situation, that their love has caused ripple effects.

“And those ripples effects can have devastating consequences, Diana personally has to grapple with her own guilt surrounding her Aunt Em’s (Valorie Pittiford) death at the hands of Knox (Owen Teale), the evil Knox!”

The third season will see one final confrontation that will either bring all creatures together in peace or doom them for centuries of conflict.

A Discovery of Witches will premiere on January 7 on Sky Max and NOW. A USA release date is yet to be confirmed.