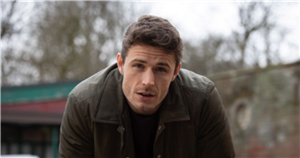 The aftermath of the evil copper's shock murder played out during Friday's first-look episode on E4.

John Paul McQueen (James Sutton) was distraught to find out about his abusive partner's death and was eager to find out more.

Eagled-eyed viewers are now convinced that the youngster was responsible for George's murder.

Taking to Twitter, one fan penned: "Why is Cher acting shocked someone wanted to kill George when they all wanted to kill him the night before- it’s deffo her…maybe."

Another added: "Cher found the body? Very suspicious. is that a clue?"

While a fourth social media user said: "Cher's looking guilty? Did she do it?"

To make matters worse for the McQueen family, Cher decided to post about George's murder on social media.

She shared a snap of the murder scene with her followers in a bid to stop them trolling her.

Mercedes (Jennifer Metcalfe) decided to write a comment on one of Cher's posts, trying to get them to stop the bullying but it only made it worse for the youngster.

Fans of the Channel 4 soap are aware that Cher has a dark side and she's previously confessed to killing her little sister in an accident at home.

This is a live TV story and is constantly being updated.

Please refresh the page regularly to get the latest TV updates.

TV & Showbiz reporters are working to source the latest information, reaction, pictures and video related to this story.

Or like our Daily Star Showbiz Facebook page to get the day's biggest stories, and have your say on them.

Why not also subscribe to receive our regular Daily Star showbiz newsletters?

You can do this on this page by simply entering your email address above and hitting 'subscribe'.

Download the Daily Star app for flash alerts on the biggest stories of the day, so you don't miss out.

Why not also subscribe to receive our regular Daily Star news bulletins? You can do this on this page by simply entering your email address above and hitting 'subscribe'.