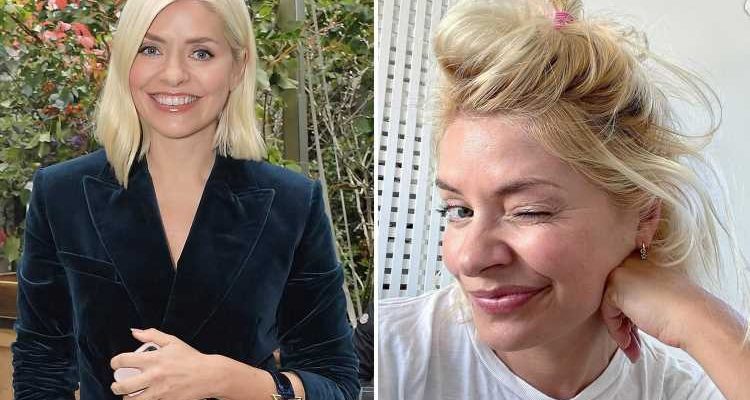 THIS Morning host Holly Willoughby has been praised by fans for taking to Instagram au natural – with her hair in a messy bun.

The TV presenter posted a selfie from home on Friday afternoon, opting to go without make-up and tying her hair up as she took a break from ITV filming. 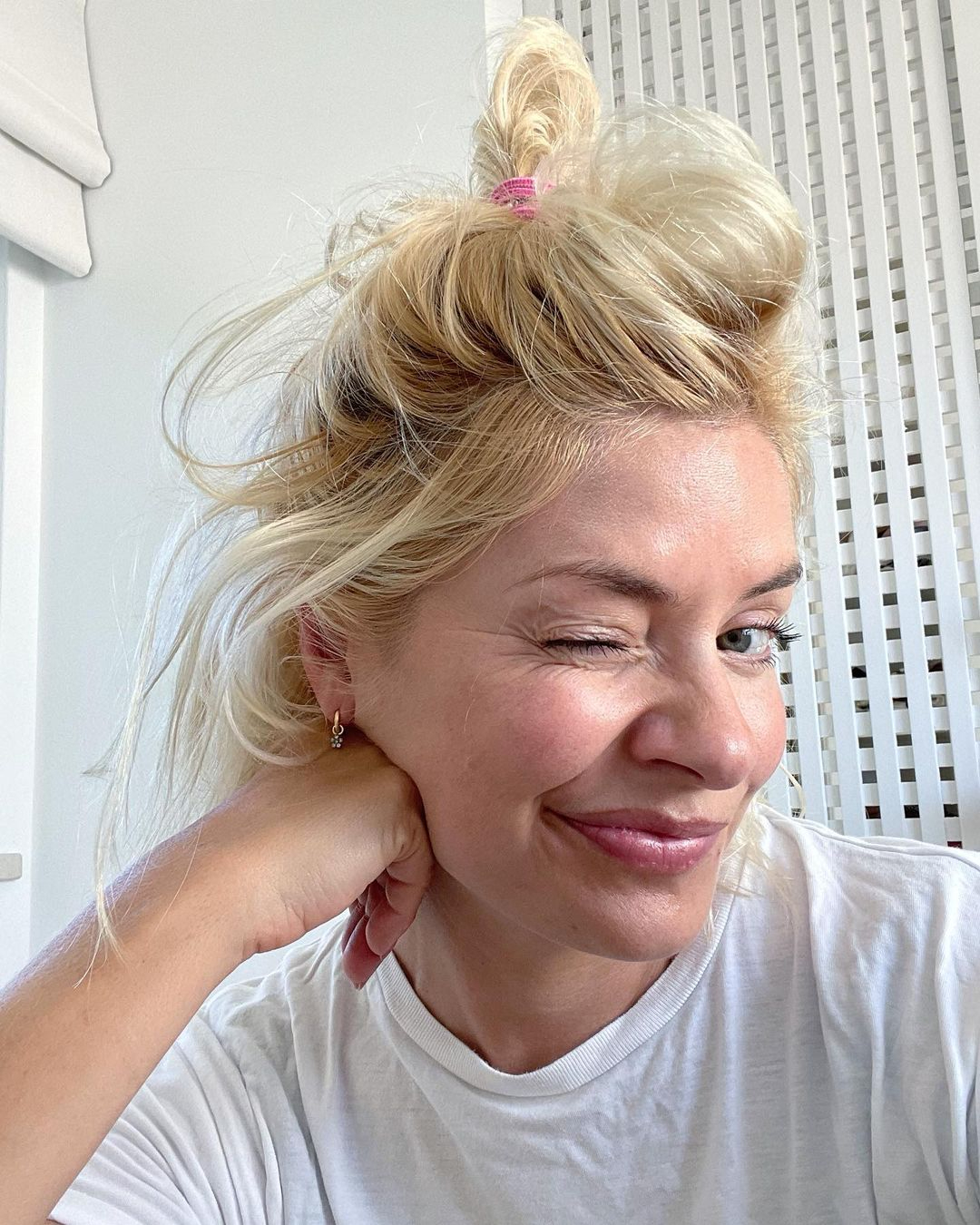 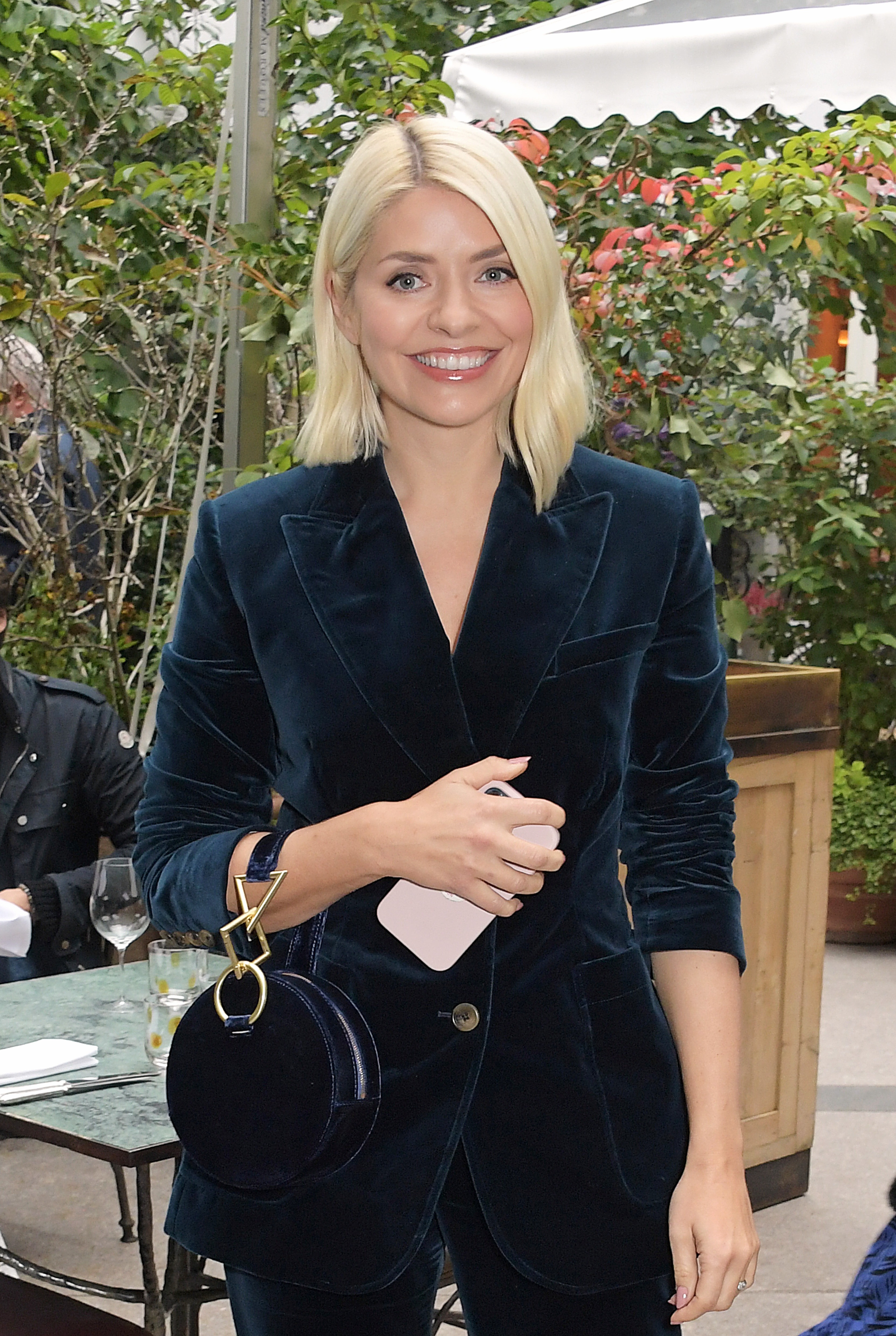 Holly, 40, had fans gushing over her new look as she showed off her blonde locks in a way never seen before – straight out of bed.

Wearing a white t-shirt and going make-up free, her hair looked as though it was trying to escape the tiny pink hairband atop of her head.

Closing one eye as if to wink at the camera, Holly kept her accessories minimal with just a pair of earrings as she relaxed at home.

"When you look in the mirror for the first time that day… How’s your Friday looking?" she captioned the unusual selfie.

Fans immediately flooded the comments section to heap praise on Holly, calling her "amazing" and "beautiful" as they shared their own early-morning looks.

"I'm the same, my hair looks like I walked through a bush backwardds and my eyes need another four hours sleep," wrote one woman.

Another chimed in: "Always beautiful Holly. Very trendy hairstyle you've got," as a third joked: "At least your skin looks totally fabulous."

It comes after Holly was seen posing in a bath towel at home and told fans she was having the "best hair day ever".

In an ad for her Wylde Moon well-being site, the mother-of-three shared the products she uses to keep her hair in perfect condition.

The presenter, 40, launched her new lifestyle brand last month after deciding to create a space where she could share people, places and products that she loves.

The star attended the launch event of Wylde Moon at Petersham Nurseries in Covent Garden, London.

Holly opted for a sophisticated blue velvet jacket and matching trousers for the occasion.

The telly favourite looked stunning as she styled her blonde locks into some loose waves.

Last month, The Sun Online exclusively revealed that the star plans to flog hairdryers, rugs and cosmetics on her Wylde Moon website.

Another includes her signature scented candle – named The Wild – which is the first product that has dropped.

The price range varies from £40 to £65 depending on the size.

It is described as: "A fresh, aromatic blend that has been crafted by British perfumers using high-quality, sustainable, botanical ingredients with notes of tomato leaf, geranium, sandalwood, mint and rose."

In September, Holly revealed that she practises sound baths and meditation as she launched her new project.

On her new site, she explains how she rediscovered herself while filming I'm A Celebrity in Australia without her family.

She said: "Australia is the land of alternative therapies, and the town that I was in truly had all kinds of things for all kinds of people.

"Through this wonderful kinesiologist called Josie, I really started to unlock pieces of myself and when I came back to England, I knew that I didn’t want to stop everything I’d learnt.

"Now I have things in my own hypothetical toolkit, like meditation and sound baths, that really work for me."

Holly wants Wylde Moon to help women discover their sense of self, similar to her experience Down Under.

She said: “The most important pillars of Wylde Moon are about having a true sense of self, igniting your intuition, knowing your self worth, nourishing your body and soul through music, food, laughter, sex, passion, beautiful things or all of the above.

"I think it’s important that we pick those beautiful things carefully, whether they’re for your home or your body.

"And that’s not something we should feel guilty about either, because we all love different things. 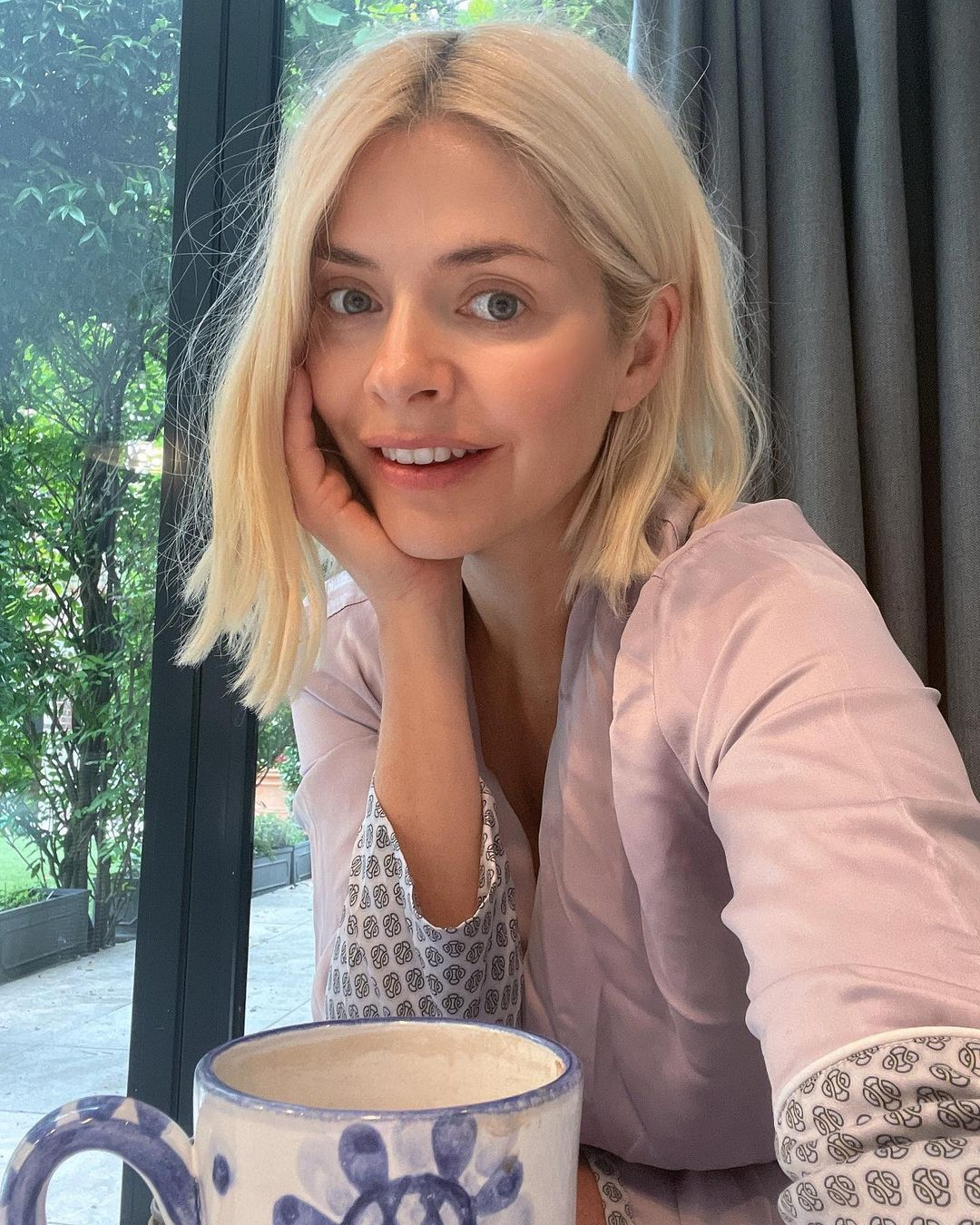