Today, Adam Driver is something of a sex symbol. But that wasn’t always the case for the House of Gucci star. Before Lena Dunham’s HBO series Girls, Driver had not filmed a sex scene. Find out why Driver never felt uncomfortable filming a sex scene in the coming of age HBO series.

In December 2017, Driver told the Irish Times about his many sex scenes in Dunham’s HBO series Girls. “If it’s for no purpose whatsoever, that would be very uncomfortable,” Driver admitted. “But part of the storytelling is about our bodies and how they look. If there’s something that’s not flattering about it, that was probably what we were going for. That’s my job, to tell the story.”

As Driver explained, the sex scenes in Girls weren’t gratuitous. “There was always a point behind it,” the House of Gucci star said. “It was always still storytelling. It just seemed very natural. We talked just as much about being naked, and what was the story and the sex scenes, as we did about scenes where there’s dialogue.”

Dunham’s show, dubbed the Sex and the City for Millennials, explored the lives of four college-aged women. From their career struggles to their passions and their sex lives, Girls dared to tell stories other series were avoiding at the time. 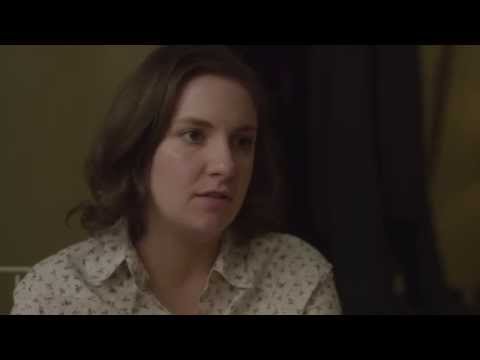 Playing Dunham’s onscreen boyfriend Adam Sackler, Driver had a lot of sex scenes. “Girls was the first sex scene I’d ever done,” he told Newsweek in 2013. “I thought, ‘This is weird! People are filming this, and usually I do this privately.’”

For the most part, working on Girls allowed Driver to grow as an actor. “Without Driver in the role, Adam the character would never have become as central to the show as he is now,” Dunham told Newsweek at the time.

Today, acting in sex scenes has become second nature for Driver. In both Annette and House of Gucci, both released in 2021, Driver is front and center of each film’s sex scenes.

Annette, the Leos Carax-directed rock musical starring Driver and Marion Cotillard, shows Driver singing “We Love Each Other So Much” amid performing oral sex. What’s more, Driver and Lady Gaga perform in an “animalistic” sex scene in House of Gucci.

The scene comes early on in the film, when Maurizio Gucci (Driver) is hired to work for Patrizia Reggiani’s (Gaga) family business. In the middle of their work day, the two sneak off to get intimate.

“We were feeling it, so to speak,” Driver told Entertainment Weekly at the House of Gucci premiere in New York City. “Everything I say sounds like a double entendre, but we winged it!” He added how comfortable he and Gaga were at that point, as they had been filming for a month.

It looks like Driver’s early days on Girls continue to lend themselves to his craft. See Driver in House of Gucci in theaters and on Paramount+.