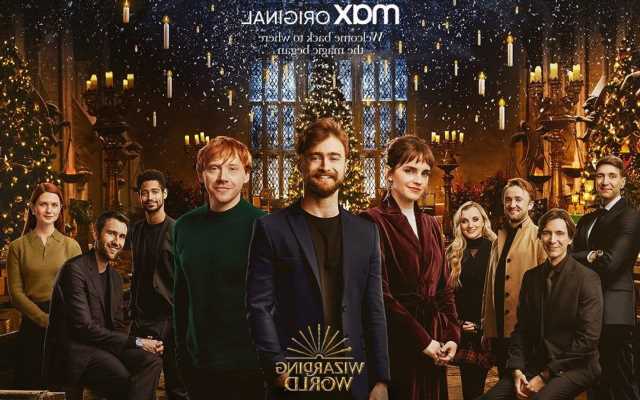 In the new sneak peek of ‘Harry Potter 20th Anniversary: Return to Hogwarts’, Emma Watson tears up as she, Daniel Radcliffe and Rupert Grint reflect on what the movie franchise means to them.

The trio are seen revisiting iconic places of the “Harry Potter” franchise, from King’s Cross Station to Hogsmeade, as Radcliffe says in voiceover, “The thing that scared me the most was the implication that the most meaningful thing in our life was done, and there’s something so joyous about seeing everyone and [being] like, ‘It wasn’t, though.’ “

Watson adds, “It feels like no time has passed and loads of time has passed.” Meanwhile, Grint talks about the time he spent with the cast, “It’s a very heartwarming thing, ’cause I’ve watched you grow up and I’ve seen kind of every stage of your life.”

Radcliffe, Watson and Grint have a hearty chat as they giggle and laugh in the video. In a poignant moment, the Hermione Granger depicter gets teary eyed as she and Grint talk about the cast’s “strong bond.” He says, “It’s a strong bond that we’ll always have. We’re family. And we will always be part of each other’s lives,” before he and Watson share a hug.

Meanwhile, the cast, including Matthew Lewis, Tom Felton and Evanna Lynch, gathers on the set that resembles Hogwarts dining hall as the likes of Helena Bonham Carter and Ralph Fiennes talk about their characters.

“Harry Potter 20th Anniversary: Return to Hogwarts” will premiere on HBO Max on New Year’s Day, January 1, 2022. The retrospective special will tell an enchanting making-of story through all-new in-depth interviews and cast conversations, inviting fans on a magical first-person journey through one of the most beloved film franchises of all time.