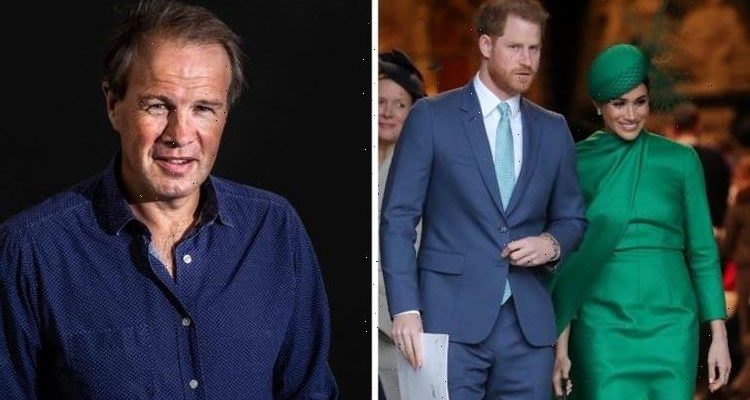 The ITV programme, titled Prince Philip – A Royal Funeral, will be presented by both Tom Bradby and Julie Etchingham. ITV confirmed that the special will be broadcast on Saturday from 1:15pm until 4pm. The programme will feature reaction and tributes to the Duke from people across the country. Journalist Mary Nightingale will also talk to members of the armed forces as they prepare to take part in the funeral procession.

Bradby has made no secret in recent years the close bond he has held with the Duke and Duchess of Sussex and other members of the Royal Family.

From accompanying them on their tours during their time as serving royals, Bradby’s credentials as a royal reporter for ITV span a number of decades.

And his stint as host of Prince Philip’s funeral comes after it was announced by the Queen via a statement last week that he had sadly passed away on Friday morning at Windsor Castle.

The Queen and Philip were married for 74 years and were the only couple in the family’s history to celebrate their platinum anniversary. 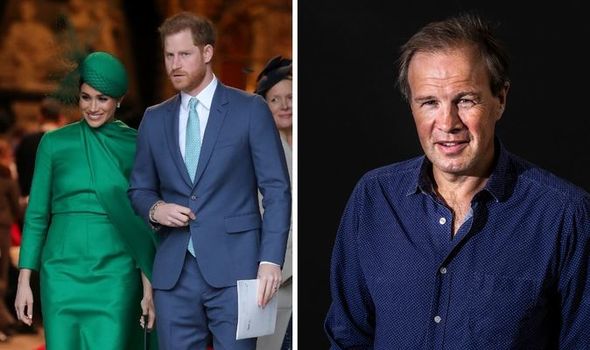 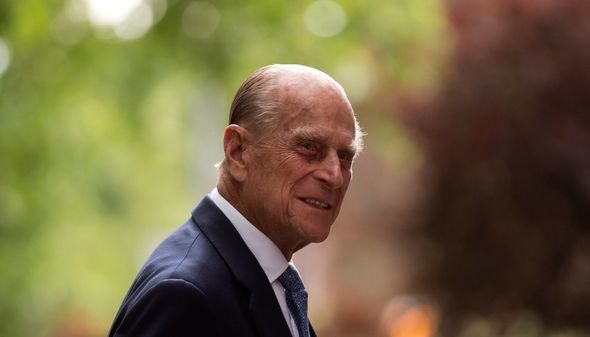 Details of Prince Philip’s funeral were unveiled over the weekend.

The Royal Family stated on Twitter that “the plans for the funeral are in line with His Royal Highness’s own personal wishes”.

The statement added: “The occasion will recognise and celebrate The Duke’s life and more than 70 years of service to The Queen, the UK and the Commonwealth.”

The Duke of Edinburgh’s funeral is set to take place in St George’s Chapel, at Windsor Castle, at 3pm on Saturday.

However, members of the public have been urged not to visit the market town in Berkshire to watch the event due to the coronavirus pandemic.

A maximum of 30 people can attend the funeral because of coronavirus restrictions and social distancing will be in place. 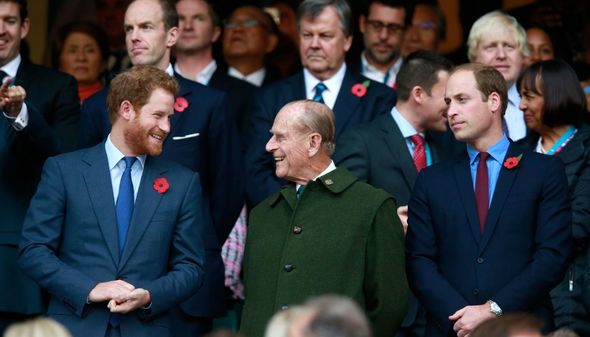 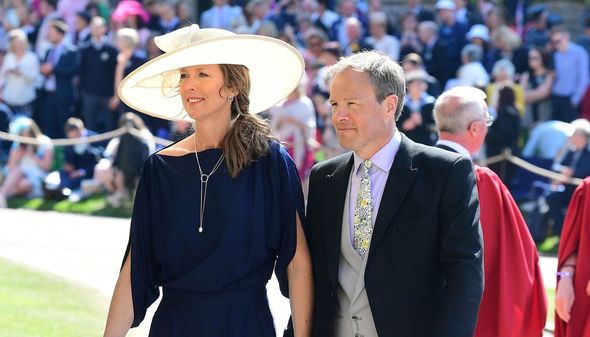 Preparations are already underway as military rehearsals for the ceremonial procession at the funeral were held today in Pirbright, Surrey, with a full-dress rehearsal is expected to take place at Windsor Castle tomorrow.

Bands also rehearsed music including the national anthem, Jerusalem and I Vow To Thee, My Country.

Prince Philip’s personal association with the military will be a key aspect of his ceremonial funeral this weekend, with pictures showing the Royal Navy, RAF and Army present during an eight-minute procession in the grounds of Windsor Castle during the rehearsals.

The royal was promoted to lieutenant commander and given his first command of HMS Magpie in July 1950, which is a name that lives on in the current Navy fleet.

Prince Harry has returned to the UK for his grandfather’s funeral while his wife, Meghan stayed in California due to pregnancy concerns.

According to royal expert Ingrid Seward, The Duke of Sussex, who is currently self-isolating at Frogmore Cottage, will want to get back to Meghan quickly after the funeral.

She claimed Harry will return to California the day after the funeral or later that day.

Speaking to US Weekly, Ms Seward said: “I think for the period that Harry is here they will very much want to put their differences behind them.

“I think Harry will very much want to get back to Meghan as soon as the funeral is over.”

She continued: “He will probably return to California maybe the next day or maybe later on Saturday.

“He won’t have a great deal of time to be in a potentially embarrassing situation with his family.

“There is no way they’re not going to be anything other than absolutely charming to him and vice-versa.

“There’s no point, Harry knows it’s about his grandfather.

Prince Philip – A Royal Funeral will air on Saturday at 1.25pm on ITV.