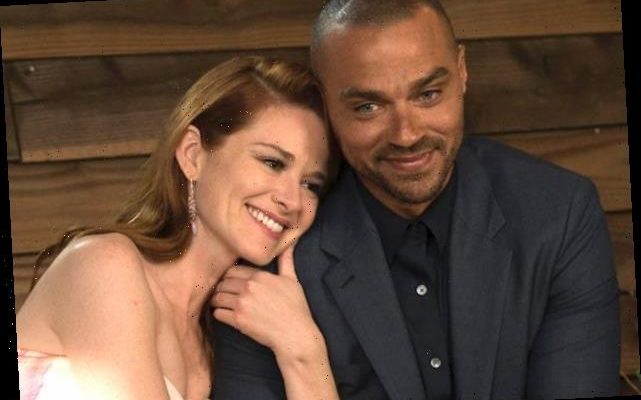 Dr. April Kepner is in the house. Less than a week after news broke that Grey’s Anatomy would be welcoming back former series regular Sarah Drew for a Season 17 guest appearance, she shared a behind-the-scenes photo of herself with longtime leading man Jesse Williams, who plays Harriet’s father, Jackson.

No big deal, Drew joked in her caption. “Not excited at all.”

Viewers of the enduring ABC medical drama will recall that after a nine-year run as Dr. Kepner, the actress and castmate Jessica Capshaw (formerly Arizona) were written off in 2018. Since then, April has been said to still be residing in Seattle with her and Jackson’s daughter, and her husband, Matthew (aka the fiancé she left at the altar to elope with her now former spouse). Having resigned from Grey Sloan, these days Kepner works with EMT Matthew to provide medical care to Seattle’s homeless population.

As for Drew, once she became a free agent again, she was cast in a pair of CBS pilots — one a reboot of Cagney & Lacey, the other The Republic of Sarah — neither of which went to series. She also booked a recurring role in Freeform’s upcoming thriller Cruel Summer.

To date, there has been no word on what brings April back to Grey’s Anatomy or the episode in which she’ll appear. We can only hope that she has an amusing reaction to Jackson’s new no-strings-attached fling with colleague Jo. (It’s a hoot.)

What do you suspect brings Kepner back to the show? Hit the comments with your theories.