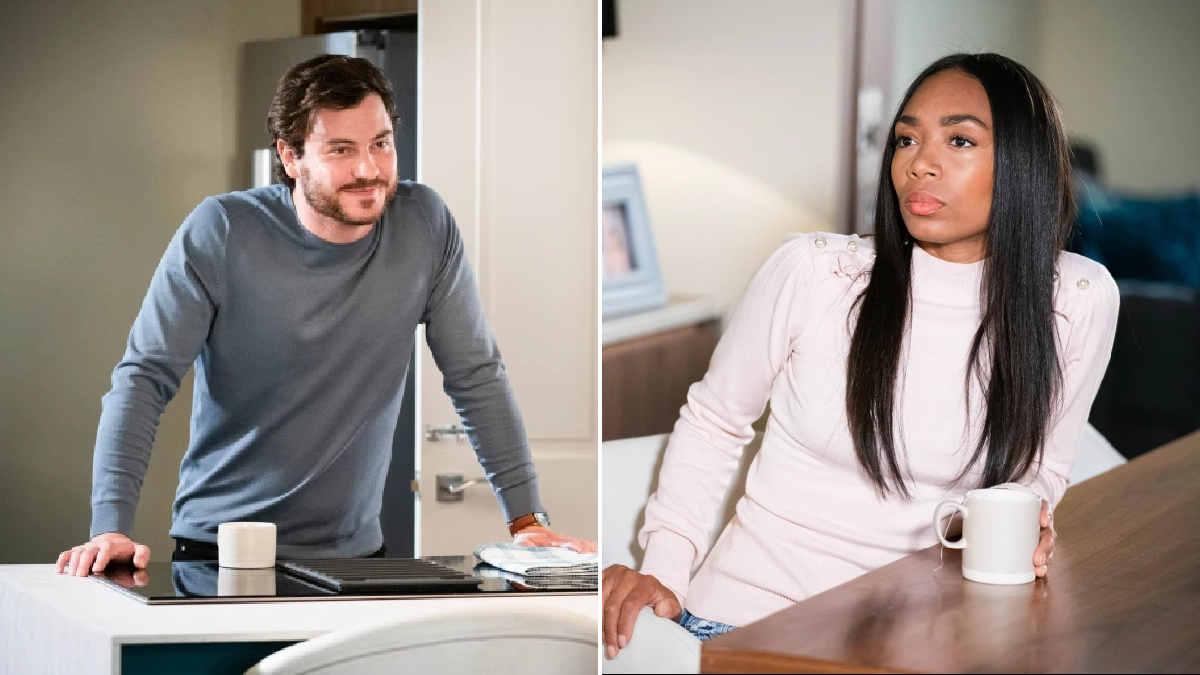 Gray Atkins (Toby-Alexander Smith) will take his control over new fiancé Chelsea Fox (Zaraah Abrahams) to the next level in EastEnders, but will a smart Chelsea catch him out?

Gray is still keen on telling Mack and Mia about the pregnancy, but Chelsea still isn’t ready.

As Chelsea heads off, Gray enlists the help of Jack (Scott Maslen) and Kim (Tameka Empson) to move Chelsea’s stuff from the Fox’s to No.1.

Chelsea arrives back and is shocked to discover Gray has moved her in and told Mack and Mia about their new sibling.

The next day, Chelsea’s anger disappears when she sees Gray has bought her an engagement ring.

Later on, Chelsea gets a call from Gray, asking to pick up an unwell Mia from school.

When Whitney (Shona McGarty) appears, Chelsea’s stunned as Whitney hopes she’s absolutely sure about getting married.

As Chelsea and Gray discuss child minding, Gray manipulates his new fiancé into looking after Mia for the day.

Gray is upping the ante with his control over Chelsea, but is this upcoming wedding set to end in disaster?

If an interfering Whitney recognises something isn’t right about Gray, what danger lies ahead over the next few weeks?