Good Morning Britain viewers have become accustomed to Piers Morgan’s rants and rows over the years. However, despite being the face of the ITV show, Piers doesn’t appear alongside co-host Susanna Reid on Thursday and Friday mornings and is instead replaced by other presenters, such as Ben Shephard. During today’s episode (January 16), however, some fans were calling for Piers to “change his contract,” and front the show all week.

Ben was joined by host Susanna this morning as well as GMB regulars Kate Garraway and Laura Tobin.

The GMB hosts discussed a wide range of issues, including Prince Harry and Meghan Markle’s departure from the Royal Family to the Oscars. 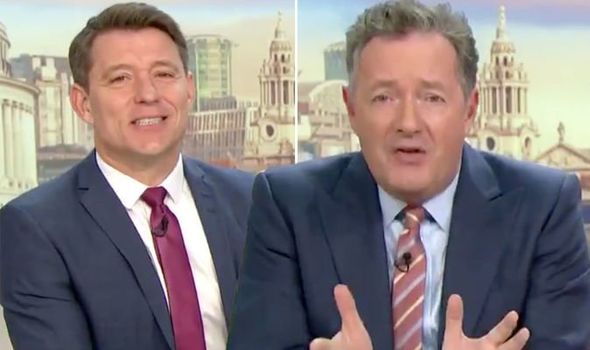 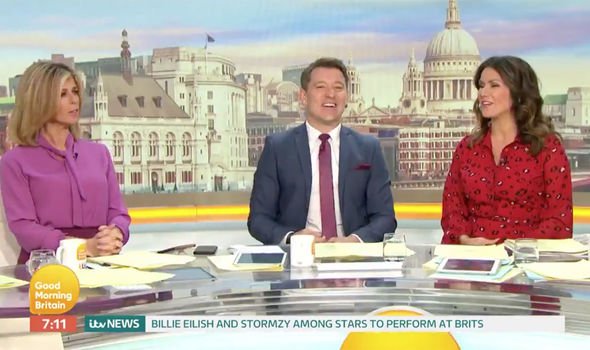 “As much as I love the show on a Thursday and Friday, it just doesn’t touch the sides. It’s too soft.

“I need a stiff debate at 7am to wake up. Yoo much softness. If I’m allowed to say that these days. PLEASE EDIT YOUR SCHEDULE!!”

The Good Morning Britain fan wasn’t alone in their thinking as other viewers called for Piers to return.

Replying to a photo of Susanna, Kate and Ben from GMB’s Twitter account, one fan said: “Where’s Piers? No point watching now.” 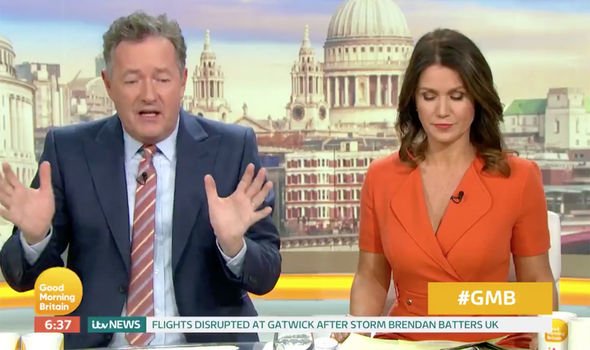 Another fan agreed: “Love him or hate him? @piersmorgan oh no!!! I am sitting with my cup of tea watching @GMB….waiting for 6:30am, thinking it is Wednesday….just realised it is #thursdaymorning = No Piers [cry emoji].”

While a fourth fan said: “@GMB please not Ben Shephard someone buy him a jacket that fits him because he spends the whole show fiddling with it. Game show yes. Interviewer NOT to fluffy.”

Never the less, Ben will continue to front the show in Piers’ absence for the time being.

And it wasn’t every GMB fan who called for the return of Piers as a number also welcomed the change.

One fan paid a particular reference to the change from Piers’ typical “shouty” rants.

They said: “@GMB I do love it when Ben and Susanna present GMB. It’s just so much more informative and less shout.”

A second said: “#GMB so nice to watch a calm, intelligent debate on the Harry and Megan this morning, well done Susana and Ben!”

While a third added: “Everyone on @GMB seems much happier when #PiersMorgan is not around 🙂 @susannareid100 @kategarraway @benshephard #GMB #susanna #kate #ben.”

Piers won’t be back until Monday morning but already caused a stir earlier this week.

The GMB host hit headlines for slamming Meghan and Harry’s decision to head to Canada after stepping down from the Royal Family.

Meanwhile, GMB suffered a live blunder as the show was taken off air in a brief error.

Ben will return tomorrow to front the show before the weekend.

Good Morning Britain continues every weekday on ITV at 6am.