Gilmore Girls aired for six seasons on The WB television network before moving to The CW for its seventh and final season. Between 2000 and 2007, the series starred Lauren Graham (Lorelai) and Alexis Bledel (Rory) as the fast-talking mother/daughter duo. There were also a number of celebrities that showed up in Stars Hollow before they became big names in Hollywood. Here are seven celebrities fans forgot appeared in Gilmore Girls. 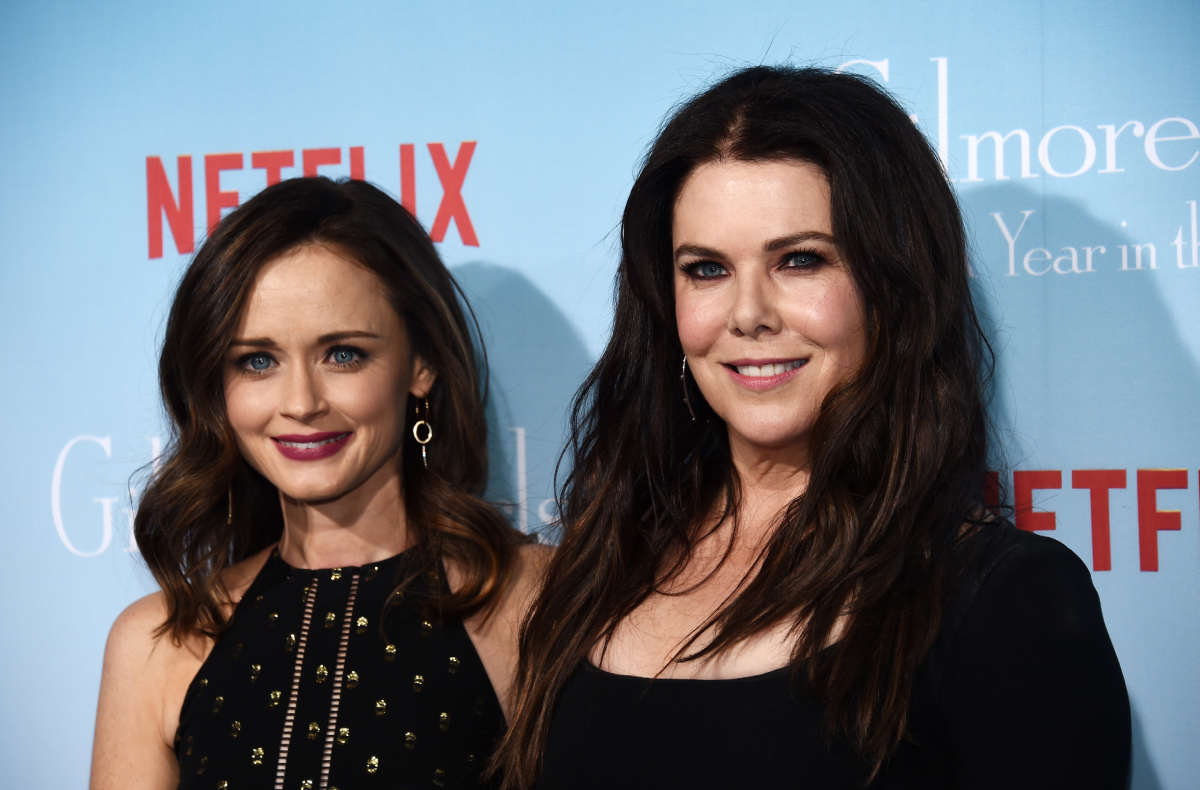 Glee star Jane Lynch made a brief cameo during Season 1, Episode 10 titled “Forgiveness and Stuff.” Lynch played a hospital nurse who took care of Richard (Edward Herrmann) after his heart attack. But she refused to put up with Emily’s (Kelly Bishop) antics.

Years before he landed the role of Ron Swanson in Parks and Recreation, Nick Offerman had a small role in Gilmore Girls. As Insider notes, Offerman played the role of Jackson’s older brother Beau Belleville in two different episodes.

His first appearance was in Season 4, Episode 7 “The Festival of Living Art.” He returned two seasons later in Season 6, Episode 4 “Always a Godmother, Never a God.”

Before Lane (Keiko Agena) fell in love with Zach (Todd Lowe), she dated another bandmate. During season 3 Lane briefly dated Dave Rygalski, played by Adam Brody. However, just when he was starting to win over Mrs. Kim (Emily Kuroda) and had earned her blessing to take Lane to prom, Dave disappeared to college in California. This was because Brody had landed the lead role of Seth Cohen in Fox’s The O.C.

Rami Malek made a name for himself in Hollywood when earned the lead role on Mr. Robot. He later won an Oscar for his turn as Freddy Mercury in Bohemian Rhapsody. But as BuzzFeed notes, Malek’s very first acting credit was on Gilmore Girls.

Malek played the role of Lane’s classmate Andy in Season 4, Episode 11 “In the Clamor and the Clangor.” He only had a handful of lines, and he paid $2,000 to join the Screen Actors Guild when he landed the part.

“All I remember is that was the fastest talking show,” he admits. “But for me, I’m not necessarily the most — uh, I don’t have the most pace when I speak. I definitely take my time, so.”

During the seventh and final season of Gilmore Girls, Jessica Jones star Krysten Ritter had an eight-episode arc as Rory’s friend Lucy.  She attended Yale with Rory and dated Marty (Wayne Wilcox).

In Season 2, Episode 21 “Lorelai’s Graduation Day,” McFarlane played Zach, one of Lorelai’s fellow graduates from Hartford Business College. In Season 3, Episode 11, “I Solemnly Swear,” he voiced a lawyer who called Lorelai on the phone

Fans might not remember that the Mad Men star had a brief cameo in Season 3, Episode 5 “Eight O’clock at the Oasis.” Hamm played the role of the handsome Peyton Sanders, a man that Lorelai met at Emily’s society auction. Their date was an absolute disaster, and Lorelai turned him down when he asked for date number two.

All seven seasons of Gilmore Girls – plus the revival A Year In The Life – are available on Netflix.