The two-time Oscar winner shared that his wife Amal Clooney is watching reruns of the NBC hit medical drama and that has been a “disastrous thing for me, because I forget all the terrible things I did as Dr. (Doug) Ross,” a noted player who finally united with Hathaway.

“My wife keeps going, ‘Is that it? Are you done? Season 3, do you settle down with nurse Hathaway?’ And I’m like, ‘Yeah I think so.’ It was like: Not! It’s been a disaster for my marriage,” he joked during the remote cast reunion Thursday.

Career boost: George Clooney on his ‘Catch-22’ TV series, and the ‘life-changing’ experience of ‘ER’ 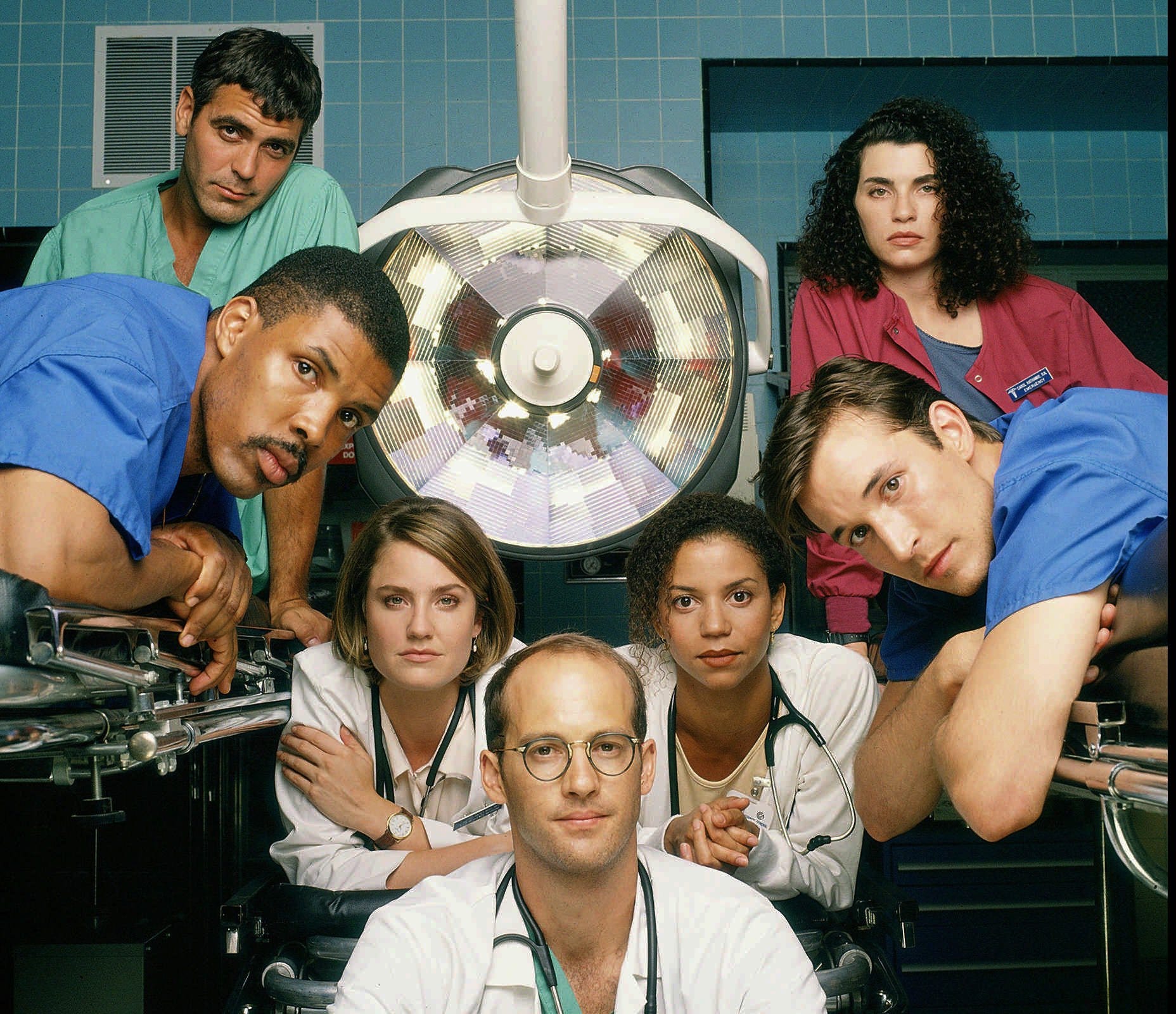 Aside from actor’s marital “woes,” the discussion covered the groundbreaking nature of the medical drama, recollections of on-set pranks (many authored by Clooney) and much celebration of each other.

The reunion, held as part of the “Stars in the House” series of celebrity gatherings during the COVID-19 pandemic, was designed to raise money for Waterkeeper Alliance, a group that assists grassroots efforts to make clean water available around the world.  “Stars in the House” hosts Seth Rudetsky and James Wesley, who created the live-stream series to raise money for The Actors Fund, presided over the discussion about the busy emergency department at a Chicago hospital. 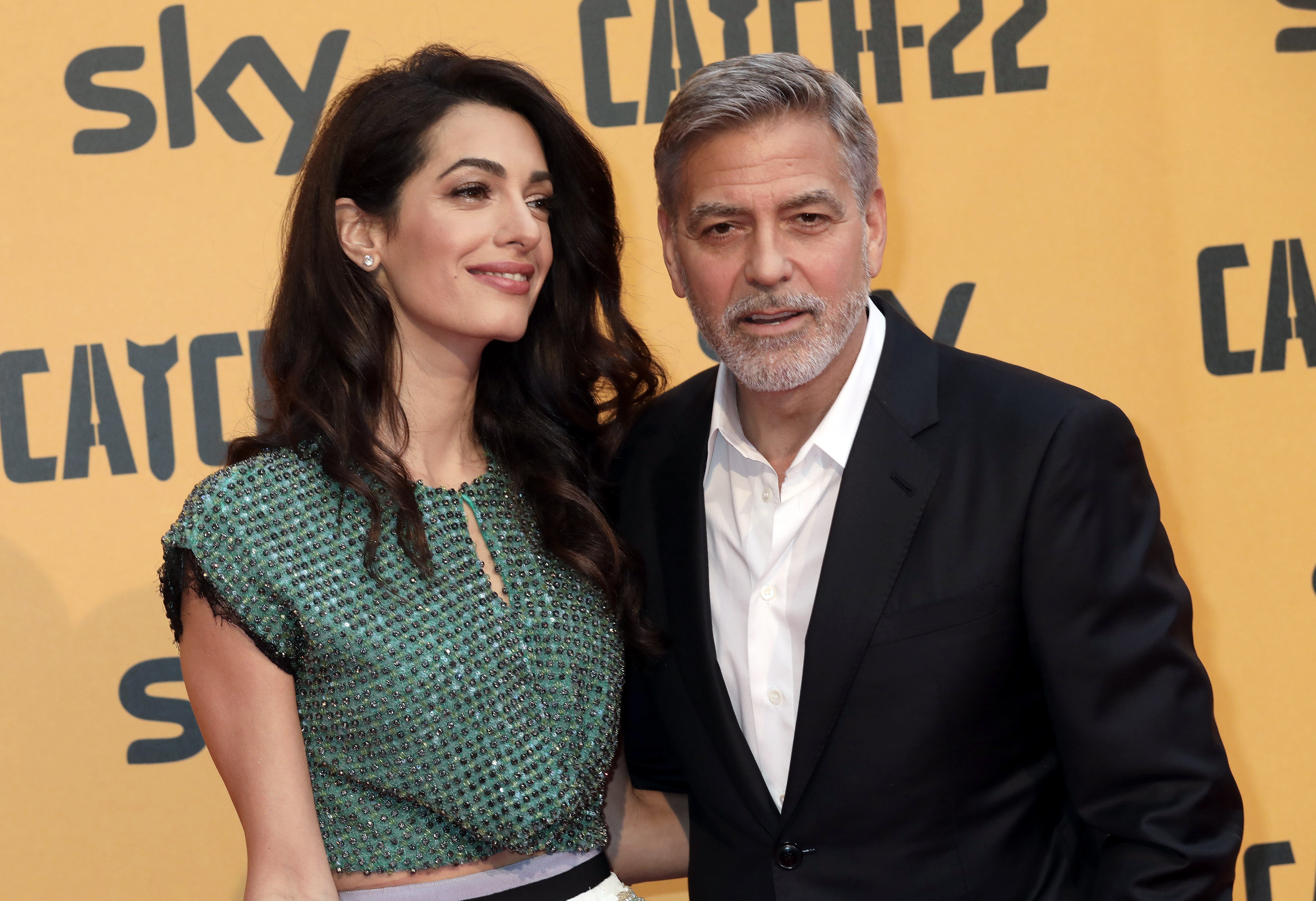 George Clooney, right, seen with his wife, Amal Clooney, at a 2019 premiere, says Amal is watching "ER" episodes and is not impressed with the behavior of his character, Dr. Doug Ross. (Photo: ELISABETTA VILLA/GETTY IMAGES)

So many cast members participated that they had to appear in separate groups due to limitations on the number who could appear on screen at one time to reminisce about a series that ran from 1994 to 2009.

All were delighted to see each other. When Visnjic appeared, Edwards remarked, “Well, someone didn’t age.”

Clooney, still very handsome but substantially grayer than during his County General Hospital days, shifted into self-deprecation, saying, “I’m like ‘The (Picture) of Dorian Gray’ for all of you. I get old. You guys look great.” 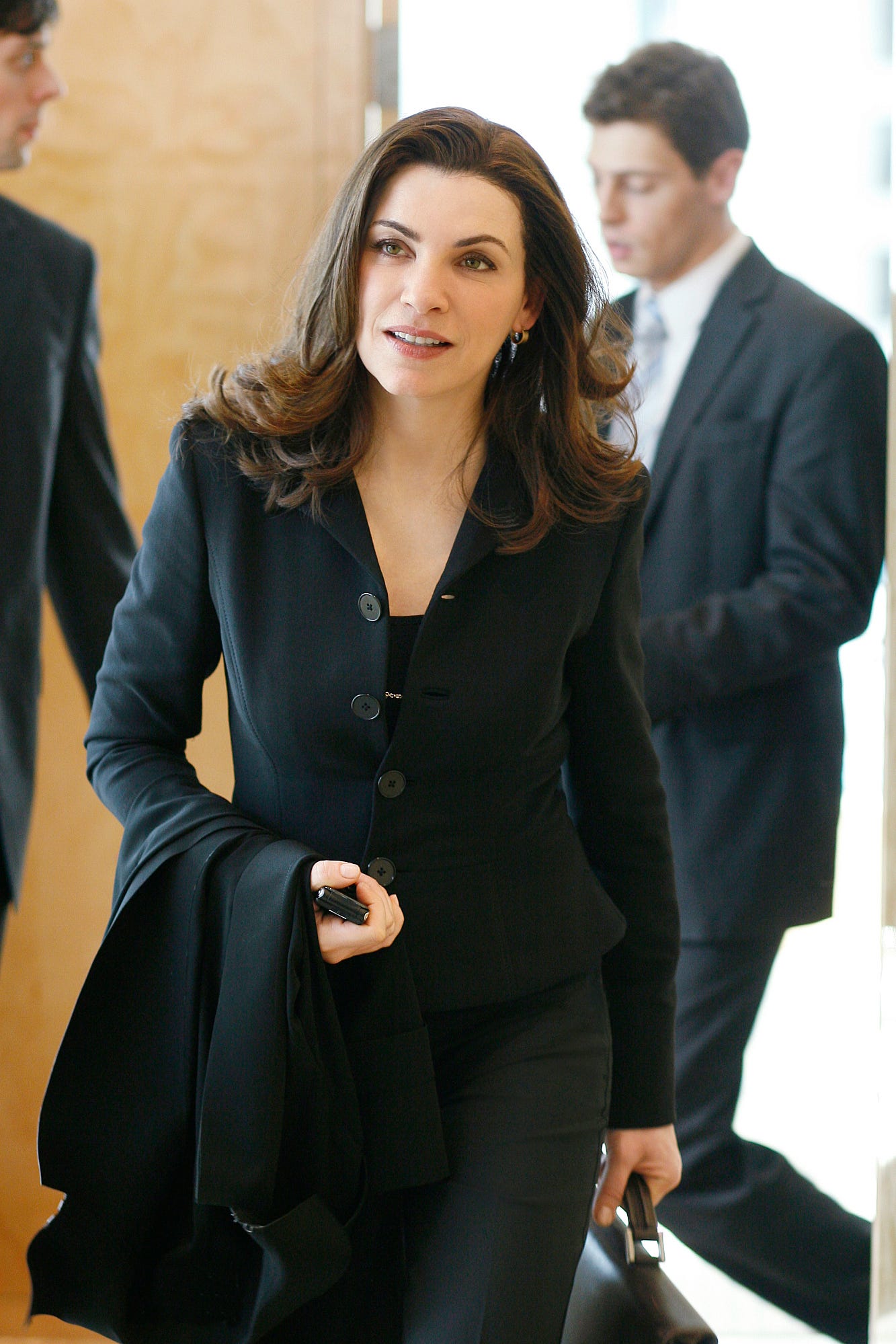 Julianna Margulies, seen in a picture from her critically acclaimed drama "The Good Wife," almost didn't become a regular on "ER," because her character originally died in the series pilot. (Photo: Eike Schroter, CBS)

As Wen, Edwards and Innes talked about their now-adult children, Clooney, the father of three-year-old twins, noted the passage of time differently: “Here’s some fun. In about 10 days, I’ll be 60. So (bleep) off, all of you!”

The cast was satisfied with the completed series and didn’t see an “ER” reboot in the offing – “You can’t catch lightning in a bottle twice,” Margulies said. However, Wyle said TV could use another “ER”-like show to look at health-care issues, including inequality of treatment, raised during the pandemic.

“We came on the air in 1994, right when Bill Clinton (was) going to revamp the health-care industry. We were in the national conversation about what health care was going to be in America,” he said. A contemporary “ER” “would be an interesting show to see.”

• Nurse Hathaway’s resurrection to series regular after her character died in the pilot: “I truly think the only reason my character lived was the way they (shot) her coming in on the gurney, overdosed,” Margulies said. “The way (the cinematographer showed) everyone’s eyes suddenly elevated my character, because everyone that you cared about on this show cared about this person. That helped tremendously to keep me there.” 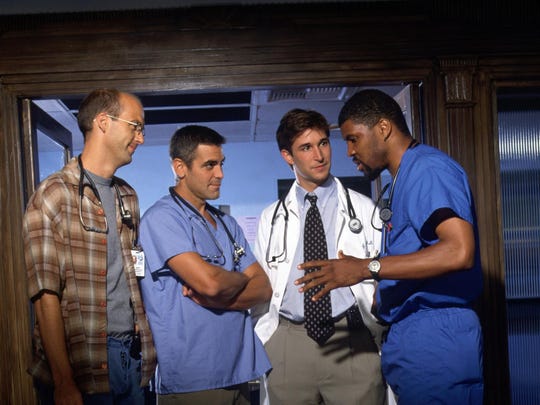 • Practical jokes on set: The show would film newborn scenes with real babies, but the cast rehearsed with an expensive, lifelike baby doll. The actors would give the babies’ parents a scare before filming with their children, Clooney said.

“Every time the parents were sitting there holding their babies on the set, we would do the rehearsal and we would drop the baby (doll), just to see their reactions,” he said.

To which Wyle added: “This was before we were parents. This was when we were (jerks).” 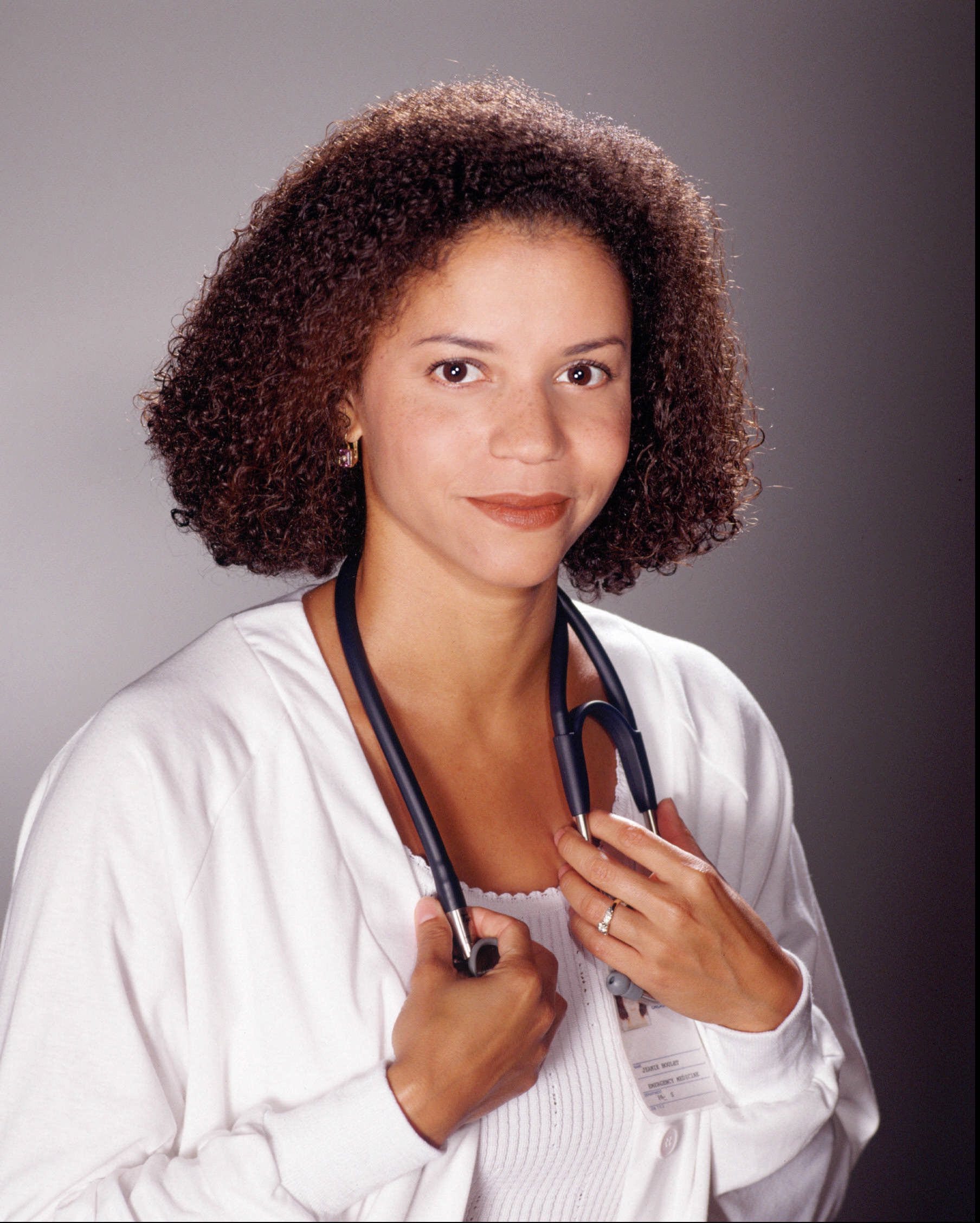 Gloria Reuben, seen as physician assistant Jeanie Boulet in "ER," is president of Waterkeeper Alliance and also a cast member of Showtime's "City on a Hill." (Photo: JEFF KATZ, NBC)

• Groundbreaking character stories: The actors talked about “ER” being in the vanguard of addressing important medical and social topics, including Reuben’s Boulet being HIV-positive.

“It literally saved lives. People, still to this day, (people) are thankful and grateful about breaking down the stigma. Jeanie Boulet handled it with such strength and grace and dignity. (That’s) a role I will be proud of for the rest of my life,” Reuben said.

• The time Tarantino directed:  When Quentin Tarantino took a detour from film work to direct “ER,” he found a way to guarantee he could put his own stamp on the episode, Margulies said.