GEMMA Collins has revealed she doesn't pack ANY luggage for her holidays away – and buys her clothes on arrival.

Sharing a throwback video and reminiscing about travelling abroad, the Diva Forever star told fans she missed "just going away". 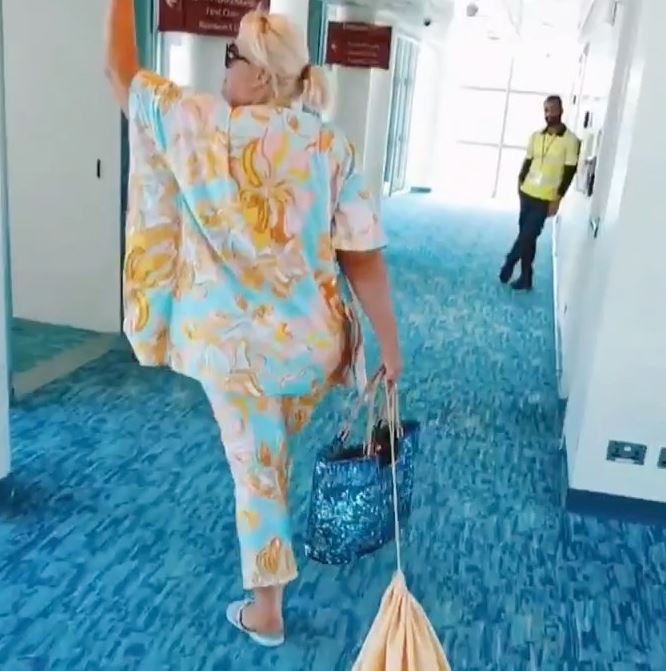 Gemma, 40, took to Instagram with the old video of her walking through the airport and waving goodbye to the camera behind her.

Dressed in a matching summery two-piece and clutching her passport and two small bags, the reality star said she used to "buy clothes" on arrival.

"The days of just grabbing your passport, packing your card and just going away," she wrote in the caption to her 2.2million followers.

Revealing her lack-of-packing process, she added: "Buying clothes wherever you was and just having an absolute ball." 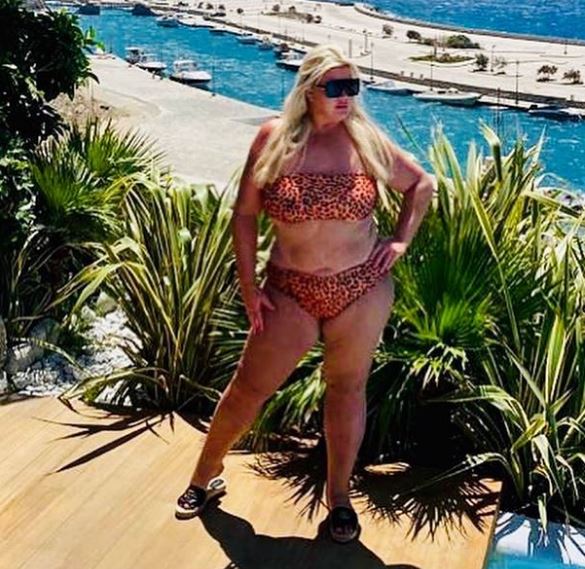 Hinting that she may have a trip in the pipeline once the government coronavirus restrictions change, she added: "TBC (to be continued)."

Instead of travelling abroad, Gemma has been making the most of the British sunshine as she was seen sitting in a pool over the weekend.

Stripping down to a stunning printed swim suit, the former The Only Way Is Essex star revealed the results of her incredible weight loss this year.

The star had been enjoying a party with her friends and family as the UK continued to enjoy a summer heatwave. 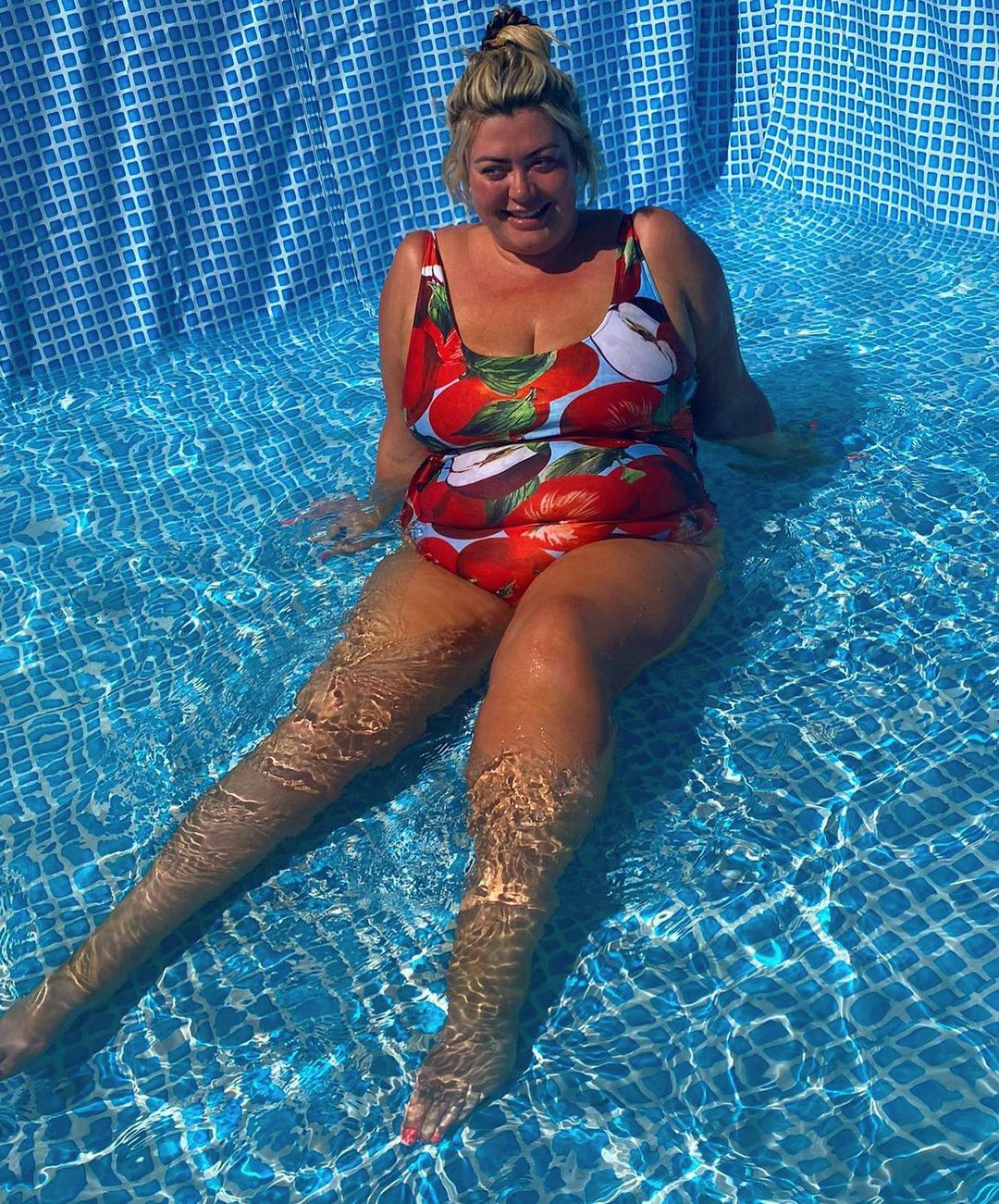 Towie favourite Gemma has lost nearly four stone in recent months and has rebranded herself as the "fitness queen" after taking up exercise.

While she may be beach-body ready, the star hasn't been away since her trip to Greece in August 2020, where she was seen in a plunging bikini.

Taking to Instagram, she showed off the sprawling property she was staying at, revealing the huge pool and stunning views of the surrounding area.

Gemma referred to her getaway as the "vitamin D tour" – and jetted off to Mykonos with her personal trainer after splitting with James Argent in July. 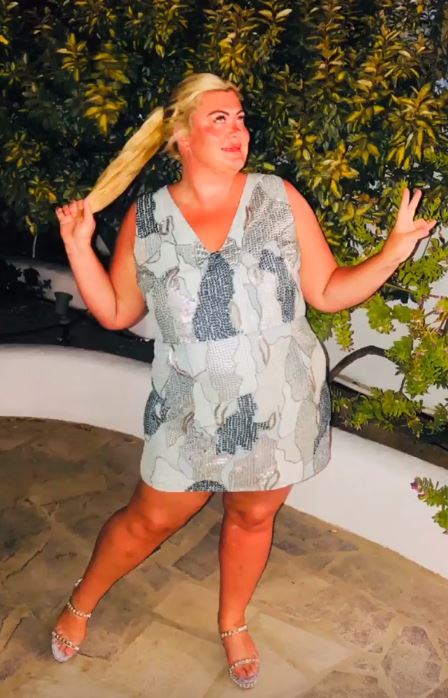 Previously, the star visited Tenerife in July of last year, and spent the winter period in Dubai in 2019, soaking up the beaming sunshine.

This year, Gemma has stayed at home, enjoying the sun in her back garden and at a variety of flash restaurants across the country.

The 40-year-old star splashed out on a summer party for her parents and pals with piles of meat on the BBQ and loads of booze over the weekend.

The lucky reality star was surrounded by her nearest and dearest – and she looked so happy as she filmed their antics on Instagram. 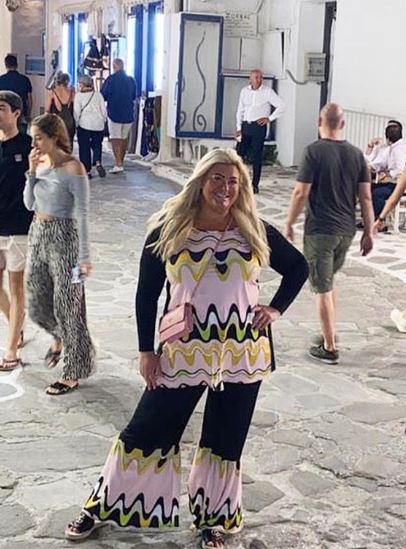 At one point she went cooled off in the 28C heat by going for a dip while posing in a floral swimsuit, telling fans it was "hot girl summer".

Gorgeous Gemma knows there's nothing better for bringing out one's summer mood than a decent cocktail and hired a company to serve them all day.

Gemma's dad Alan, 73, was guest of honour and looked fantastic after his Covid battle earlier this year.

Her mum Joan was also spotted in her videos on Instagram as Gemma's nephews could be seen playing in her huge garden.