[Editor’s Note: This is Part 1 in a four-part series on disability and horror.]

“Watching horror films is a disabling experience,” Angela M. Smith, Associate Professor of English and Gender Studies for the University of Utah and author of the book “Hideous Progeny: Disability, Eugenics, and Classic Horror Cinema,” said. “It’s a controlled encounter with discomfort, with the vulnerability of our minds and bodies to images and suggestions that opens us to unwilled transformations.”

The horror film revels in the world of deformity and grotesqueness and, to a disabled viewer, that can be confusing in how relatable it is. For many, to be disabled is also to look different, so how does a person with a disability approach the horror genre when the presented thing to fear is themselves?

Smith said people weren’t ready for “Freaks” in the 1930s, and she’s absolutely correct. “Freaks,” for better and worse, remains one of the only U.S. features to have a predominately disabled cast despite being released 88 years ago. Directed by “Dracula” helmer Tod Browning, “Freaks” tells the story of a circus troupe and what happens when they discover that little person Hans (Harry Earles) is being poisoned and duped by the able-bodied Cleopatra (Olga Baclanova).

“Freaks,” weirdly enough, feels like an authentic horror feature. Even now, the majority of films see able-bodied actors portraying disability that, coupled with able-bodied screenwriters and directors, presents a tableau of disability — an imitation. “Freaks” is the story of a close-knit family, a group of outcasts who support and love each other.

“I want to be part of that community,” Salome Chasnoff, director of the documentary on disability in horror, “Code of the Freaks” said to IndieWire. “I love the affection and commitment they have to each other. I want to live in a world where people are that committed to me.”

Much of this comes from the fact that Browning himself was a part of a traveling circus in his youth. He saw the disabled people that commonly populated what were then called “freak shows” and wanted to find a way to pay tribute to them. So when star Earles brought up to Browning that he should adapt the short story “Spurs” by Tod Robbins, the director made MGM buy it for Browning to direct. The basic tenets of the story in “Spurs” remain, namely the relationship between Hans and Cleopatra, but Browning and a series of directors worked to create a depiction that, at the time, presented the circus performers as people. 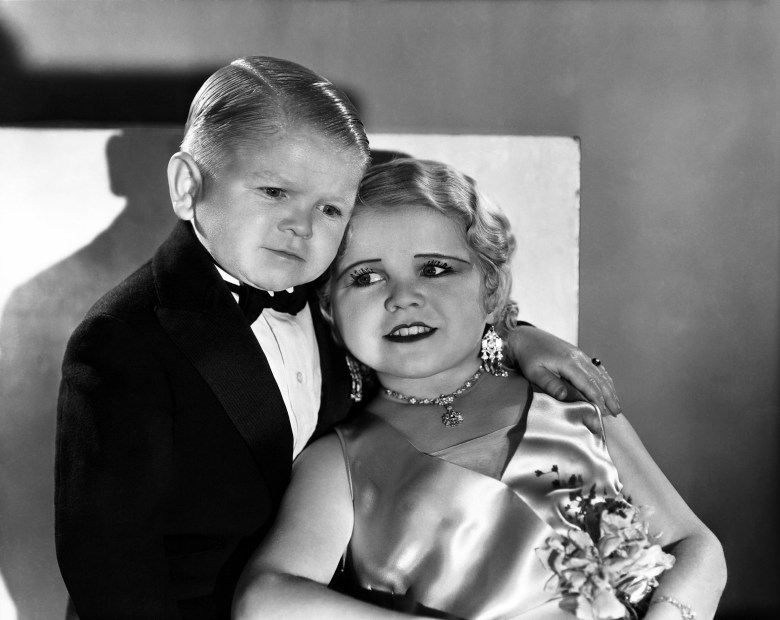 And that warmth is found in snatches throughout “Freaks.” Outside of the community Chasnoff refers to, there are various storylines showing the day-to-day world of these performers. Frances O’Conner, who has no arms, is seen casually eating with her feet while performer Prince Randian, known as The Living Torso, rolls a cigarette with his mouth. These scenes, presented so matter-of-factly, display disability as normal. What looks unconventional to an able-bodied person is basic and unspectacular. In these scenes Browning tries to destigmatize the disabled and remind them, in 1932, that they’re people.

“It’s one of the few films where we can see our disabled ancestors before they were excised from the movies,” Carrie Sandhal, Associate Professor in the Department of Disability and Human Development at the University of Illinois at Chicago said. “We got to see them as actors as well as people.”

For many disabled people who grew up without others like them, “Freaks” became a gateway feature to champion. The shooting process was difficult, unaided by the fact that the circus performers were forced to eat outside the MGM commissary, due to complaints from the studio’s stars about seeing them. And once the film was finished, head of production Irving Thalberg was not happy with what he saw. Test screenings were rumored to have audiences fleeing the theater. One woman allegedly threatened to sue MGM because the sight of the disabled actors on-screen caused her to have a miscarriage. It’s unclear whether much of this was created by MGM itself in order to better sell “Freaks” as a horror feature.

Regardless, the studio immediately excised 30 minutes out of the movie, much of which were scenes showing the circus performers in a positive light. It’s a classic film tragedy that still stings today, especially for disabled performers like Adam Pearson who believe “Freaks” is a masterpiece.

“It’s so unfortunate that half of it is on the cutting room floor,” he said. “It got completely bastardized and diluted by the studio.”

After further cuts, many of which are now lost, the feature was transformed into a horror movie aimed at able-bodied audiences. Reviews were negative and “Freaks” was a box office bomb. Not only did it effectively end Browning’s career as a director, many of the able-bodied actors were blacklisted. The actors with disabilities, like the conjoined twins Daisy and Violet Hilton, were left purely making features that treated them as the freaks MGM wanted them to be. 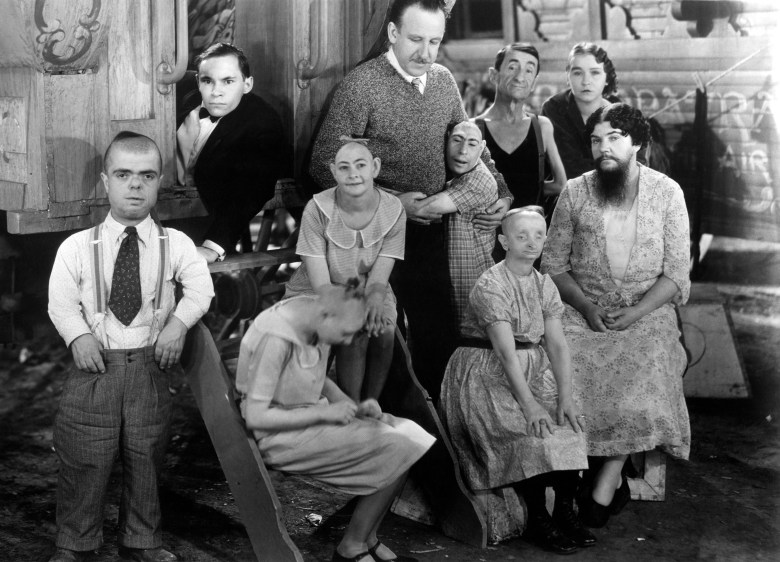 As Smith lays out, the way “Freaks” turned out was par for the course in 1930s cinema. As she explained, eugenics was a huge element of not just horror films at the time but within society.

“There was a [belief] in external appearance as something that could reveal inner pathology,” she said. “So visible disability or difference was interpreted as a sign of this inner deviance, which was also interpreted in terms of immorality and criminality.”

That theme is seen in 1930s features such as “Frankenstein” and “Dr. Jekyll and Mr. Hyde,” but it’s not so clear-cut in “Freaks.”

“In the 1930s, audiences didn’t want to confront difference and accept human variability, and so they condemned ‘Freaks,‘” Smith said.

The characters aren’t aesthetically conventional, but for over half the movie we see them as kind-hearted, normal people. In fact, the irony Browning presents is that for all of Cleopatra’s beauty she is so cold-hearted that she’s willing to kill Hans for his money. The film languished for several decades until the 1960s when it was embraced by the counterculture as an example of oppression, injustice, and rebellion. And within the last few decades the movie has been the subject of fierce discussion by disabled advocates, critics, and movie lovers about whether it’s genius or exploitative.

“It definitely exploits the sensationalistic thrills of the freak show, presenting these bodies as deviant and threatening, but only after it shows us that these performers are quite ordinary people, driven to defend themselves against supposedly ‘normal’ individuals who prey on and harm them,” Smith said.

But it also forces the viewer, more able-bodied than not, to confront the nature of difference and realize how we view those who are different, and disability by extension, has more to do with societal norms and our prejudices than the person themselves.

“[Tod Browning] was a huckster. He had come from exploitation,” Tommy Heffron, film and video artist and an Assistant Professor in the Scripps Howard School of Journalism and Communications at Hampton University, said. But for all of Browning’s hucksterism, Heffron said the director still created empathy in his characters while simultaneously making a film so shocking it was banned in England for 32 years. More importantly, for Heffron especially, the fact that audiences are still talking about it 88 years later speaks volumes. It’s something Pearson seconds, especially factoring in that it remains the only U.S. film to have a predominately disabled cast.

“Freaks” is divisive, it’s dated, but it’s also groundbreaking, entertaining, and frustrating. Have we necessarily improved when it comes to disability in horror? The answer is uncertain. But this Halloween season it might be worth diving deeper into the world of horror to find out the disability narratives underneath.