Phoebe Waller-Bridge, the creator and star of the sublime British comic-drama Fleabag, has many talents, including a wildly distinct writing voice and a heartbreaking understanding of how we relate to those closest to us. But here’s one that’s often ignored: the 33-year-old has an impossibly expressive face that in any one of her show’s formidably concise episodes will display a comical glance of disbelief, perverse contortions, impish delight, or boggled curiosity. Waller-Bridge’s features are every bit as expressive as her dialogue.

This matters in Fleabag, which has just added a second six-episode season to the Amazon Prime Video streaming service, because from the very first scene Waller-Bridge’s titular character whose name we never hear, a middle-class Londoner flailing to stay emotionally afloat, has been turning to the camera to offer those suggestive looks and split-second commentary. The audience is her confessor figure, an insider to her outsider status in a family whose closeness is so furiously contained that it feels like someone will shatter. 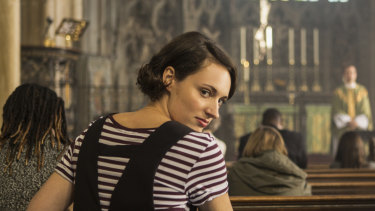 This should weaken the show’s hold, or degrade the personal conviction into mere asides, but as repeatedly happens with Fleabag the expectation is reversed. The more Waller-Bridge acknowledges the ever-present audience, the more intimate her on-screen machinations become. “This is my favourite bit,” she will declare, eyebrows waggling in anticipation, before an awkward silence falls over an exchange, and as much as you’re thrilled to be a witness, you start to wonder what drives this confrontational British politeness.

“I have a horrible feeling that I’m a greedy, perverted, selfish, apathetic, cynical, depraved, morally bankrupt woman,” Fleabag announced in the debut episode, having turned up on the doorstep of her widowed father (Bill Paterson) at 2am. “You get that from your mother,” he replies, managing to be tactless and honest in the same sentence. The show never retreats from her belief. It finds illumination in the harshest of words and deeds, not the gentle realisations that so many comedies reflexively fall back on.

Moment to moment anything feels possible on Fleabag – a horrendous insult, an invitation to have sex, a blurted confession. There’s such a state of tension between Fleabag and her American brother-in-law, Martin (Brett Gelman), that you tense up when they’re in close proximity. Their mutual insults suggest both a camaraderie and a crisis – every time they have physical contact the outcome is shocking. Instead of punchlines, scenes end on sometimes scathing observations that feel, for better or worse, earnt. 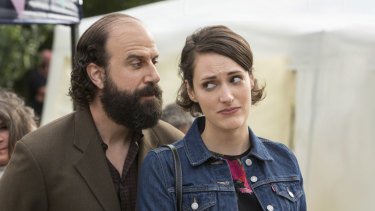 As screenwriting, this is an act of alchemy. But it’s specific to Waller-Bridge that it also keeps her separate from comparisons. She is the same age as Lena Dunham, yet she’s attracted none of accolades and brickbats that have followed the Girls creator through her career. Waller-Bridge nominally doesn’t speak for anyone bar her characters, because even the bit players are so vividly specific, yet they’re caught up in contemporary struggles that are crucial to our shared culture.

“It was terrifying. Never do that again,” demands Fleabag’s sister, Claire (Sian Clifford), after a tentative hug between the two goes very wrong, and the show is bittersweet and wrenching on the relationship between the siblings. The ensemble cast’s performances are exemplary, but Clifford is simply compelling – the despair and vehemence she puts into a single, reproachful “don’t!” is amazing as a control freak torn between salvaging or sinking Fleabag.

The character uses sex as a distraction – it’s “the performance of it” Fleabag values – but the relationship she grieved for in the first season was that of her late friend and café co-owner, Boo (Jenny Rainsford, in flashbacks), whose fate is connected to Fleabag’s failings. Waller-Bridge understands how to make Fleabag’s defiance both galvanising and brittle. The emotional complexities of her trauma can be deliriously funny, while moments of self-destruction are sadly telling.

In between the pair of six-episode seasons of Fleabag, Waller-Bridge created and wrote the first season of Killing Eve, a wonderfully subversive vehicle and blackly comic British espionage drama that was the best new show of 2018. The experience is felt in the second season, which begins with an episode-long set-piece at a restaurant dinner celebrating the looming nuptials of Fleabag’s father and his daughters’ godmother (Olivia Colman), a brutal and demeaning voice of nominally cheerful support. 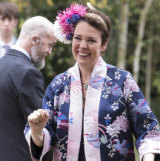 The mood builds to a roiling peak, while also introducing the Priest (Andrew Scott), a Catholic cleric whose unconventional demeanour – he gets Fleabag’s attention with a dismissive expletive – both intrigues and incites her. Someone supposedly unobtainable fascinates Fleabag, and their connection is profanely hilarious as baroque strings and choral voices elevate the tone to that of a classical farce.

Harry Bradbeer, the director, kept the horizontal frames open in the new season, often putting Waller-Bridge at their edge instead of in the middle. It reflected Fleabag’s uneasy transition: never as simple as better, or even changed, but aware of what hasn’t worked and alert to Claire’s growing need, a transition that begins with a devastatingly ludicrous demand about a miscarriage that takes your breath away and yet reaches a bittersweet solidarity.

Along the way the Priest mentions to Fleabag the funeral liturgy, about how “life is changed, not ended”. It’s not a minor reference. Fleabag has been sanguine about how she doesn’t believe in herself, but here is a man of faith. Their connection is subtly transformative, so that the season’s final shot is a goodbye not between Fleabag and another character, but Fleabag and the audience. She goes on, but we’re no longer allowed to follow her or listen in: Fleabag is changed, not ended. This brilliant show couldn’t end on a better note.