The Cupcake Guys’ Michael Griffin and Brian Orakpo may be former NFL Pro Bowlers but for their kids, their latest venture is the big prize. As you can see in this exclusive clip below, getting trained by an NFL quarterback who is friends with your dad isn’t quite the flex Michael thinks it is when his 11-year-old daughter asks to go bake cupcakes instead.

For Mya Griffin’s 12th birthday which will appear on Roku’s new reality show The Cupcake Guys, Michael takes his daughter for a training session but she shows little interest and instead asks to go to Gigi’s Cupcakes for a party with her friends.

The Cupcake Guys will follow Tennessee Titans’ former safety and linebacker Michael and Brian and tell their story as they dipped their toes into entrepreneurship in a majorly hands-on way.

They fell in love with the bakery Gigi’s Cupcakes in Nashville during their time on the team and decided to open their own franchise in Austin, Texas, in 2018, alongside longtime friend Bryan Hynson, after leaving the league.

There, they bake, decorate and sell every cupcake in the store, working long days and longer evenings discovering their passions; Orakpo – known as Rak – is the decorator while Michael is the baker and Bryan is front of house. 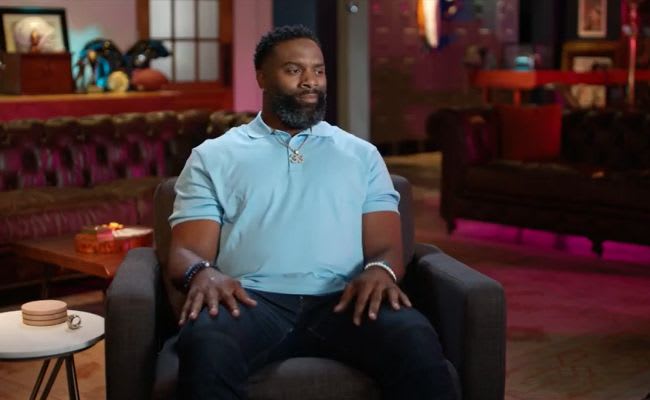 Michael was not impressed by his daughter’s request

“I wish more and more guys would take that risk or that jump. It keeps you busy. A lot of guys don’t know what to do in the offseason — all they do is work out and go home,” Rak told ESPN in 2018.

“My favorite part has been learning the business side and gaining business acumen. I encourage other players to start something they’re passionate about and build their money from it.”