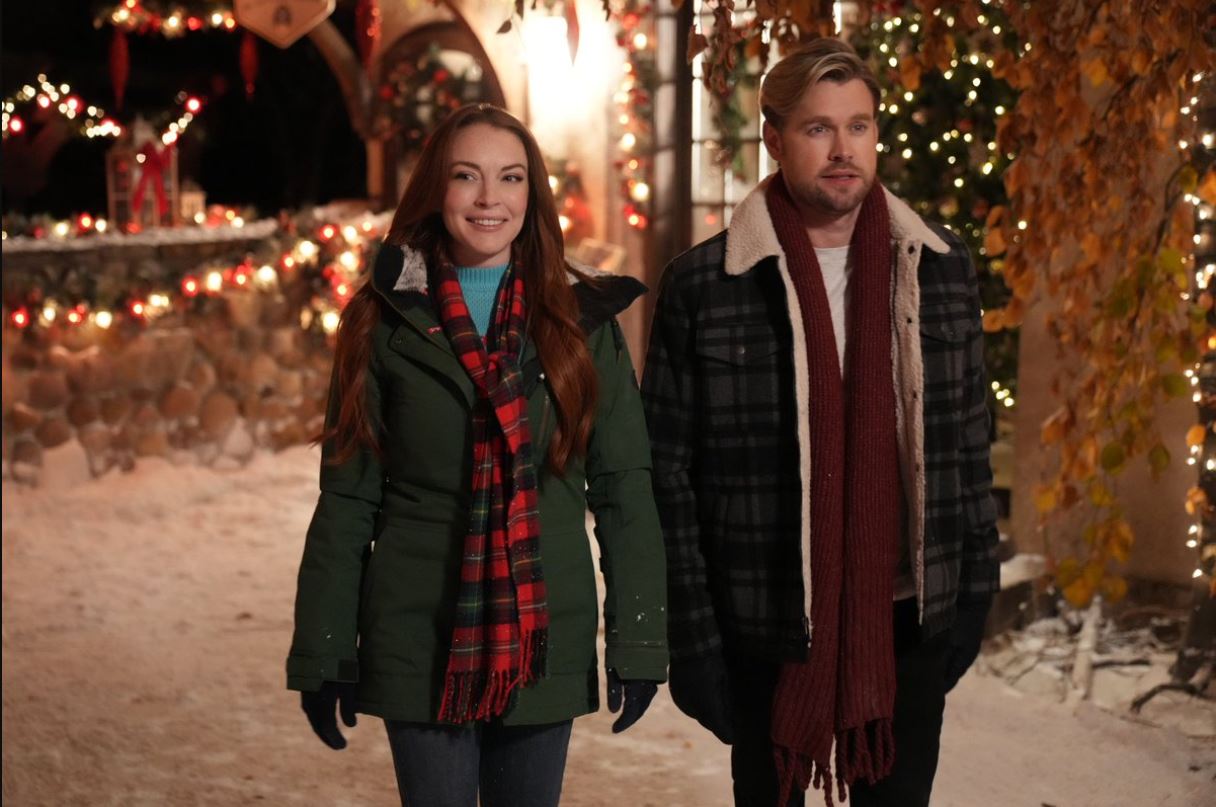 The world has been given the first teaser of Lindsay Lohan’s upcoming Netflix rom-com and what a gift it is.

The Parent Trap star, 35, will make her highly-anticipated acting return with the festive-themed project and she’s joined by Glee star Chord Overstreet.

A snap from production on the official Netflix Twitter page with the captioned: ‘She’s back! Here is your first look at Lindsay Lohan in her upcoming holiday rom-com, co-starring Chord Overstreet.’

The picture is totally giving us all the holiday feels as the pair are bundled up in layers while walking down a street full of Christmas lights.

Netflix previously confirmed that the Mean Girls actress takes the lead in untitled romantic comedy ‘about a newly engaged and spoiled hotel heiress who finds herself in the care of a handsome, blue-collar lodge owner and his precocious daughter after getting total amnesia in a skiing accident’.

Many fans have pointed out under the announcement on Twitter that this sounds very much like the plot of the 1987 Goldie Hawn and Kurt Russell comedy Overboard, in which an heiress falls off a yacht and suffers amnesia, only to end up in the care of a local carpenter she ripped off.

The roles were switched in the 2018 remake starring Anna Faris and Eugenio Derbez, and Netflix’s new film seems to have just switched the cause of the amnesia and the season.

High Strung’s Janeen Damian will direct, while the script was written by Damian, Michael Damian, Jeff Bonnett and Ron Oliver.

Netflix has become a go-to hub of Christmas cheer thanks to its originals including Jingle Jangle, A Christmas Prince and Vanessa Hudgens’ The Princess Switch, which was based off The Parent Trap.

Lindsay Lohan’s rom-com will be released during the holiday season in 2022.