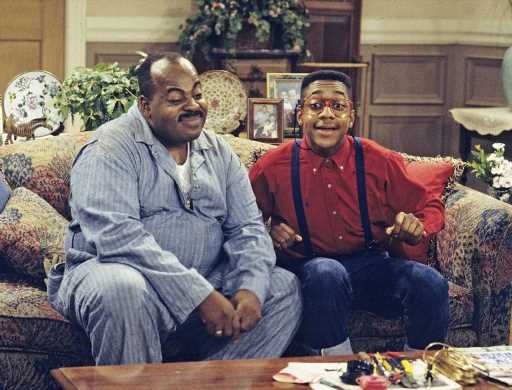 Family Matters is an all-time fan-favorite sitcom, that ran on television from 1989 until 1997. With a cast full of talented actors, storylines that focused on real-life family troubles and situations, and writing that often spotlighted the realities of adolescence and parenthood, Family Matters quickly became one of the top-rated shows on TV not long after it debuted.

There were many popular characters on the show, but none that made a bigger impression on viewers than Steve Urkel, who was often referred to simply as ‘Urkel.’ Played by Jaleel White, Urkel became a pop culture phenomenon, remaining an icon to this day.

Urkel’s suite of accouterments helped to solidify his status as a character to remember, from his thick-rimmed glasses to the surprisingly smooth car that he drove around in.

What is ‘Family Matters’ about?

Family Matters debuted on ABC in 1989. The series, which originated as a spinoff of the series Perfect Strangers, focused on the Winslow family, a middle-class African-American family who lived and worked in Chicago, Illinois. Viewers loved the show for the way that it featured realistic situations and family problems that many people all over the world have to deal with — and also for the characters and dialogue that it introduced into the pop culture lexicon.

Family Matters ran for nine seasons on television, a grand total of 215 episodes. To this day, Family Matters is considered to be one of the most influential sitcoms of all time, and is the second-longest-running live-action U.S. sitcom to feature a predominantly African-American cast.

Out of all the characters in the series, it was Steve Urkel who became the runaway star of the show, becoming a breakaway pop culture icon and spawning a merchandising empire.

Who is Steve Urkel on ‘Family Matters’?

Steve Urkel was introduced midway through the first season of Family Matters, a nosy neighbor who often drove the Winslow family to distraction with his outspoken ways, loudmouth persona, and “geeky” personality. Urkel was portrayed as a nerd, always wearing his signature suspenders, thick glasses, multi-colored cardigan sweaters, and large, saddle shoes.

Eventually, Urkel became the central part of many of the long-running jokes in Family Matters, since the character was portrayed as being intensely clumsy and awkward — leading him to get into almost constant misadventures, from causing property damage to romantic bunglings. Urkel became a mainstay in the show, right up until the very end.

For actor White, who played Urkel, the role was both a blessing and a curse, since he has forever been closely associated with the character, even though he’s gone on to work on a variety of other projects.

What car did Steve Urkel drive?

In addition to Steve Urkel’s clothing and accessory choices, he drove a very specific type of vehicle. Still, while Urkel’s clothes were seen as super-nerdy, his car was surprisingly cool.

According to Mental Floss, even though Urkel’s three-wheel jalopy vehicle could have been viewed as the perfect car for a ’90s geek, the car, a BMW Isetta, is actually a rare car that is considered to be highly sought-after. First introduced in several European countries, the BMW Isetta was only produced widely until 1962, until it was discontinued and replaced by the BMW 700.

Therefore, by the time Urkel was driving it in Family Matters, it was already considered to be a collector’s item.