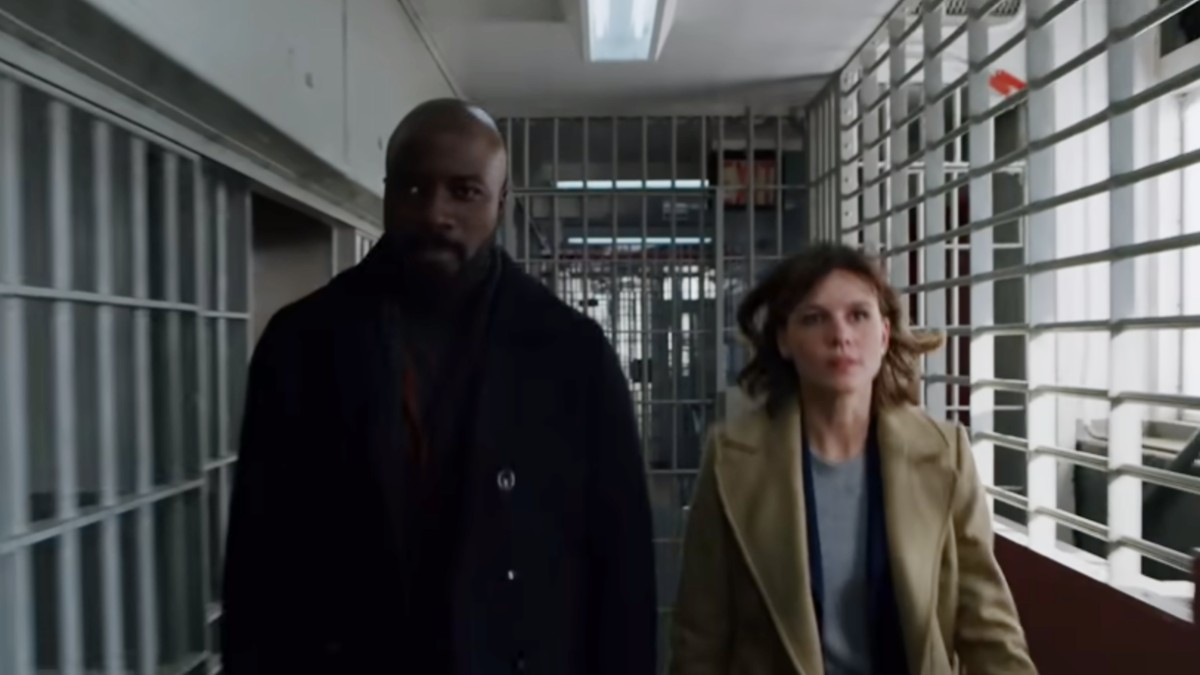 Supernatural drama Evil, where science and faith have to work together to fight demons and solve unexplained phenomena, is on the way back to CBS.

This terrifying and creepy show was created by Michelle and Robert King, who created The Good Wife, and revolves around the adventures of a psychologist and a priest-in-training as they try to find a scientific or a religious reason for the various unexplained phenomenon they encounter.

Kristin Bouchard, played by Katja Herbers, is the cynical but highly adept psychologist. Mike Colter’s David Acosta co-ops her into helping him fight demons on behalf of the Catholic church.

David describes himself as an ‘assessor’ and is in training to be a priest. His bosses in Rome have tasked him with confirming or denying the existence of miracles or demons.

Kristin is as surprised as us that such a career choice exists.

David enlists the psychologist to help him determine if the guys he’s investigating are insane or possessed by demons. Apparently, it’s very tricky to tell in this universe.

When is Evil season 2 likely to be released?

The first season premiered on September 26, 2019, and ran for 13 episodes with a little break at Christmas. The final episode aired on January 30, 2020.

Firstly, you can catch up with that first series on CBS All Access. And secondly, the head honchos at CBS already announced that there would be a second season in October 2019.

The announcement came after just four episodes had aired. So the early viewing numbers must have indicated things were going well. And why not? This hybrid love child of The X-Files and The Exorcist is precisely what we all needed.

The network said that the new season would be on our screens for the 2020-21 schedule. Now, thanks to the COVID-19 pandemic, that ain’t gonna be happening.

Unfortunately, filming for the new series hadn’t even started when the pandemic struck, shutting down movie and TV production right across the nation.

The show is filmed in New York, one of the first states to go into lockdown, and it’s not clear when or if normalcy will return there anytime soon.

One of the show’s stars, Aasif Mandvi, who plays scientific whizz and all-around skeptic Ben Shakir, recently sat down for an interview with Inverse, and he admitted that the cast members weren’t sure when they’d be back filming.

“It’s not up to me, you’d be surprised to know,” he joked. “There’s a lot of conversations between the networks, unions, and New York state about safety.”

But he did suggest there might be light at the end of the tunnel: “From what I’ve heard we’ll start in the next few months. I hope sooner than later.”

If they do start filming in the next few months, then we are looking, at the minimum, at a summer 2021 release, but that is optimistic, to say the least.

We can assume that after filming, they may have to add in some special effects as well as take care of the editing. Season 2 out in time for Christmas 2021 looks like a more realistic estimate.

We can expect all the regulars to return for a second series.

According to CBS, he can expect a lot more character development in the next series. The main characters all struggle to come to terms with their own beliefs and faith.

They all have their preconceptions challenged continuously.

What will Evil season 2 be all about?

The show creators have said that as well as exploring the question of “is there/isn’t there” supernatural beings, the plot will also examine “the will they/won’t they,” question surrounding the David and Kristen characters.

So expect more sexual tension there.

In his interview, Mandvi admitted that he was not privy to the latest plot developments (man! They tell their actors nothing!), but he was able to give us some hints about what we might expect from the next season.

He said: “The little I do know, I’ll just say that fans will be pleasantly surprised where the story goes. It doesn’t go where you think it will.”

That’s quite a tease from Mandvi.

He has some ideas of what the Kings have in store for his character; he reckons the relationship between Ben and Kristen will probably develop. In which way, exactly, we can’t be sure.

Is a love triangle on the way?

In the meantime, we can expect to be completely and utterly terrified. Brilliant!

If you fancy more demon bashing from the Roman church, then you may also want to check out Warrior Nun, which follows Alba Baptista as a young paralyzed woman brought back to life and enlisted by a cadre of kickass nuns to fight off a demonic invasion.

Or perhaps you’d rather a bit of fantasy with a fascinating and original take on the whole King Arthur legend? Then check out Cursed on Netflix.

Season 1 of Evil is currently available to stream on CBS All Access.