Matty (Ash Palmisciano) has so far shown concern with the way Moira (Natalie J Robb) has handled Kyle’s (Huey Quinn) crime, and that is set to continue, as a new Emmerdale spoiler video shows.

When he catches her staring at a family photo, he asks if she is okay, but her answer leaves him more confused than before.

He asks if she has heard from Cain yet, and her response is very cryptic. She eventually storms out of the house, declaring that ‘there is a price to be paid’, leaving Matty, and us, completely bewildered.

Just who could she be referring to?

Since Al’s murder, it has come out that he was having an affair before he died. With Chloe (Jessie Elland) pointing the finger at Moira, Cain’s wife has been determined to find out who the real culprit was. 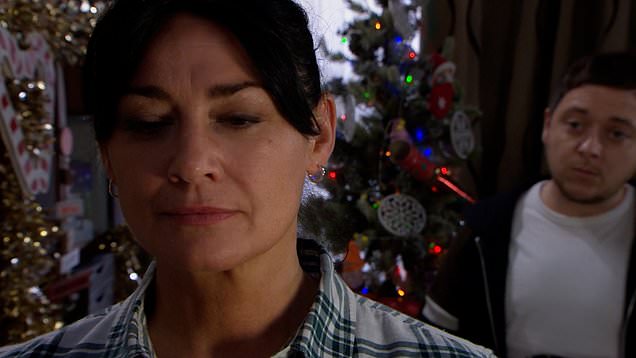 Could she have discovered Chas’ (Lucy Pargeter) involvement? Or worse still, has she figured out that Cain knew?

Things are set to get even more complicated when Cain’s estranged brother Caleb (Will Ash) makes an appearance on Christmas day, much to his disgust.

‘As much as Cain wants Caleb to disappear, he’s not going anywhere, he wants to meet Chas and the rest of his family,’ Producer Jane Hudson explained.

‘Could he be the answer to all the Dingles’ prayers in regard to Cain being locked up?

‘We know Kyle was responsible for Al’s murder – we also know that Emmerdale is the worst place to keep secrets, so we will be waiting to see if that secret comes out and the consequences if that happens.’