Moira (played by Natalie J Robb) has had to revisit Holly’s (Sophie Powles) death again this week in Emmerdale as she found out the truth that Suzy (Martelle Edinborough) gave her daughter the money to buy the drugs which resulted in her overdosing. It’s fair to say she and the rest of the Barton family were furious to discover they had been deceived by the newcomer to the ITV soap. However, what they might not realise is the businesswoman could have done a deal with Holly and she was actually married to her before she died.

It has been known for a fair few weeks that Suzy and Holly used to work together, with the latter hired by the businesswoman to take photos at the weddings she was planning.

From here, the pair developed a firm friendship and they would occasionally do drugs together as a way of winding down after a hard day’s work.

However, with their work related to weddings, the two characters who had no romantic ideals towards each other at all could have agreed to walk down the aisle.

This could have been part of a bigger business plan, with the pair deciding off the cuff they could secure more work if they were married rather than being two people in different relationships.

They would have thought they could have related more to the clientele they were working with but again, this would have been discussed in the midst of them taking drugs. 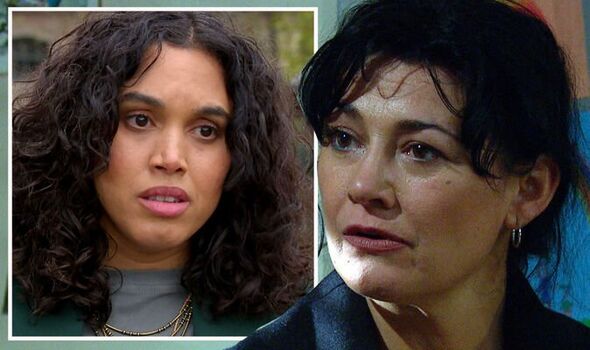 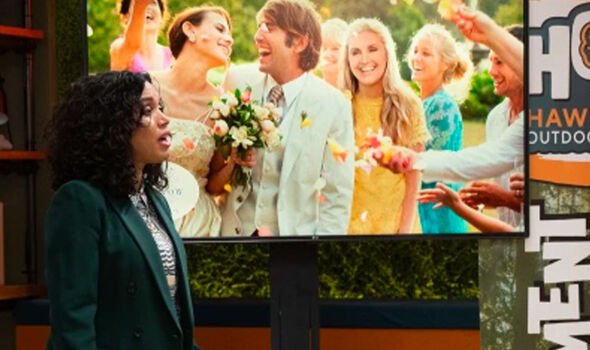 The very same night, they could have tied the knot in front of two witnesses and an officiant who was wrapping up for the day.

When they woke up the next morning, they could have agreed it was a stupid idea and one of their craziest since knowing each other.

They would have decided to get a divorce since they didn’t consummate the marriage but Holly could have died before the papers were signed.

This would mean Suzy is technically related to Moira as she is her daughter-in-law, albeit by accident, but this would make their connection a lot deeper.

With her mother-in-law now knowing the truth about how she knew Holly, she could drop the bombshell she was her wife. 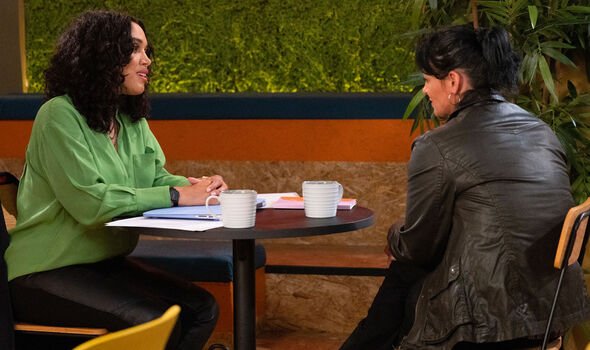 This would rock Moira’s world as she would think she really didn’t know her daughter at all and this would leave her in a dilemma over whether to forgive Suzy.

The newcomer might not explain it was part of a drug-fuelled partying session that they had the idea to walk down the aisle.

Therefore, she would lead her mother-in-law to think she was in love with her daughter and she would have never intentionally caused her death.

Could Suzy get back into Moira’s good books as her daughter-in-law or will another one of her secrets be blown out of the water?

Someone who might not believe what Suzy is saying will be Matty Barton (Ash Palmisciano), who was furious and wanted revenge when he discovered the truth about his sister’s death. 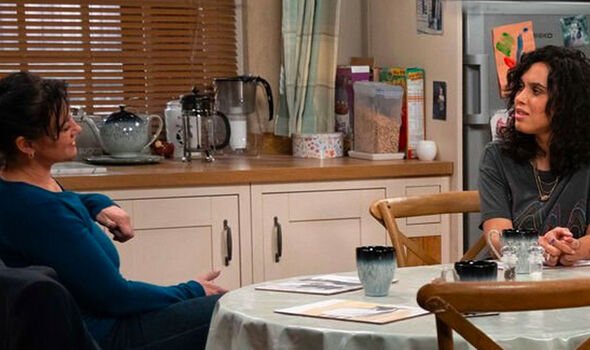 Doing some digging, he could track down the witnesses who were in attendance at the wedding and discover they used to be Suzy’s friends.

As he learns more about his sister-in-law, he could realise the newcomer is not who she makes herself out to be and how what she did to Holly, by giving her money for drugs which led to her overdose, was not her first time.

Will Matty unearth the terrifying truth that his sister married a killer?

The actress who plays Moira, Natalie, has hinted a surprising twist like this could play out just, turning the characters and viewers’ worlds upside down.

Talking about the secret of Holly’s death and how it wasn’t known she was leaving until transmission, the soap star said: “I’m very proud of that legacy! Very proud of it.”

How well do you know your British soaps?

How many times has Ian Beale been married in EastEnders?

What is the name of Bianca Jackson and Ricky Butcher’s son on EastEnders?

On EastEnders in 2002, who accidentally ran Jamie Mitchell over in his car which caused his death?

How many times has Corrie’s Steve McDonald been married?

What happened to Emily Bishop in Coronation Street?

Who murdered Maxine Peacock in Coronation Street in 2003?

Which incident in 1993 killed off four characters in Emmerdale?

When did the show stop being known as Emmerdale Farm?

On what date did Hollyoaks air its first episode?

What was the name of the much-loved Coronation Street pet dog who was put down in April 2020 after 14 years?

1996 saw the arrival of one of Hollyoaks all time bad boys and rival of Kurt Benson, but who was he?

Who is the longest serving character on Coronation Street?

Who shot Phil in EastEnders?

How many fires have there been at Corrie’s Rovers Return?

Get out of my pub, you’re no soaps fan

“I wish it happened more, to be honest, and I think that was the reason why it got such a response because the audience just didn’t see it coming,” Natalie explained.

“That’s why it was such a shock, and the audience felt the same shock as me if you know what I mean? ‘Is it? It can’t be! Is she?’

“As sad as the story was, I think they enjoyed the aspect that they didn’t see it coming,” she said in an interview with Metro.co.uk.

Will the idea Suzy is related to Moira be a storyline twist which isn’t revealed until it plays out on-screen in real-time?

The actress also addressed what it was like to revisit the storyline which was so devastating when it was first broadcast five years ago.

Natalie said: “I was a bit surprised. Sometimes you don’t want too much doom and gloom in the show and when you’re revisiting something that was quite dramatic, you always have to think about what the angle is.

“But I actually really like the angle they’re going for, where it links to where what happened. In some ways, it will piece together some things that Moira didn’t know.

“I was surprised, I’m not going to lie, but it’s something that could happen in real life.

“I quite like the fact that it helps Moira have more to the story in a sense of what actually happened,” but will she be kept in the dark about why her daughter married Suzy?

Emmerdale airs weekdays at 7:30pm on ITV, with an hour-long episode airing on Thursdays.