Emmerdale: Dan Spencer chats to Bob Hope in the kitchen

Dan (played by Liam Fox) has been lingering in the background of his niece, Amelia Spencer’s (Daisy Campbell), storyline on Emmerdale recently as he has become concerned about the way she has become fixated on her body image. This week’s episodes of the ITV soap see him discover the full extent of what she has been doing to herself after she collapses at Home Farm. However, as he becomes worried about the youngster, he could find himself going head-to-head with Noah (Jack Downham) as the young man might become obsessed with Amelia.

The drama continues in next week’s episodes as Kim Tate (Claire King) and Gabby Thomas (Rosie Bentham) take revenge on the Spencers after Amelia dropped Thomas Tate (Bertie Brotherton) after she collapsed.

Dan only releases they have put his house up to let when he sees the sign outside and he immediately confronts Kim on the matter.

It turns out Gabby has gone ahead and done it and so Kim has to bluff her way through the conversation, stating she knows about this development.

When she’s on board with the plans, Kim tells the Spencers they have two months’ notice to find new accommodation before new residents move in.

As the Spencers scramble to find a new home, Kim drops another bombshell on Dan about his seemingly innocent niece Amelia. 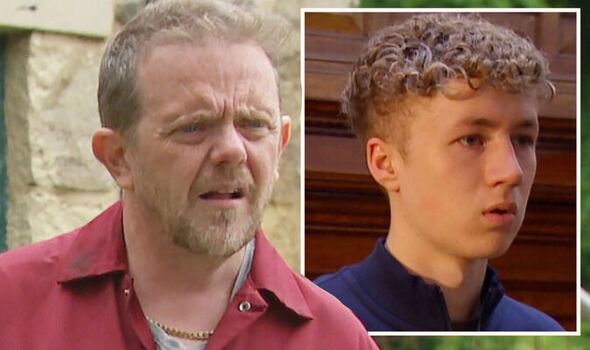 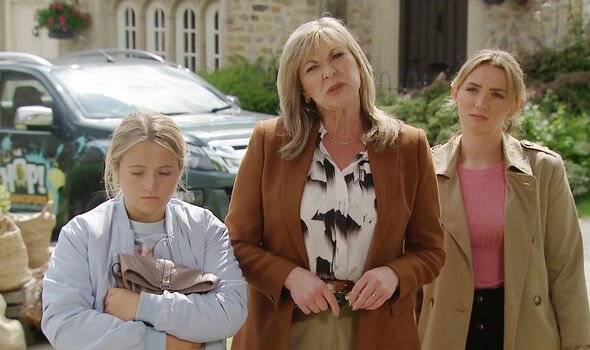 After she finds Amelia trying to steal Gabby’s visiting order to see Noah, which she has done several times already, Kim stops her in her tracks.

Escorting the youngster over to her uncle, Kim and Gabby reveal all and Dan is furious with his niece for going behind his back.

Not only that, but he is angry she managed to impersonate Gabby and she doesn’t seem to care she broke the law on several levels.

As his problems mount up, the mechanic is relieved when Harriet Finch (Katherine Dow Blyton) turns around and invites him and Amelia to go and live with her.

It seems one issue is sorted but Amelia is soon facing the wrath of Noah’s mother Charity Dingle (Emma Atkins) when she discovers the truth. 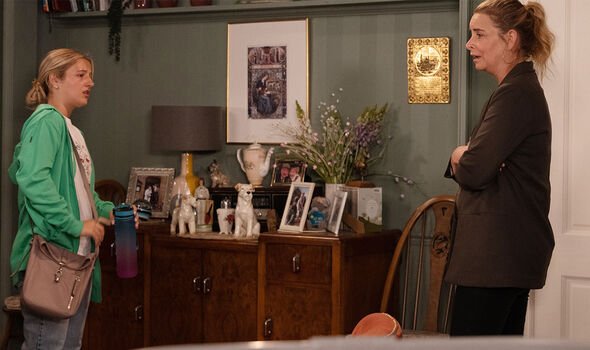 Dan would be furious

Charity rips into Amelia for going to see her son in prison and she wants to know every last detail to find out what they spoke about.

What the pub owner isn’t expecting is to discover her son is being released from prison in a matter of days after he was originally given a three-month sentence.

When he finally returns to the village after a few weeks away, he shuns Charity as he wants nothing to do with her after she reported him to the police.

As he sits and mulls over what to do, he will be pleased to see Amelia as she is the only one who wants to spend time with him.

However, having become obsessed with Chloe Harris (Jessica Elland) in the past, he could start to become fixated on Amelia. 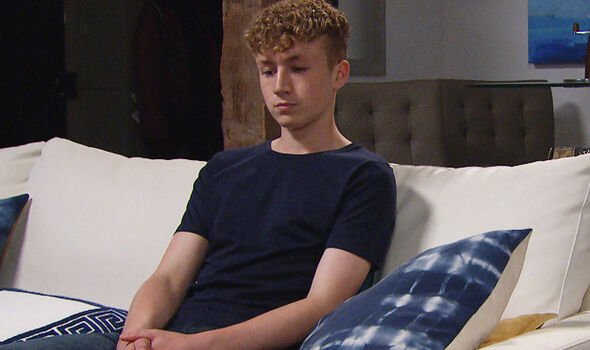 Realising what’s going on, Dan could try to step in and bridge some distance between the pair but this might not go down too well.

As a result, Noah could end up taking revenge on his new victim’s interfering uncle and falter with some of the mechanics on a car he’s working at the garage.

With Dan not realising the place has become a death trap, he could end up being caught in an explosion as the car bursts into flames.

This would make it seem as if the whole thing has been an accident, with nothing being pointed at or leading back to Noah.

Will anyone realise how dangerous the young man has become since he’s been inside?

How well do you know your British soaps?

How many times has Ian Beale been married in EastEnders?

What is the name of Bianca Jackson and Ricky Butcher’s son on EastEnders?

On EastEnders in 2002, who accidentally ran Jamie Mitchell over in his car which caused his death?

How many times has Corrie’s Steve McDonald been married?

What happened to Emily Bishop in Coronation Street?

Who murdered Maxine Peacock in Coronation Street in 2003?

Which incident in 1993 killed off four characters in Emmerdale?

When did the show stop being known as Emmerdale Farm?

On what date did Hollyoaks air its first episode?

What was the name of the much-loved Coronation Street pet dog who was put down in April 2020 after 14 years?

1996 saw the arrival of one of Hollyoaks all time bad boys and rival of Kurt Benson, but who was he?

Who is the longest serving character on Coronation Street?

Who shot Phil in EastEnders?

How many fires have there been at Corrie’s Rovers Return?

Get out of my pub, you’re no soaps fan

The actor who plays Dan, Liam, has spoken about his character’s feelings over Amelia’s relationship with troublesome Noah.

Liam explained: “Dan would be furious!

“With everything Noah has done, he would not want Amelia anywhere near him,” the soap star added so could Dan’s time be coming to its end?

Having been on the show for over 10 years, Dan has become a staple piece of village life, with the character involved in several high-profile storylines.

With the beloved villager also moving in with Harriet, it could have been bosses were planning for him to have a new romance.

However, if he is killed off, this could mean the whole relationship will be brought to an end and Harriet will have to help Amelia with her grief.

Liam also discussed how worried his character has become over his niece, with the actor adding: “She doesn’t directly open up.

“There are comments about her body image, self-doubt and not being good enough.

“Dan has become more aware that Amelia isn’t happy with her image and how she looks, he can’t get his head around that at all.

“He’s worried about her mental health, her own self-belief and what drove her to take that syrup in the first place.”

Emmerdale airs weekdays at 7:30pm on ITV, with an hour-long episode airing on Thursdays.