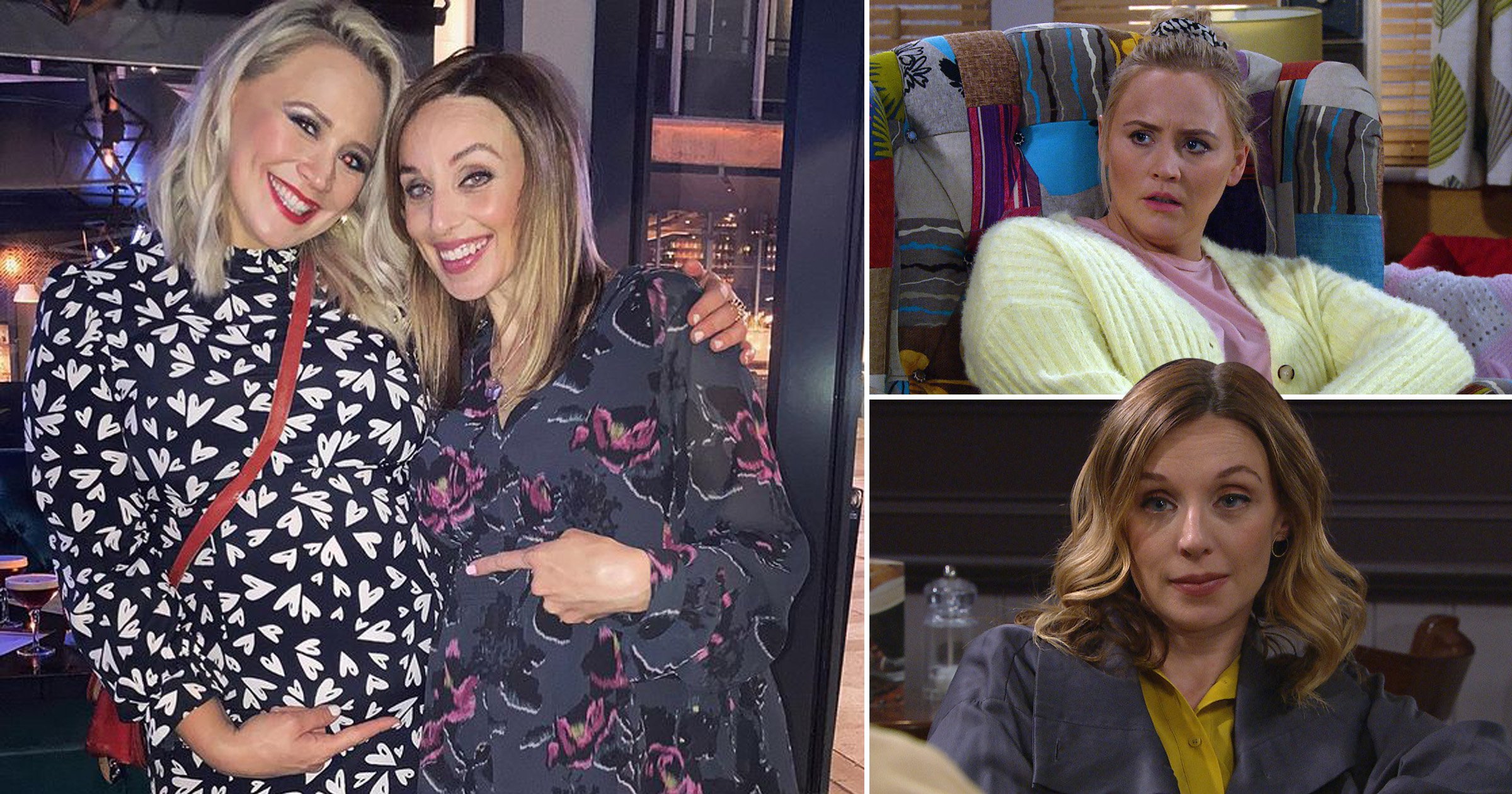 Pregnant Emmerdale stars Amy Walsh and Anna Nightingale were enjoying a night on the town when they shared a sweet photo of their matching bumps, dubbing themselves ‘bump twins’.

In early September, Amy announced that she was expecting her first child with her boyfriend, EastEnders actor Toby-Alexander Smith.

A few weeks later, it emerged that her Emmerdale co-star Anna was also pregnant, announcing that she is preparing to welcome her second child with fiancé Daren Dixon.

The two soap stars recently headed out for a night out, with Amy sharing a joyful snap of them both on her Instagram Story.

In the picture, Amy is wearing a black dress with a white heart print, her arm wrapped around Anna as she cradles her bump.

‘It’s out! This gorgeous lady is expecting too!’ she wrote in the caption, alongside the hashtag: ‘#BumpTwins.’

The photo showed Anna pointing at Amy’s bump, accessorising her floral dress with a pair of comfy trainers.

Amy has played Tracy Metcalfe on Emmerdale since 2014, while Anna has been on the soap since 2019 as Andrea Tate.

When Amy announced her pregnancy news, she wrote in a statement shared online how ‘lucky’ she felt.

‘It feels as though the way everything happened was meant to be,’ she said.

‘I thought I might struggle with fertility, so for pregnancy to happen quite easily and when I wanted – I was gobsmacked. We feel incredibly lucky.’

Anna, on the other hand, explained to OK! magazine, how she and Daren went about telling her daughter Autumn that she was going to become a big sister, as they suspected the young girl might spill the beans if she found out too soon.

‘Autumn’s very vocal and loves to talk to everyone’, the actor said.

‘We had to be calculated about when we told her. We knew she’d do something like be in our local shop and say, ‘I’ll have this ice lolly please, and mummy’s having a baby!’

Anna figured out a creative method to tell Autumn the news, making her a ‘movie trailer’ which included the scan video.

‘I could see the cogs turning in her mind and it dawned on her,’ she recalled.