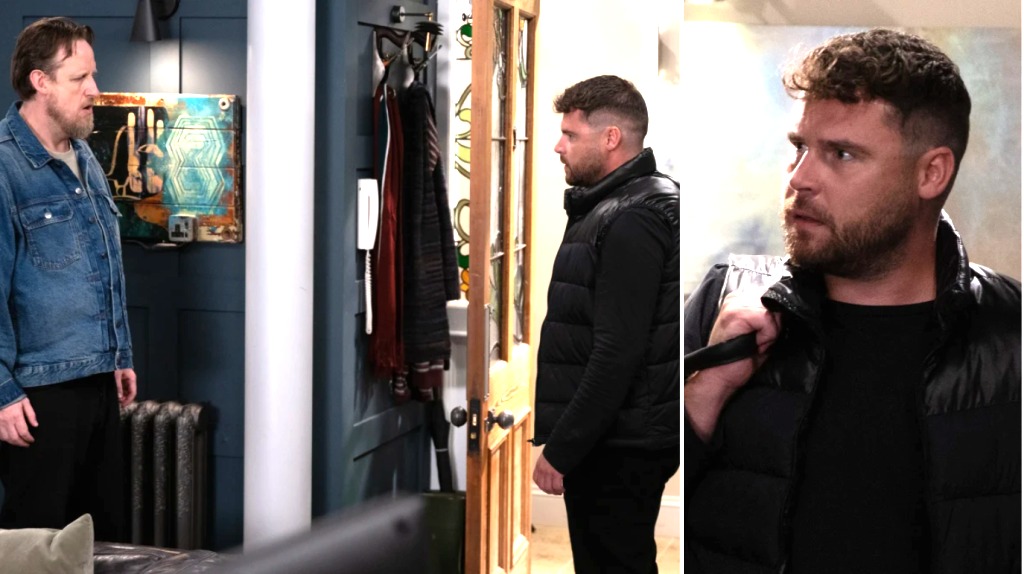 Emmerdale is getting ready to celebrate its 50th anniversary, and what’s a birthday without old friends? Thankfully, Aaron Dingle (Danny Miller) is set to return to the village, and is sure to bring drama in his wake.

Following the news that Faith (Sally Dexter) doesn’t have long left to live, Aaron returns to be with his family.

‘Originally, he comes back because he knows his gran’s not very well’ Danny revealed.

‘In the meantime, he can have an opportunity to see Liv and try and right the wrongs.’

Aaron and Liv’s relationship was fractured when Aaron left, feeling like he ‘had to get away’.

‘He left on the back of quite a whirlwind of fighting and arguing and all that kind of stuff, Liv’s drinking and everything that happened with Ben.’ Danny explained.

Viewers will remember Ben Tucker (Simon Lennon) as Aaron’s boyfriend, who fell victim to murderous Meena (Paige Sandhu) in 2021. However, Aaron’s sister Liv (Isobel Steele) was implicated in the murder after an altercation with Ben that saw her steal his phone.

This led to Aaron’s departure from the village.

‘He was dreading the thought that if Liv does get found guilty, he’s lost his boyfriend and his sister.’

One thing we’re desperate to know is whether Aaron and Liv will rebuild their relationship.

Danny seems to think that there is a chance.

‘That bond they’ve got and everything they went through with Gordon and bringing Liv into the village away from Sandra and fighting off Sandra when she came back to try and take Liv back with her and stuff, it’s a bond that will never break, it’s just damaged for the short term.’

However, there is one small obstacle, in the form of Liv’s husband, Vinny (Bradley Johnson).

Aaron arrives in the village just in the nick of time, as nasty Terry attempts to flee after knocking Liv unconscious. With his wife in hospital, Vinny refuses to let Aaron in to see her, insisting that Liv wants nothing to do with him.

Will Aaron be able to make things up with Liv?